Young bankers worry about nights off early and dark days ahead 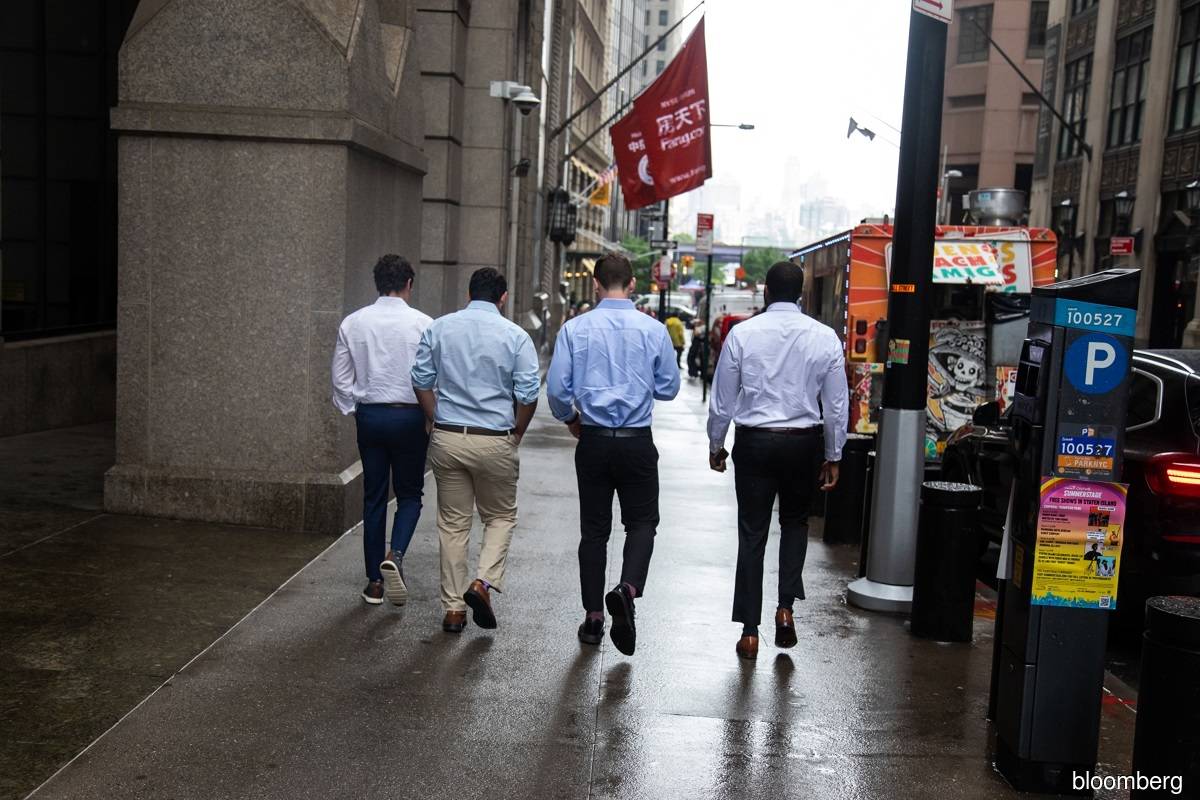 They are anxious about building careers without big deals to cut their teeth on.

NEW YORK (Aug 17): On a boat under the Statue of Liberty at happy hour one August Thursday, young Morgan Stanley colleagues sipped champagne and smiled. Two Citigroup Inc banking analysts left the company's headquarters by 5.40pm to drink across the street. A young investment-banking analyst who came close to burning out last year now has enough free time to take in Broadway shows.

All that was practically unthinkable a year or two ago.

Back then, underwriting and advisory work was piling up and junior bankers were groaning under the strain, setting off a rebellion by Wall Street workers who could not find time to eat or shower. Underlings at Goldman Sachs Group Inc put together a presentation begging bosses to cut weekly hours to 80, and the bank was among many that ended up promising more flexibility and time off.

As summer nears its end, finance-industry rookies are relishing their freedom while some worry about what it means for their future careers. Anxiety is simmering in Wall Street's kinder era for incomers, according to interviews with 10 young bankers. They are enjoying the boats and bars, but lacklustre work, plummeting global dealmaking and the prospect of shrinking bonuses and layoffs are bringing them down.

"As you enter this period of market uncertainty, it can be a little unsettling" for a workload to decline, said Matt Walicki, a 24-year-old banking analyst at Mizuho Americas. He said the intense months of 2020 set a benchmark, which now makes him all the more grateful for time to play tennis or golf. Still, "it's a slower flow of deals than we've seen, and I think that's shifted the nature of the work".

All these may amuse the veteran bankers who savour the non-stop grind and have mocked pleas for work-life balance. But younger bankers are not complaining about the advances they have made. They are anxious about building careers without big deals to cut their teeth on, even if they are now pulling in starter salaries that were bumped above US$100,000 (RM446,805).

The Citigroup analysts, one wearing jeans and a polo shirt, the other in jeans and pink button-up, were drinking beer at Greenwich Street Tavern on a recent Tuesday as a swarm of colleagues headed out from the bank tower across the street.

Their hours have not been as bad as they used to be, they said, asking not to be identified talking about their jobs, as did several others. They work from about 10 in the morning to 10 at night, with breaks like this one to get a drink. Only about once a month do they work well into the night. It is more fun, except for when they worry about rumours of falling bonuses throughout the industry.

Just before 3pm that Friday, one senior Citigroup banker was happy to notice junior employees fleeing for the day, seeing it as a sign that the lender was offering a good work-life balance.

Joanna Levy, a first-year analyst at Solomon Partners, has not had a "ton of downtime", although things are "maybe a bit slower than the fall".

Elsewhere, the banker who sometimes heads to Broadway at night is now focused on pitching rather than dealmaking, one reason she is not feeling satisfied or challenged. She is not sure if she will stay or go.

Last year, Wall Street's overworked young bankers rang alarm bells in a way few industry rookies had ever dared, telling bosses they were miserable and exhausted. In response, several bosses raised their salaries and vowed to give some free time every weekend. Since then dealmaking was stymied by market volatility, recession fears, and Russia's invasion of Ukraine, with investment-banking revenue plummeting 43% across the five biggest US banks in the first six months from a year earlier.

A closely watched report this month warned that this year will be "a real downer" for banker bonuses, and a top executive at Goldman Sachs cited a difficult operating environment last month when he warned the bank would "slow hiring velocity".

Not all young people on Wall Street mind a calmer summer. One private-wealth analyst at a big global bank is going on dates and thinking about starting a wellness company. Across town, a first-year analyst at Morgan Stanley who was on the happy-hour boat has been enjoying rock-climbing in a Queens gym and singing karaoke in Koreatown, even if the job is a bit more boring than she would prefer.

And not everyone in banking has free time. A first-year investment-banking analyst at Bank of America Corp is still working long hours, but the second-year analysts tell her friends she has it better than they did. That means, when she has to work weekends, she starts around noon on Sundays instead of 9am. What makes her anxious is not the present but the future: Recruitment has seemed quieter, she said, making her and her friends nervous about next year.

They are even gaming out how the landscape of the finance industry will change in the years ahead. If more analysts stay, there will be more of them to compete against when it comes time to nab their first promotions.