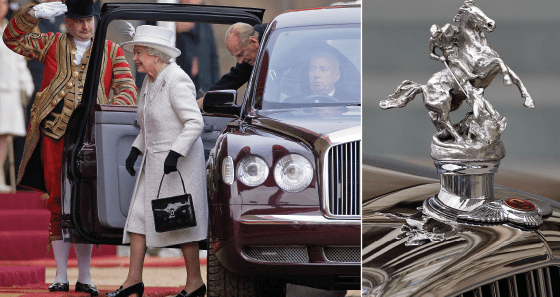 “WE are not the taste police.”

That’s Eric Shepherd’s take on what Rolls-Royce will and will not do to its cars on behalf of customers. Basically, as the head of Rolls-Royce North America told me over brunch in New York, nothing is forbidden.

“Outside of compromising the safety of the car — or disfiguring the Spirit of Ecstasy — we won’t say no,” he said.

Which in Rolls-Royce world can mean saying yes to mother-of-pearl inlays, crocodile skin seating, rabbit pelt lining, and mahogany trim. Or building watch cases into the doors of the car for quick changes between the office and the opera. Or customising a diamond-studded interior, US$30,000 (RM109,200) picnic set, and fibre-optic constellation across the interior roof of a Rolls-Royce Celestial, a Phantom one-off it made in 2013 reportedly for an oil baron.

In fact, 95% of all Rolls-Royce customers order their cars bespoke in some way. The number rises to 99% in Middle Eastern markets.

So much for subtlety. These days, such companies as Rolls-Royce, Aston Martin, Bentley, and Jaguar are catering to their fastest-growing bespoke markets: Eastern oligarchs and Silicon Valley wunderkinds who love bright colours, two-tone paint jobs, and exotic trimming. And automakers are spending millions to open and expand their bespoke houses to meet the appetite for extreme personalisation.

Last year Jaguar Land Rover was the latest in the ranks to launch a bespoke division — this one called Special Operations — which includes teams for making new cars totally unique. They also have a “heritage” division that works on classic vehicles such as the iconic E-Type Jaguar. (A few of these Special Ops cars will even appear in Spectre, the next James Bond flick.)

Since 2011, Bentley has seen a 70% increase in bespoke orders in its Mulliner programme, while Aston Martin has gone from 40 to 400 cars since 2012. More than 40% of Lamborghini Aventadors were customised last year, while 3% of those were specialised to the highest level, becoming basically one-offs, a spokesperson said.

“There is an increased interest in differentiation, in doing things in a unique way,” Bentley’s Geoff Dowding said. “Being given that opportunity is something that makes you feel good. It makes you feel on top of the world.”

There’s a difference between what we’re talking about when we say “personalised” and “bespoke,” in the automotive sense of the terms. What I’ve been describing are bespoke cars. But many high-end automakers offer wide, if standard, options of leathers, paint colours, and materials from which to choose when you buy. Lamborghini’s normal outfitting programme, for instance, is called Ad Personam, and Bentley’s standard Mulliner shop offers more than a million potential combinations of leather, threads, wood, and paint. That’s personalisation.

Truly bespoke programmes go beyond that, allowing customers to dictate what they want out of thin air. There’s plenty of precedent. At the turn of the last century, patrons of Messieurs Rolls and Royce would visit their favourite Savile Row tailors before walking up the street to deliver the same fabric to the guys at Rolls, to use it on the seats. And Mercedes-Benz used special tartan to line the seats in some of its most prized vintage 300SL Gullwings.

These days ladies bring in handbags so workers can match the leathers. Men bring in family crests for special embroidery; they ask for hidden storage boxes and humidors and coolers sized to fit their favourite brand of champagne. Emotions — and emotional engagement with the process —run high.

With that level of specification, it takes a while to finish the perfect product. Fortunately this calibre of client is willing to wait.

The mint-green Rolls-Royce that mattress mogul Michael Fux ordered took more than a year to develop, and even simple embroidering or wood embossing can delay a car delivery several months.

It looked like a big scoop of Coney Island ice cream. Not that it mattered a whit to the folks at Rolls.

“We don’t feel the need to somehow defend a sense of prestige — we want to make our customers happy,” Shepherd said.

After all, they’re not the taste police. — Bloomberg 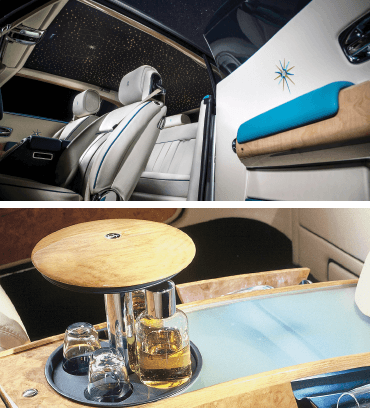 This article first appeared in The Edge Financial Daily, on February 23, 2015.