‘You are like an ostrich burying its head in the sand’ 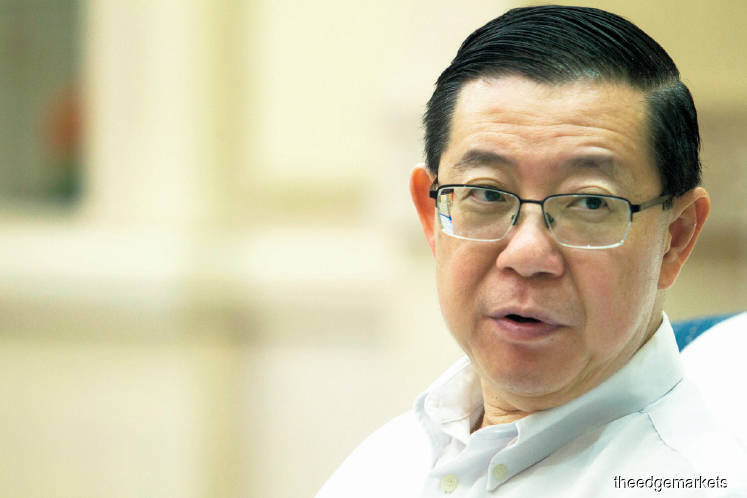 KUALA LUMPUR: Finance Minister Lim Guan Eng lambasted opposition members of parliament (MPs) from Barisan Nasional (BN) yesterday for refusing to face the reality that 1Malaysia Development Bhd (1MDB) is a mega scandal, calling them “an ostrich burying its head in the sand”.

He said scandals relating to illicit financial outflows are the cause of the country’s present fiscal woes.

“You are like an ostrich burying its head in the sand and you are not performing your duties as a member of parliament. What happened was a mega scandal. Many cover-ups were done, but some quarters refuse to admit this,” said Guan Eng, who is MP for Bagan, in Parliament yesterday.

“It is okay, regardless of in the court or in this house, we are committed to discovering the truth on 1MDB to ensure that justice is served for all Malaysians,” he added.

Earlier, Guan Eng caused an uproar from the opposition MPs with his frequent mentioning of the 1MDB scandal when replying to Datuk Seri Dr Ronald Kiandee (BN-Beluran), who raised the issue of trade misinvoicing as a cause of the country’s high illicit outflows.

Guan Eng told Kiandee that while trade misinvoicing is one of the factors that cause Malaysia to face high illicit financial outflows, corruption and cases like 1MDB have also contributed to the financial leakages.

“As a finance minister, don’t you have any other points? Why are you repeating the same point over and over again? The matter is already in court,” Shamsul Anuar said.

This prompted Dewan Rakyat Deputy Speaker Nga Kor Ming to mute Shamsul Anuar’s microphone, noting that the latter did not obtain permission to speak as the House floor belonged to Guan Eng who was speaking during that session.

Later, speaking to reporters at the Parliament lobby, Guan Eng defended the government’s decision to disclose the fact that there were amendments made to the Auditor-General’s (A-G) Report on 1MDB, adding that it owes the people the right to know the truth in this scandal.

Guan Eng said while there are questions raised with regard to the government’s motive in making such disclosure as the case is still undergoing court proceedings, nobody seems to question Umno-owned newspaper Utusan Malaysia, which reported the amendments two days ahead of official announcement.

“What had happened was as stated by the A-G (Tan Sri Dr Madinah Mohamad) in her press statement. If you are talking about disclosing this, the people have the right to know the truth, and before A-G issued the statement, I was shocked over how Utusan Malaysia knew it first,” he noted.

“Is Utusan Malaysia to be questioned whether it is reasonable to publish what it disclosed two days ahead of the government’s announcement? It even went to the extent to say that [former prime minister Datuk Seri] Najib [Razak] and his officers had conducted treason. So, please ask Utusan Malaysia first before asking me whether it is reasonable to make such disclosure,” said Guan Eng.

Madinah confirmed that the original audit report on 1MDB issued in 2016 by the National Audit Department had been altered, and that orders to tamper with the report first came from Najib.

In her statement on Sunday, Madinah said among the alterations that were done prior to the audit report being presented to the Public Accounts Committee on March 4, 2016 was the removal of the mention of Low Taek Jho’s, or Jho Low’s, attendance at a 1MDB board meeting.