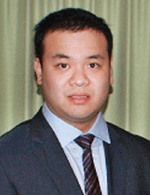 KUALA LUMPUR: Yinson Holdings Bhd has clinched a contract for the chartering, operation, and maintenance of a floating production, storage and offloading (FPSO) facility of up to US$2.539 billion (RM9.166 billion) for oil and gas (O&G) support operations in Ghana.

Yinson (fundamental: 1.5; valuation: 1.5) told Bursa Malaysia yesterday that a consortium made up of its indirect wholly-owned subsidiary Yinson Production (West Africa) Pte Ltd (YPWA) and Yinson Production West Africa Ltd (YPWAL), had been awarded the contract by Italy-based Eni SpA’s unit in Ghana, Eni Ghana Exploration and Production Ltd (Eni Ghana). The FPSO will process O&G from the Offshore Cape Three Points (OCTP) block in the Tano Basin, which is approximately 60km off the coast of Ghana.

“The contract is for a firm charter period of 15 years with five-yearly extension options exercisable by the client.

“The estimated aggregate value of the contract (excluding reimbursable and cost escalation) during the firm charter period is approximately up to US$2.539 billion) and an estimated total aggregate value of up to US$3.256 billion if Eni Ghana exercises all five-yearly extension options,” said Yinson.

“This contract is a game changer for Yinson. This is by far our largest contract to date, [and] brings us into the top tier of FPSO players, and demonstrates the excellent strategic value of our acquisition of Fred Olsen Production in 2013,” said Yinson chief executive officer Lim Chern Yuan in a press statement.

The group added that Eni Ghana, in an announcement on Tuesday, had informed the market that Eni Group and its partners had signed an agreement with the President of Ghana and the minister of petroleum to proceed with the OCTP project.

Meanwhile, under the contract, YPWA is the FPSO chartering company while YPWAL is the company engaged in the operation and maintenance of the FPSO. “The FPSO is expected to commence operations in the OCTP block in 2017,” Yinson said, adding that the contract will contribute to its revenue and earnings from the financial year ending Jan 31, 2018 (FY18) onwards.

“The win is definitely credit positive to the company,” an analyst with Kenanga Research told The Edge Financial Daily over the phone, adding that his firm may raise Yinson’s target price (TP) to RM3.

Currently, the firm has an “underperform” call on Yinson, with a TP of RM2.31.

“We are still working out the exact number and rating. But we are keeping our earnings forecast unchanged for now as the company will only realise contributions from [the job] from FY18,” she said.

Another analyst, who declined to be named, said there will not be much change in his calculations as he had factored the job into his earlier estimation on Yinson. His firm has a “hold” call on the stock, with a fair value of RM2.97.

The trading of Yinson’s share was suspended between 9am and 10am yesterday in conjunction with the contract announcement. When trading resumed, the stock rose as much as eight sen or 2.8% to RM2.98 before shedding its gains to close unchanged at RM2.90, giving it a market capitalisation of RM3.01 billion.