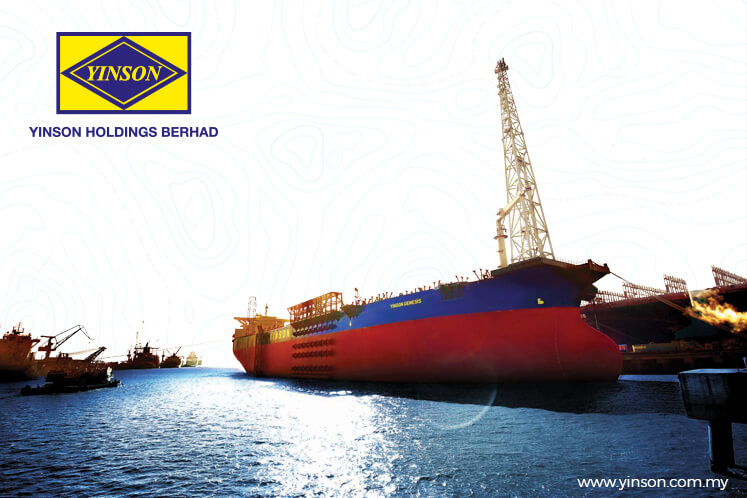 In the fourth financial quarter of FY18 (4QFY18), Yinson’s net profit grew 11.6% to RM57.14 million from RM51.2 million a year ago, on a higher contribution from its offshore and marine segment.

In a filing with Bursa Malaysia yesterday, Yinson noted a significant increase in the contribution from its offshore and marine segment from RM542.74 million to RM909.15 million and a stronger US dollar for FY18.

For the full year, Yinson’s net profit jumped 48.3% to RM292.18 million from RM197.05 million in FY17, mainly attributable to a better profit contribution on a higher revenue from its offshore and marine business. The positive effects were offset mainly by a higher impairment loss and higher income tax expense of RM50.99 million, Yinson explained.

The new record-high net profit is 17.9% higher than the previous record at RM247.68 million it achieved in FY15.

The board declared a special dividend of four sen per share for FY18, payable on June 8, 2018.

On its prospects ahead, Yinson said the O&G sector remains challenging and uncertain due to protracted oversupply, emerging new alternative energy resources and financial institutions’ risk appetite towards the sector.

In a separate filing yesterday, Yinson announced that its interim contract with PetroVietnam Technical Services Corp (PTSC) to charter its 49%-owned FPSO PTSC Lam Son for the Lam Son Field offshore Vietnam is effective from July 1, 2017 to Dec 31, 2018. The contract value is approximately US$27.3 million (RM105.65 million).

Meanwhile, Yinson on Tuesday announced that a force majeure was declared for its FPSO under charter by Talisman Vietnam 07/03 BV (TLV) at the Ca Rong Do O&G field in Vietnam.

This means TLV will be temporarily exempted from its contractual obligations entered into on April 26, 2017 with PTSC Ca Rong Do Ltd (PTSC CRD) — a joint venture (JV) between Yinson’s indirect wholly-owned subsidiary Yinson Clover Ltd and PTSC — for the supply of the FPSO. Yinson Clover has a 49% stake in PTSC CRD.

Although management reaffirmed that Yinson will be entitled to claim full compensation for the costs incurred for the FPSO, AmInvestment Bank Bhd analyst Alex Goh commented that the foregone future revenues from a likely charter termination could reduce Yinson’s earnings for FY20 by 11%.