Yeo Jiawei bragged about being broker of deals with connections to Mid-East royal families, M'sian businesses 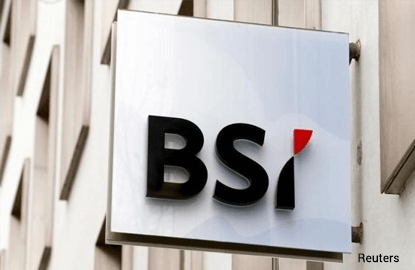 SINGAPORE (Nov 17): Prosecution spent the whole of Thursday pressing forward its case that ex-BSI wealth planner Yeo Jiawei was very much in control and key to some of the transactions involving 1MDB mastermind Low Taek Jho.

This was the second full day that Yeo was taking the stand. He is on trial for four charges of tampering with witnesses.

Yeo has steadfastly maintained that he was a junior employee with the bank, taking instructions from his senior colleagues Yak Yew Chee and Kevin Swampillai.

Yak was Low’s private banker, while Swampillai was Yeo’s former boss at BSI.

Yeo told the court that after he left the bank in June 2014 to work as an independent consultant, his role was largely confined to taking instructions and shuffling documents on behalf of clients like Low and his family, as well as Low’s close associate Eric Tan Kim Loong.

Yeo also said he was playing the role of a “business introducer” and hoped to earn a cut of the fees. He told the court he had earned between US$12 million to US$15 million worth of such introductory fees.

But his pot could have been bigger.

Yeo said he tried to introduce Mohamed Badawy Al-Husseiny, then CEO of Aabar Investments PJS, to buy over Amicorp Bank. The plan was for Tan to run the bank when the deal was completed.

The court heard on Thursday that there was at least one meeting involving various parties such as Low, Tan, and Husseiny, as well as Amicorp Group CEO Toine Knipping. The meeting took place last year at the luxurious Sandy Lane Hotel in Barbados, where Knipping is based.

Yeo maintained that he was also at the meeting so that he could be involved.

“I’m the introducer, I hope to get a fee out of it,” he told the court on Thursday. This was in reference to a picture he took of the meeting, showing Low and Husseiny in the hotel meeting room.

The deal did not eventually materialise.

“Tell him go fly kite”
However, Tan produced excerpts of some Whatsapp conversations that took place last April between Yeo and Jose Renato Carvalho Pinto, an Amicorp relationship manager who was serving clients such as Low, Tan and Aabar.

One of Yeo’s charges of witness tampering is for asking Pinto to stay away from Singapore and to destroy his laptop.

From the messages, it can be seen that Yeo had tried to portray himself as a key person. He ordered Pinto to “fix” dates and meetings, and take care of other miscellaneous arrangements.

Yeo was also indignant that Amicorp’s CEO Knipping didn’t really know who he was.

Tan put forward a Whatssap message from Yeo to Pinto, who had asked Yeo how to describe Yeo to his Amicorp bosses. “Tell them I am an ex-banker, who now broker deals, that has connections to Middle East royal families and prominent business in Malaysia and Indonesia,” Yeo said.

However, Yeo’s description didn’t quite work like a charm and his role faced some questions. The court also heard how Hans Herrmann, an Amicorp director who also holds the job title Chief Asset Protection Officer, tried to move the negotiations between Aabar and Amicorp forward.

Herrmann wrote to Pinto: “I think the very best thing is for us to sit down with the relevant people and sort this out in person. This way is very ineffective.”

When Pinto showed Yeo the message from Herrmann, Yeo went on a rant.

Within just three minutes, Yeo sent Pinto messages in this sequence: “Sit down with me tell him go fly kite; don’t give me the info the deal is off; I’m the f**king relevant person.”

“Why not propose another call?” Pinto suggested.

Yeo continued: “Damn it Jose, don’t waste time by sending this kind of messages to me; I don’t want to talk to him; if not f**k off; tell him to fly in to see me; waste my f**king time.”

Pinto replied: “Will pass the message to him.”

Yeo went on: “Then he will f**king understand how to do this kind of biz; I will probably cancel his meeting when I (sic) actually fly in the first time.”

Yeo admitted to the court that he was indeed furious when he wrote those messages to Pinto.

However, he said he did so as he was afraid that he would be cut off from what he thought were his rightful fees as an independent introducer. “I am an independent consultant, I’m not with any big bank or company,” Yeo said.

DPP Tan pointed out that Yeo’s threats to kill the Amicorp deal was not congruent with what typical business brokers do.

At one point, Yeo tried to ask how Tan’s questions were relevant to the witness tampering charges he is currently on trial for.

Tan replied that the prosecution is trying to show how deeply Yeo was involved with the Amicorp and related transactions, so much so that when investigations on the alleged money laundering began, Yeo told Pinto to stay away. By doing so, Yeo had hindered CAD’s probes.

Shanghai-Hong Kong entourage
Earlier in the day, Tan produced a flight manifest from June 4 last year for Low’s private jet from Shanghai to Hong Kong. That was part of the prosecution’s case to portray how close Yeo is to Low, despite his earlier attempts to say dealings were largely indirect and via people like Yak.

Besides Low and Yeo, there were six other passengers on the flight. They include Low's girlfriend from Penang, Jesselyn Chuan Teik Ying; Tan; Yak; and former 1MDB staff Jasmine Loo Ai Swan, who was wanted by Malaysian authorities for 1MDB-related investigations.

There were also two other individuals: Kee Kok Thiam, and Laogumnerd Phengphian, a Thai national. Yeo said Phengphian might be Low’s classmate at Wharton Business School, and is supposedly a relative of Low.

To further support its case that Yeo was very much on top of things, the court was also shown an email chain originating with an instruction from Nik Faisal, managing director of SRC International, which is a 1MDB subsidiary and also client of BSI.

According to the email chain date April 2012, Swampillai wrote to Yeo and asked to be briefed on Faisal's instructions. This contradicted Yeo’s claims that he always took instructions from Swampillai.

In response to this evidence, Yeo said that Swampillai might have been away from office that day.

Yeo tried to explain that he had given varying accounts as he felt that the prosecution was taking things out of context. Yeo said the prosecution had attempted to portray him as someone close to Low, which he wasn’t. "If you say I am up-playing, then I say you are down playing," retorted Tan.

The trial, which has lasted for 11 days thus far, will continue on Tuesday, Nov 22.