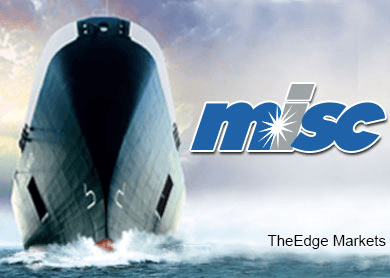 Yee, 46, was appointed to his current position in July last year where he was also given oversight over the group's finance and human resource functions as well as the chemical tanker business unit.

In a filing with Bursa Malaysia today, Petroliam Nasional Bhd's (Petronas) shipping arm said Yee first joined MISC in 2001 as senior manager of research and evaluation of the corporate planning and development unit.

Yee is also a director of Malaysia Marine and Heavy Engineering Holdings Bhd.

Nasarudin joined Petronas in 1978 and held various positions within the oil and gas group including as vice-president of corporate planning and development and group CEO of KLCC Holdings Bhd. He was also senior general manager of corporate planning and development division, executive assistant to the president and general manager of marketing at Petronas Dagangan Bhd.