Year of the Goat: Myth or science? 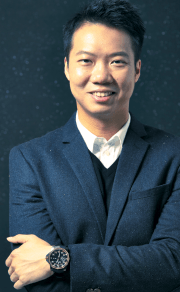 WHEN the clock struck midnight on Feb 15, it quietly marked the “birthday” of the “Year of the Goat” and signalled the exit of the Horse Year according to the Chinese zodiac chart — thus initiating the start of the annual celebrations for the Lunar New Year.

The question is how did the Chinese calendar come to be named after 12 animals?

There is the legendary folklore where the Jade Emperor threw a “heavenly feast” and invited all the animals to attend, or the alternative tale of a race organised among the animals, which led to the rat “taking the lead” on the zodiac chart.

Stories aside, live it! sought out consultant and Chinese astrology expert Joey Yap (pic) to get to the bottom of it — are the zodiac signs and their characteristics just some made-up hocus-pocus, or is there actual science to them?

“The stories for all these myths are nonsense. There are no such things as animals and their behaviours [affecting us],” Yap continued. Instead, the “animals” are simply names for the positions of groups of stars in various constellations.

In other words, it is astronomy — and for astrology believers, including Yap, these positions carry significant influences on both individuals and the environment, the latter being the study of feng shui.

“Chinese astrology categorises the groups of stars into 12 columns in a circle,” he explained, and what we now know as the Big Dipper or “seven stars of the north” also sits the unmoving North Star Polaris, which is used to determine which column governs the year.

“The [Big] Dipper looks like a hook, and the handle always points to the north. As the earth goes around the sun, the ‘hook’ points at a particular column,” said Yap on how the cycle of 12 “animals” of the zodiac came to be.

Debunking the myth that those born of the same animal signs would share certain characteristics, Yap is emphatic that the zodiac signs have no general effect on people’s personalities or characteristics.

“Those born in the Dog Year don’t have fleas, the Goat Year ones are not necessarily vegetarians ...” he shook his head, “Not many dare to talk about this, but it’s all made-up!”

He also called out the so-called experts who capitalise on this, pointing out that even among a particular column, the movement of stars within it creates variations of patterns — the basis of cyclical patterns studied by astrologers for hundreds of years — that mark the birth of each person.

“Each person actually has four animal signs — the year, month, day and hour,” Yap explained, emphasising the utter importance of reading into a person’s “chart” in totality.

For example, the year’s zodiac sign refers to the outer range of stars, governing networks and social circles. As such, it only affects friends and those around but not the individual personally. The month’s sign governs career and business, while the day’s zodiac sign is what actually governs the individual’s characteristics.

Another myth, according to Yap, is the popular tendency for feng shui and Chinese astrology gurus to be labelled soothsayers.

“We don’t predict someone’s future. Nobody can,” he stated, “Unlike what a lot of people think we do, we’re not fortune tellers.” The Chinese astrology consultant is keen to make it clear, “Don’t believe someone just because they say it’s going to be a bad year.”

However, Yap certainly believes that anticipating it is entirely possible, “But we can anticipate the future, and with anticipation ... change certain parts of the future you don’t like.” He also prefers to refer to what he does as “analysing destinies”.

“To every extent, you are in control,” Yap replied, barring circumstances such as natural calamities and disasters.

Helped by “destiny analysts” such as himself, Yap presents an almost irresistible combination of discovering your natural-born destiny, with full control to transform it, steered by common sense and practicality.

The master consultant said his job is one that helps people understand their characters and potentials, and from there what they can do to become better.

People can then “take this information, and apply it to logical use”. He gives an example with the acquiring of wealth, “A lot of people think it is fated they are born poor, but that’s not true.”

Yap claims astrology can reveal the type of personality people are — whether it is higher risk tolerance or lower, better management skills or otherwise to be managed by others.

“You can then allocate from there how to distribute your wealth for maximum gains,” he pointed out.

It shouldn’t be so surprising then, although somewhat ironic, that Yap sees the concept of “luck” as more of a matter of perspective.

He observed that the majority of people “are just waiting for things to happen, driven by circumstances”, but no one can avoid decisions.

For him, the key is seeing better options, with the help of astrology.

“A good life is a result of our decisions,” Yap said, “How do we make decisions? By evaluating the options we have that are surrounding us at the time.”

He does not mince his words that some have it better than others and will keep having it better, simply because they are in a better position surrounded by good options.

However, that doesn’t automatically equate to good fortune. He pointed out that money — usually the biggest motivator for those seeking the help of feng shui and Chinese astrology — is a paradox.

“The more you have, the more chances you have of losing it.”

If luck is about having a windfall or more money without effort, it can signal the start of bad fortune, according to Yap, based on his 20 years of experience with people.

“When someone comes for a reading, I always talk to them first about adjusting perspectives. Some people see opportunities, some see dead ends ... if you choose to see problems as opportunities, chances are you might create a breakthrough,” Yap highlighted.

This article first appeared in The Edge Financial Daily, on February 25, 2015.