Xi’s celebrity crackdown no match for Universal Studios in China 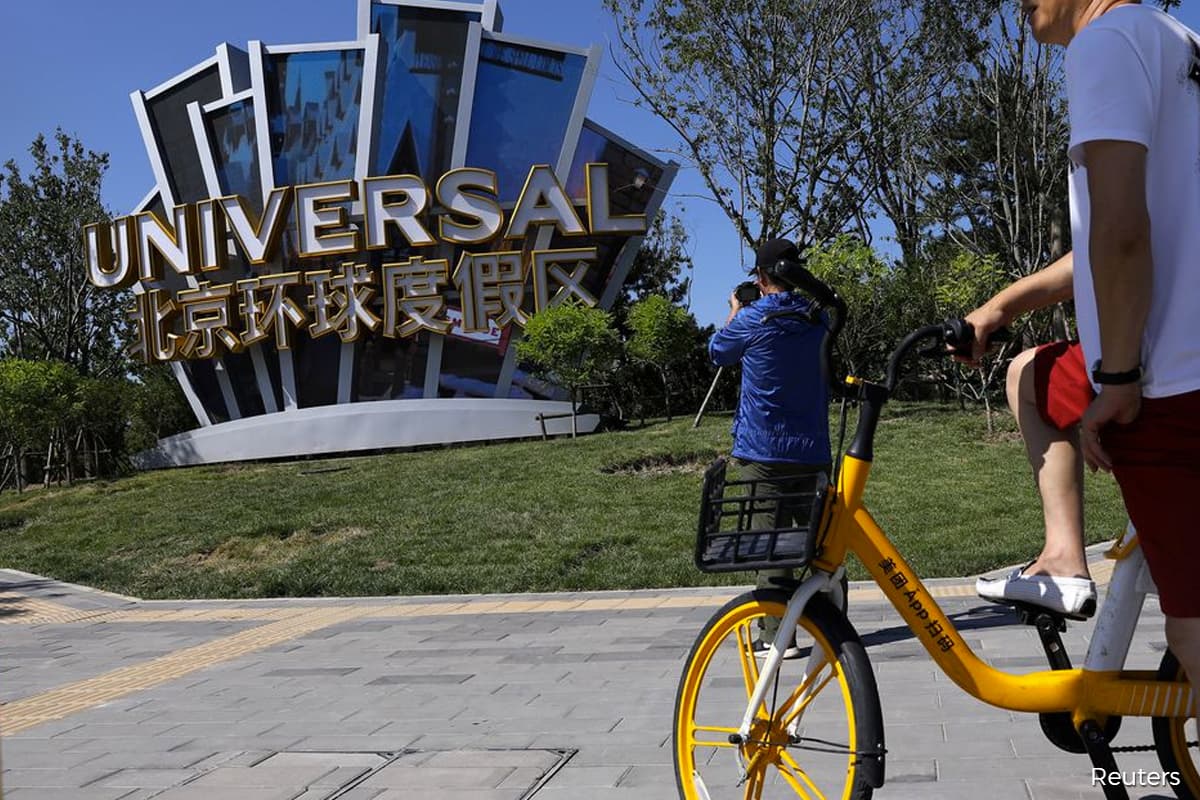 Tickets for the grand opening on Monday, priced at 638 yuan (US$99), sold out within 30 minutes of going online last week -- as did rooms costing as much as 20,000 yuan at the resort’s two hotels, according to state-run media. Fliggy, an online travel site operated by Alibaba Group Holding Ltd., last week apologized for overselling the 500 yuan Universal Express Pass that lets visitor skip lines.

The park became the most-searched topic on China’s Twitter-like platform Weibo on Monday morning, with visitors undeterred by the damp weather posting videos of “Harry Potter” experiences and a grand opening ceremony.

The surging demand underscores the challenge Xi faces in dampening the appetite for celebrities among the general public, as the Communist Party looks to curtail foreign influences and promote the concept of “common prosperity.” A commentary published widely in state-run media last month warned against “fan culture” and “worshiping Western culture.”

Earlier this month the National Radio and Television Administration -- China’s broadcast regulator -- ordered television companies and internet platforms to ban film stars with “incorrect politics,” cap salaries and do away with idol worship. One of China’s most popular film stars, Zhao Wei, was blacklisted from China’s internet while another actress was ordered to pay 299 million yuan in overdue taxes, late fees and fines last month.

The popularity of the Universal Studios theme park shows resistance to the Communist Party’s tightening of cultural standards after decades of allowing Western influences, according to Adam Ni, co-editor of China Neican, a newsletter on Chinese public policy issues.

“As powerful as the party is, it will have to contend with countless everyday decisions by the Chinese, which would together make up the moral fabric of the People’s Republic,” he said.

“Universal Beijing Resort is popular with the Chinese because there is part of the global culture that the Chinese thirst for,” Ni added. “Beijing is trying to reinforce this dichotomy between ‘Chinese’ and ‘foreign,’ but there is still much admiration and curiosity for foreign cultures in China. So the public attitude towards Western culture is two-faced.”

The project, which is expected to attract 30 million visitors a year, is a joint venture between the state-owned Beijing Shouhuan Cultural Tourism Investment Co. and Comcast NBCUniversal. It has been in the works since 2001.

China’s newly appointed ambassador to the U.S. last week compared one of the attraction’s roller coasters to bumpy diplomatic ties between Washington and Beijing. “After all tumbling and shakes, the roller coaster came to a soft landing in the end,” Qin Gang, who visited the park before moving to the U.S. in July, wrote on his official Twitter account, signaling a note of optimism.

That positive spin was shared by state-run newspaper Global Times, which last week said the popularity displayed China’s “cultural confidence.” But there were other signs the attraction would face challenges from the government.

I shared my rollercoaster ride at Universal Studios Beijing with my @USChinaBusiness friends, which reminded me of the shape of China-US relations. After all the tumbling and shakes, the rollercoaster came to a soft landing in the end.
— Qin Gang 秦刚 (@AmbQinGang) September 14, 2021

Beijing party chief Cai Qi on Thursday urged the U.S. side to add more “Chinese elements” to the park in a video call with Brian Roberts, chief executive of Comcast Corp, according to a report by the state-run Beijing Daily.

Universal Beijing Resort didn’t respond to a question on how it would deal with China’s requests.

Harrison Wang, a 39-year-old Beijing resident who works in film industry, heaped praise on the theme park after he attended the soft launch.

“People are here for the famed scenes and characters of these well-liked movies, as well as the world-class entertaining experience,” he said. “As the country’s borders are closed now, it offers a taste of the authentic Western culture.”