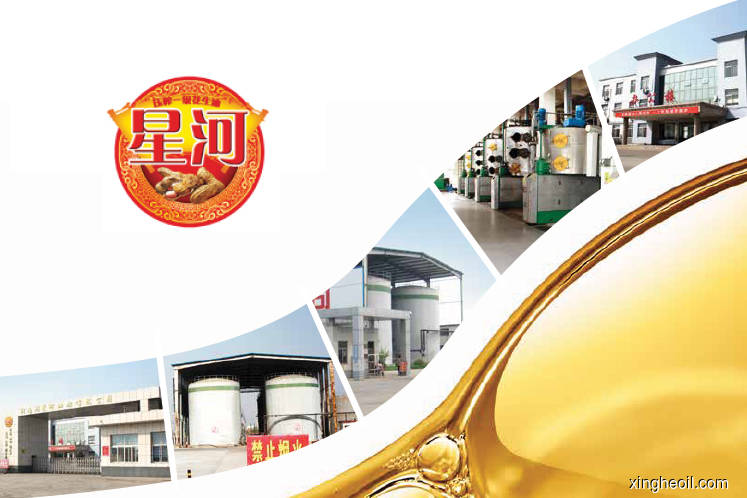 KUALA LUMPUR (March 4): After posting three consecutive loss-making years, China-based edible oil producer Xinghe Holdings Bhd is upbeat on its prospects for a turnaround in its financial year ending Dec 31, 2020 (FY20), which it expects to be supported by its new aquaculture food business.

“The worst is over. After this, we can expect to see better days with the new aquaculture business that we acquired in December 2019,” said its executive chairman Ng Min Lin in a statement today.

On Dec 13 last year, Xinghe completed the acquisition of a prawn farm and related facilities and assets from Pegagau Aquaculture Sdn Bhd for RM100 million, marking the company's venture to become an aquaculture-based food producer.

According to Ng, the farm assets could breed 2,000 tonnes of vannamei (whiteleg shrimp or king prawn) every year, adding that the seawater prawns are either consumed locally or exported in unpeeled and frozen packs to distributors in South Korea, Vietnam and China.

“We are very confident this earnings-accretive acquisition will turn around Xinghe in 2020 and enhance the value of the company in the long term,” Ng added.

Based on the United Nations' Commodity Trade Statistics, South Korea, Vietnam and China were Malaysia’s top export destinations for shrimp products in 2017.

“Malaysia’s yearly production is around 40,000mt, and currently Xinghe commands about 5% [of that].”

“However, we are not going to rest here. In fact, we are still looking to expand the business, organically and inorganically. In the future, we might be looking into the frozen seafood retailing business, which can hardly be seen here. It can give us good margins,” Ng said.

Ng blamed the wider losses to some RM97.3 million of expenses that arose from the deconsolidation of Henan XingHe Oil and Fat Company Ltd from the group due to the disposal of its 41.5% equity stake in the company for 155 million renminbi (RM91.5 million).

“Basically, this is like goodwill that arose when we did the reverse takeover (RTO) of Key West Global Telecommunications Bhd, and now is the reversal of it. It is merely accounting treatment and does not affect our cash flow,” Ng said.