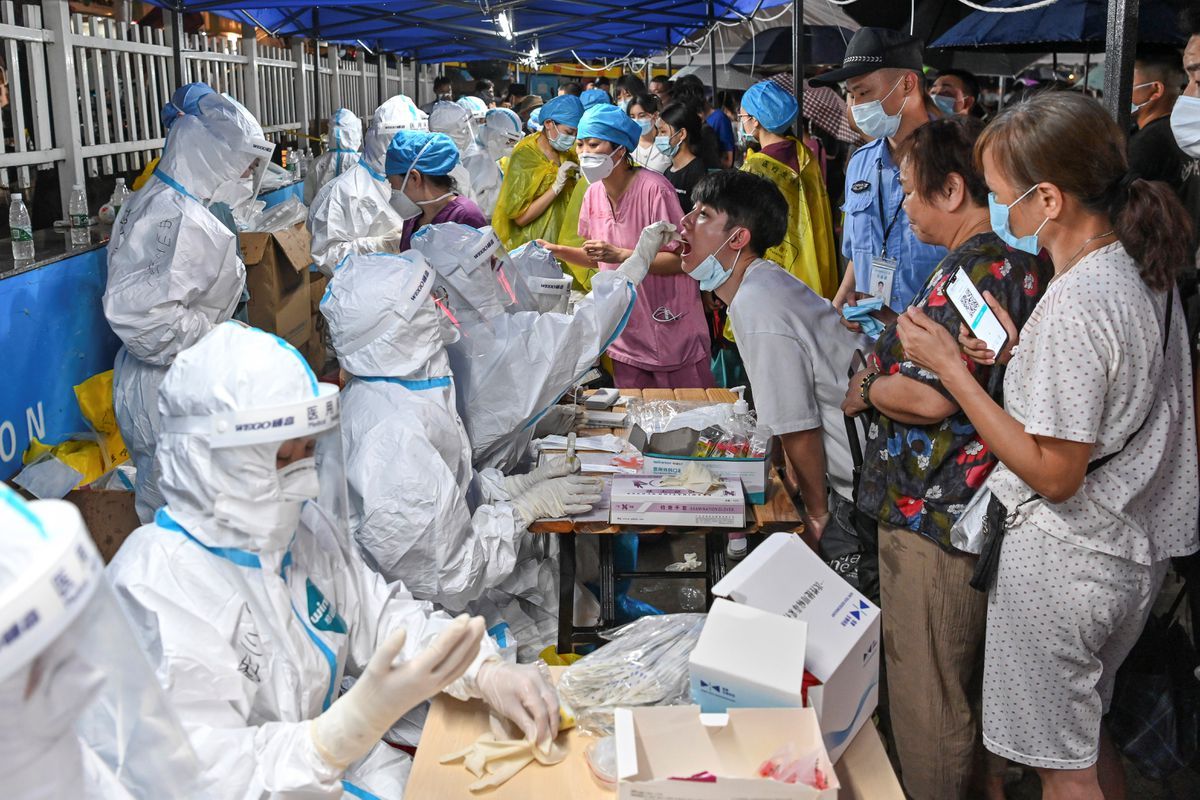 (July 27): A district on the outskirts of Wuhan has been locked down, the first time the Chinese city that saw the world’s first Covid-19 lockdown has imposed such a measure since 2020, underscoring how far the country is from post-pandemic normalcy.

More than two years since the city was sealed off to contain what was then a mysterious pneumonia, almost one million residents of Wuhan’s Jiangxia district have been told to stay in their homes and not go out unless necessary. All public transport has been stopped and entertainment venues shut for three days after four asymptomatic cases were found in the district on Tuesday.

While so far the restrictions are contained to just the one district, the move is likely to spark concerns about a widening of curbs. Life in the pandemic-scarred city of 11 million people had largely returned to normal since its initial lockdown in 2020 — which set a precedent for how Chinese authorities would handle flare ups in other parts of the country — with a small outbreak in April and a handful of cases in the past month.

China is sticking to its Covid Zero strategy of lockdowns, movement restrictions and mass testing despite it being challenged like never before, with more contagious variants circumventing the strictest of curbs. The country reported 604 local cases for Tuesday, down from 868 a day earlier.

Attention is also on the southern manufacturing hub of Shenzhen, which reported 4 new cases to take the tally since July 19 to more than 150. The flareup prompted an order for some of China’s biggest companies to operate within a “closed loop” system for seven days, raising concerns about global supply chain disruptions.

The city government asked its 100 biggest companies, including iPhone maker Foxconn and oil producer Cnooc Ltd to restrict operations only to employees living within a closed loop or bubble, with little to no contact with people beyond their plants or offices. Authorities also asked companies to reduce unnecessary interaction between non-manufacturing staff and factory floors to reduce infection.

Officials in Shenzhen said Tuesday that the outbreak is under control, with most cases being found early and promptly isolated, though they still expect to find new infections. The outbreak is linked to cross-border cases, health commission official Lin Hancheng said, without giving further details.

Shenzhen police last week said they arrested 82 people, 19 of whom were drivers delivering supplies between Shenzhen and Hong Kong, for smuggling goods and breaching epidemic prevention laws in recent months. Authorities said they will strictly enforce the closed-loop system for drivers, who aren’t supposed to have contact with the outside community while they are working.

Elsewhere, Shanghai reported 16 local cases, including one found outside quarantine. The financial hub is conducting two rounds of mandatory mass testing in nine of its 16 districts this week in order to reduce outbreak risks.

In order to contain the virus situation in the city’s Baoshan district, which found cases among logistics workers, local transportation associations have proposed to operate warehouses under a closed-loop system. Operations at 17 steel warehouses have been halted for three days from Tuesday, and the transportation of some steel scrap was also disrupted, according to a survey from researcher Mysteel.

Baoshan Iron & Steel Co, the listed unit of the world’s biggest steelmaker, didn’t immediately respond to an inquiry from Bloomberg News on its warehouse operations.

The majority of China’s cases are centered in the hotspots of the Guangxi region in the south, which recorded 269 cases Tuesday, and the northwestern province of Gansu, which had 234 new infections.