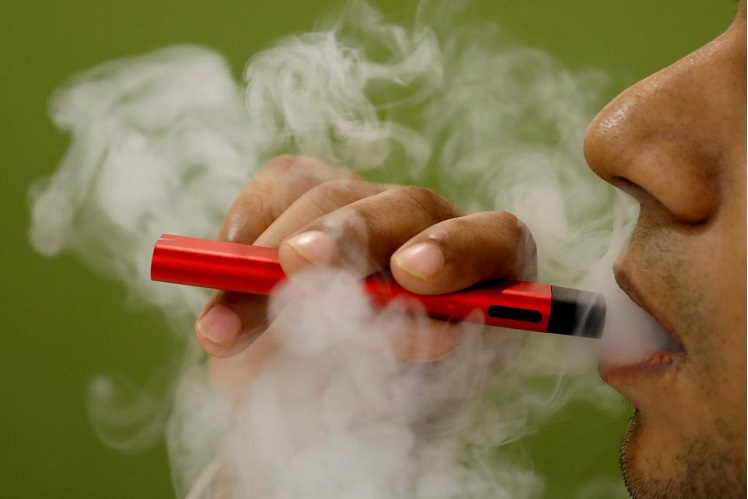 HELSINKI (May 31): In the happiest nation on Earth, vaping has been all but eradicated.

Finland’s decision to ban flavors such as strawberry cheesecake and peach tea on e-cigarettes a few years ago appears to have worked. Now, the country is on track to reach its goal of becoming smoker free by 2030.

The world’s top per-capita cigarette consumer in the 1920s, Finland has managed to cut in half the number of smokers over the past twenty years. Vaping is declining among those aged 14 to 17, with under 1% of high school students using e-cigarettes daily. In the US, around 6% of high-school kids vape regularly, and 21% occasionally.

In 2030, Finland’s government expects that less than 5% of the population will regularly consume tobacco products. Now, about 16% of working-age men light up each day, and more than half of those who smoke want to quit, according to the Finnish Institute for Health and Welfare.

“While tobacco use overall is now declining worldwide, the reduction has been particularly strong in Finland,” Hanna Ollila, a specialist at the health authority, said by phone. “One of the most effective ways to reduce smoking has been taxation. Taxes on tobacco have been raised almost every year since 2009, which has led to a doubling in the average price of cigarettes.”

Finland has also tackled smoking via its education system. Its decision to put mandatory health education on the curriculum as an independent subject at schools since 2001 is “quite unique internationally” and “has played a role in preventing kids from taking up smoking,” Ollila said. Other measures include enforcing smoke-free environments, such as workplaces and restaurants, retail licenses, marketing bans and putting cigarettes under the counter.