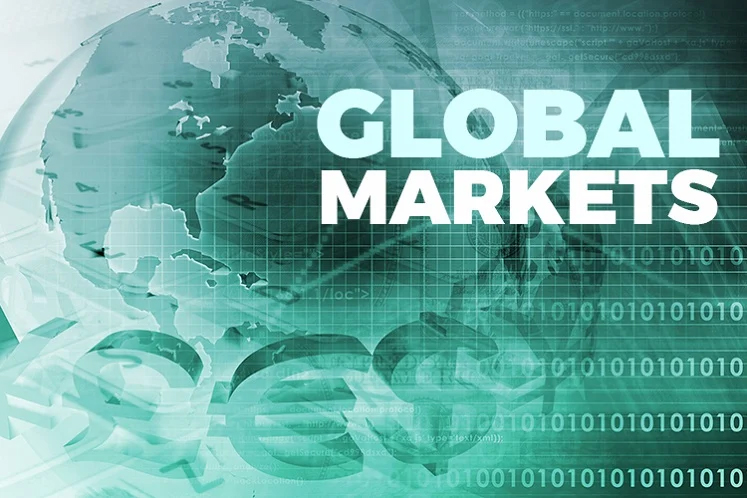 NEW YORK (June 2): World stock markets hovered near three-month highs and safe-haven government bonds inched lower as risk appetite grew on signs that the global economic downturn has bottomed, despite worries over violent protests in the United States and unease over Washington's standoff with Beijing.

China has asked state-owned firms to halt purchases of soybeans and pork from the United States in response, two people familiar with the matter said.

"The Trump rhetoric against China and trade impediments against Hong Kong could have been a lot worse, hence the performance of those markets this morning, which has helped the risk backdrop," said Chris Bailey, European strategist at wealth manager Raymond James.

MSCI's gauge of stocks across the globe gained 0.94% following broad gains in Asia and Europe. The index is up more than 35% from its March lows.

Signs of a rebound from the global coronavirus lockdown helped bolster global equities and push safe haven assets lower. France's manufacturing activity rose in May as the country began to emerge from a nearly two-month coronavirus lockdown, pulling the sector out of a nosedive that had seen activity hit a record low a month earlier, a survey released on Monday showed.

An official business survey from China showed its factory activity grew at a slower pace in May but momentum in the services and construction sectors quickened.

U.S. manufacturing activity eased off an 11-year low in May, though a full recovery from the COVID-19 crisis could take years because of high unemployment.

Bond investors suspect economies will need massive amounts of central bank support long after they reopen and that is keeping yields super low even as governments borrow much more.

"Current unemployment numbers go far beyond what has been experienced in any post-war recession," Barclays economist Christian Keller wrote in a note. "To the extent that some sectors may never return to pre-pandemic business-as-usual."

A weekend of violent U.S. protests over race and policing could present another setback for the economy which was only just emerging from the steepest downturn since the Great Depression.

Following poor data on spending and trade out on Friday, the Atlanta Federal Reserve estimated economic output could drop a staggering 51% annualized in the second quarter.

The May jobs report due out on Friday is forecast to show the unemployment rate surged to 19.8%, smashing April's record 14.7%. Payrolls are expected to drop by 7.4 million, on top of the 20.5 million jobs lost the previous month.