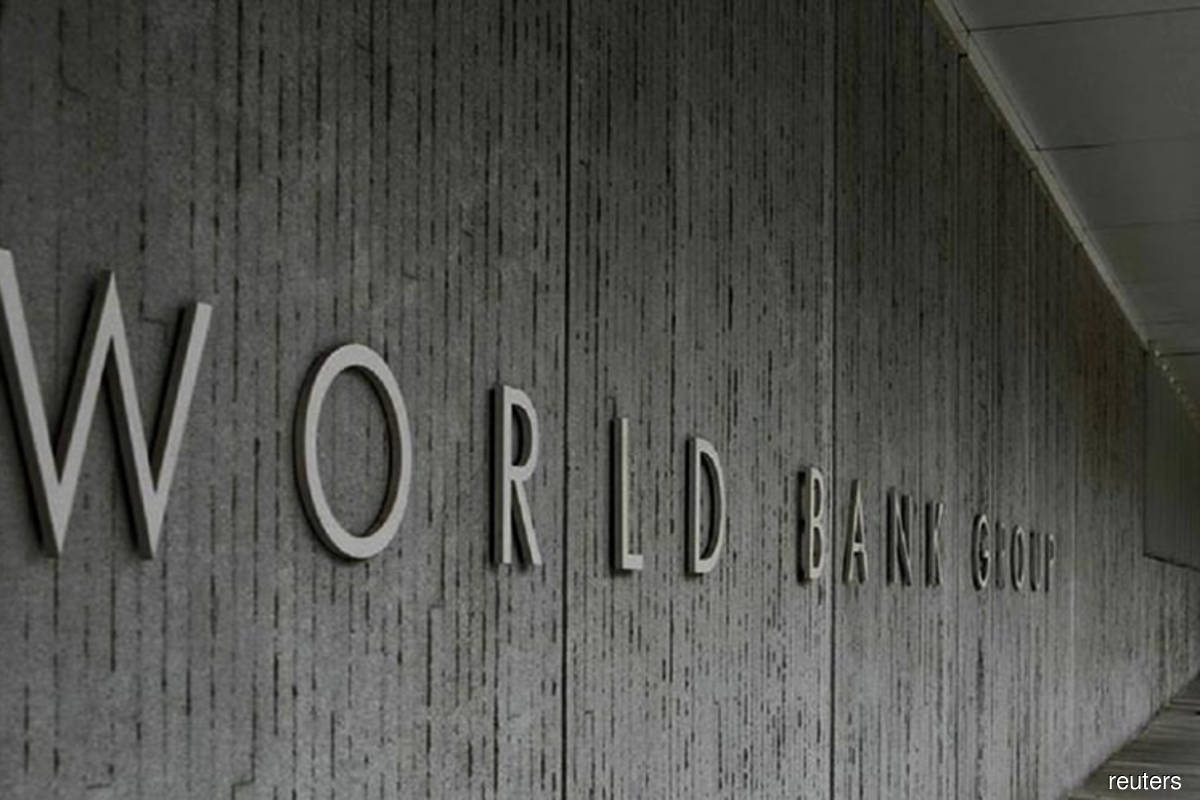 KUALA LUMPUR (Sept 29): The World Bank said today its 2020 economic growth forecast for Malaysia, as measured by real gross domestic product (GDP), had been lowered to a contraction of 4.9% from the previously estimated 3.1% decline following the country's sharper-than-expected GDP contraction in the second quarter of 2020 (2Q20) due to the impact of the Covid-19 pandemic.

According to the World Bank's October 2020 Economic Update for East Asia and the Pacific published today, the change in its GDP forecast for Malaysia reflects the heightened uncertainty surrounding the start and speed of the global recovery, which would weigh on investment decisions and external demand.

"In addition, the elevated unemployment rate and other weaknesses in the labour market would continue to weigh on private consumption.

"Reflecting these developments, most demand components (net exports, private consumption and private investment) are expected to contract in 2020. Government expenditure is expected to increase mainly due to stimulus spending," the World Bank said.

The World Bank said the Malaysian economy had been severely affected by the pandemic, leading to a double-digit GDP contraction of 17.1% in 2Q20.

The 17.1% GDP contraction was driven primarily by a decline in domestic demand due to the imposition of the movement control order (MCO) to stem the spread of Covid-19, as well as weak external conditions, according to the World Bank.

"The Malaysian economy is expected to contract in 2020, with risks to the outlook firmly tilted to the downside. The possibility of a more-protracted-than-expected global recovery could continue to hamper investment decisions and further suppress external demand.

"There is a risk of stricter containment measures nationwide, as illustrated by recent resumption of the MCO in some states.

"Prolonged restrictions on international travel would weigh on the tourism sector. Lingering political uncertainties, including the possibility of a near-term general election, would continue to weigh on private investment sentiment and could stall the progress of the recovery effort," the World Bank said.

The World Bank's revised 2020 GDP forecast for Malaysia is within Bank Negara Malaysia's (BNM) contraction forecast of between 3.5% and 5.5% for the year.

According to BNM's statement on Aug 14 on the economic and financial developments in Malaysia in 2Q20, the country's GDP is, however, expected to grow between 5.5% and 8% in 2021.

"The Malaysian economy is expected to recover gradually in the second half of 2020 as the economy progressively reopens and external demand improves," the central bank said.

The MCO, initially scheduled for March 18 to 31, required non-essential businesses to stop operations, while the public were ordered to stay at home to curb the Covid-19 outbreak.

On March 25, Prime Minister Tan Sri Muhyiddin Yassin said the government had decided to extend the MCO until April 14 because updates from the National Security Council and the Ministry of Health (MoH) indicated an increase in Covid-19 cases.

On April 10, Muhyiddin said the government would extend the MCO until April 28.

On April 23, he said the MCO would now be extended for another two weeks until May 12.

On May 4, news reports, quoting Senior Minister (Security Cluster) Datuk Seri Ismail Sabri Yaakob, indicated that regulations under phase four of the MCO would be null and void with the commencement of the conditional movement control order (CMCO) or phase five of the MCO.

On May 10, Muhyiddin said the CMCO would be extended until June 9.

On June 7, he said the CMCO, scheduled to expire on June 9, would be replaced with the recovery movement control order (RMCO) from June 10 to Aug 31.

On Aug 28, news reports, quoting Muhyiddin, reported that the RMCO had been extended until Dec 31.

Read also:
Tough for Malaysia to go through another lockdown — World Bank