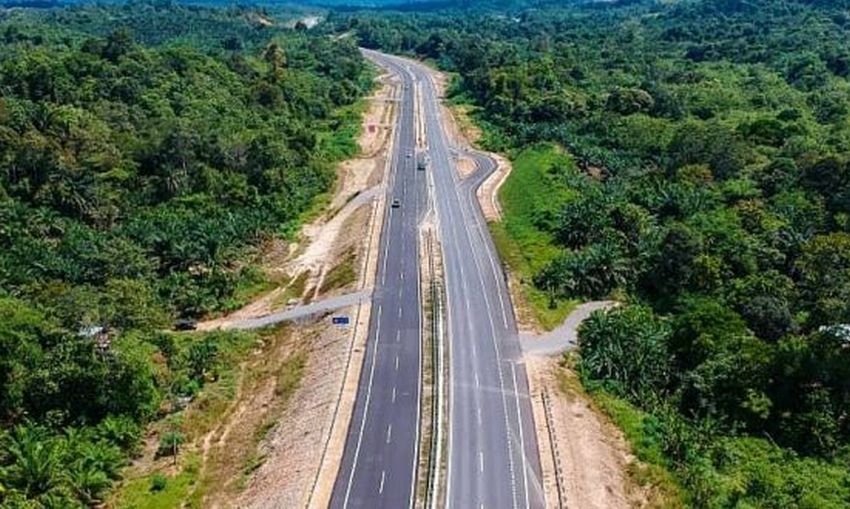 KUCHING (Feb 21): The Works Ministry today refuted the claim that the Pan Borneo Highway Sarawak (PBH Sarawak) is specified as grade two or of low quality.

The Ministry in a statement stressed that the Federal roads built throughout Peninsular Malaysia, Sabah and Sarawak were of the same grade.

This was in response to the claim made by Parti Sarawak Bersatu (PSB) published in a local newspaper that PHB Sarawak is under List 2 of expressways and highways in Malaysia.

“Based on the Weight Restriction Order, List 2 as stated (by PSB) refers to the existing bridges along the PBH Sarawak.

“Previously, the maximum load capacity was 38 tonnes and restricted to six-axle vehicles. Hence, the PBH Sarawak came under List 2 although the road grade specification (excluding the bridges) is as in List 1,” it said.

According to the statement, to ensure that the people of Sarawak could enjoy development like those in Peninsular Malaysia, the highway from Telok Melano to Miri is being upgraded in line with the current traffic situation with the load capacity regulation stipulated by the Transport Ministry being adhered to.

“In this regard, various efforts have been implemented for infrastructural development in the state such as the Sarawak-Sabah Link Road (SSLR), a distance of 425 km connecting Long Lama to Long Pasia including the building of slip roads that connect towns in the interior areas,” it said.

It also noted that the Federal Government, specifically the Works Ministry, did not cut any allocations for the purpose of reducing costs for infrastructure projects in Sarawak as otherwise stated in the newspaper article.

“Besides these, the building of roads at a cost of RM224.4 million to connect the rural areas and for the first time after 50 years, the Special Grant increase of RM32 million (increase of RM64 million in the next five years),” it said.