Working from home gives chipmakers boost while others suffer 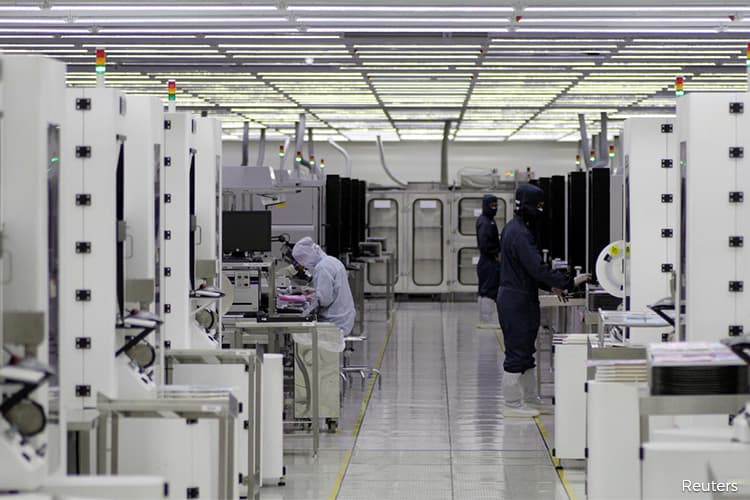 (March 31): As the coronavirus prompts talk of an earnings recession for most Asian emerging stocks, there’s an industry that’s holding up: chipmaking.

The worldwide lockdowns due to the virus and the ensuing contractions in output have sparked indiscriminate selling across industries, and dismal earnings forecasts for this quarter and beyond -- except for the tech industry.

Micron Technology Inc. last week reported adjusted earnings that beat Street estimates by 24% and predicted stronger-than-expected revenue, fueling optimism about other chipmakers’ prospects. With most of the population in major economies worldwide working or learning remotely, online and ecommerce services are booming, stoking demand for cloud storage and a recovery in memory-chip prices.

“Definitely, demand for server chips is on the rise as people increasingly go on a shopping spree online and are working remotely with laptops,” said Lee Seung-Hoon, head of equity at DB Asset Management. “For the tech industry, demand for handsets and home appliances has been hit. But this new trend suggests chipmakers could rebound faster than other industries, once virus infections peak.”

The earnings season kicks off in April with investors keen to look beyond the abysmal first quarter. Samsung Electronics Co., the world’s largest memory chipmaker, will give a clearer picture of the industry’s outlook in its preliminary earnings release scheduled next week. The company’s shares have been the most sold by foreigners among Kospi members in March.

Shares of Samsung Electronics fell as much as 1.5% in Seoul, erasing an earlier gain. Peer SK Hynix Inc. was down as much as 2%.

Here are three charts with evidence that global chipmakers have better prospects than most industries this earnings season:

Korea’s preliminary semiconductor exports gained further in March, extending a rebound from a low in late 2019, shrugging off the effects the global coronavirus outbreak.
The advance contrasts with a slump in the Bloomberg Asia Semiconductor Index because of concern the virus would disrupt supply chains and destroy demand.

The chipmaking industry’s earnings cycle has historically moved in tandem with semiconductor prices.
DRAMeXchange has raised its DRAM server chip price forecast for the second quarter to a gain of 20%, up from its earlier forecast for a gain of 15%, citing growing demand from server manufacturers and cloud service providers.