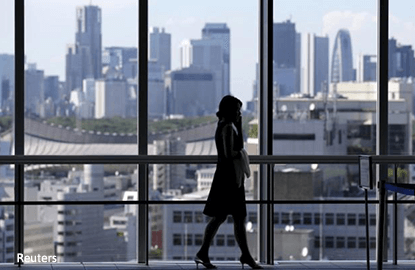 (Feb 14): Many hailed Zeti Akhtar Aziz's 16-year tenure as governor of Malaysia’s central bank as a triumph for gender diversity in Southeast Asia. Turns out it wasn't such a rarity.

Women have become uniquely well represented throughout the region's central banks, the latest available data show. They account for almost two thirds of managerial staff in the Philippines, and at least half in Indonesia, Thailand and Malaysia. That compares with much lower figures at their developed-world peers.

If anything, it may be getting worse elsewhere. At last count, there were 12 central banks led by women, compared with 19 in 2014 when Janet Yellen took over as head of the US Federal Reserve, specialist publication Central Bank News says. In the European Central Bank, 27% of managers are women, and it's targeting 35% by the end of 2019. Less than a third of the Reserve Bank of Australia's managers are female.

“Having central banks with greater diversity could be useful in bringing on board different perspectives and policy approaches,” said Wellian Wiranto, an economist at Oversea-Chinese Banking Corp. in Singapore.

In Thailand, the central bank has long attracted female talent and was run by a woman from 2006 to 2010. Females make up more than half of students of monetary economics at Bangkok's prestigious Chulalongkorn University, said Pongsak Luangaram, who teaches the subject there and wrote a book on the Bank of Thailand.

Thai women's "academic performance is generally better than men," said Luangaram,  who said a central bank job is considered to be of high status in Thailand and parents tend to support their daughters if they plan careers there.

That's in stark contrast to nearby Australia. RBA Governor Philip Lowe recently lamented the lack of girls studying economics and finance in the country. He's targeting 35% of women in managerial positions by 2020.

While the Monetary Authority of Singapore did not provide a figure for women in managerial roles, it ranks well for equality: just over half of its employees are female