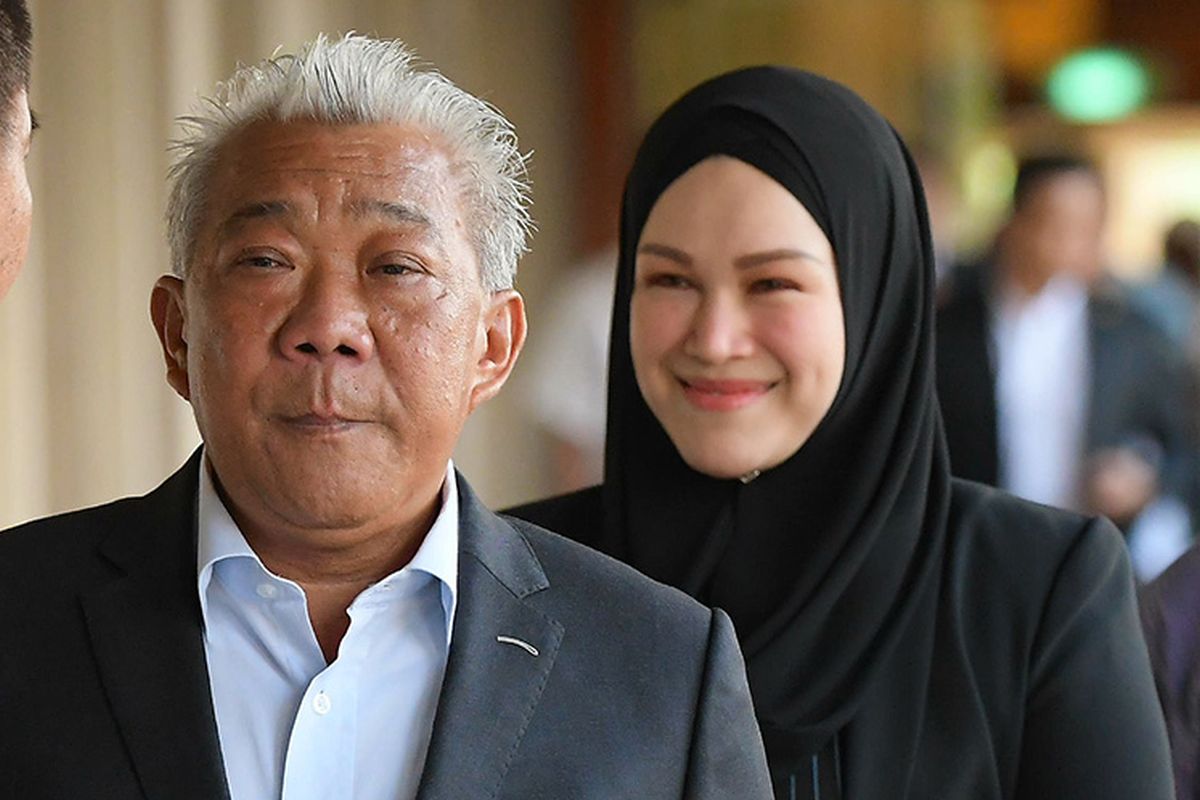 KUALA LUMPUR (Dec 7): The main witness in the corruption trial involving Sabah Deputy Chief Minister Datuk Seri Bung Moktar Radin admitted in Sessions Court here on Tuesday that there were contradictions in his testimony in court and his recorded statements provided by the Malaysian Anti-Corruption Commission (MACC).

During a cross-examination by deputy public prosecutor Law Chin How, Public Mutual Berhad investment agent Madhi Abdul Hamid, 43, agreed that there was a contradiction when he told the court there was no request for a commission by Bung Moktar at Hotel Continental on May 4, 2015, while his recorded statements in 2016 revealed otherwise.

“I agree there is a contradiction, but I did make a recorded statement to the MACC on Feb 4, 2021, and the contents of that statement on May 4 is the same with my statement in court.

“I gave two contradicting versions to the MACC because I was stressed at the time. I have never been questioned in the MACC building and I only gave my statement based on what I felt and remembered at that time, because there were many statements,” he said, adding that MACC took his recorded statements on July 13, 14 and 25, as well as Oct 14, 2016, while the last statement was made almost five years later, on Feb 4, 2021.

The witness disagreed with Law that the recorded statement on Feb 4, 2021 was fabricated with the intention of saving the accused.

The situation in court grew tense when deputy public prosecutor Mohd Sophian Zakaria pressed the witness about the contradictions in his statements relating to the RM3.5 million request by Bung Moktar.

Mohd Sophian questioned why such a material contradiction existed in the witness’ statement in court and his four recorded statements provided by the MACC as he was not threatened or coerced into providing a statement.

“After four years and four months, I made a new recorded statement with the MACC. I felt I just had the strength to provide the statement that was supposed to have been made because for four years I had been looking for the strength, I really could not work,” Madhi replied hesitantly.

Mohd Sophian also asked the witness to explain his actions in providing different statements, as his recorded statement provided to MACC previously involved the future of a political leader who was then charged in court.

“The statement I gave was based on what I remembered and I remember better when I am calm,” he said.

He had read his recorded statements earlier during the cross-examination, which stated that Bung Moktar had sought a commission of RM3.5 million as an inducement to obtain approval from Federal Land Consolidation and Rehabilitation Authority (Felcra) Berhad to invest RM150 million in the unit trust.

Other details in the recorded statements included that the RM3.5 million Bung Moktar requested was part of the commission Madhi and another Public Mutual investment agent, Norhaili Ahmad Mokhtar would receive from the deal.

In his recorded statements, Madhi said that he and Norhaili informed Bung Moktar’s wife, Datin Seri Zizie Izette Abdul Samad at Public Bank Taman Melawati here that the bank had only RM2.2 million in cash on June 12, 2015, and that Norhaili told Zizie they could only provide RM2.8 million as they had many things to pay, including payments to the agent who would handle the Felcra Berhad account.

“After the call, Norhaili told Zizie that Datuk Bung Moktar agreed that the payment be reduced to RM2.8 million,” he said, reading the recorded statement, adding that he and Norhaili did not give the commission to Zizie.

On May 3, 2019, Bung Moktar, who is also Kinabatangan MP, pleaded not guilty to two counts of receiving bribes worth RM2.2 million and RM262,500 as inducements to obtain Felcra approval to invest RM150 million in Public Mutual unit trust.

Bung Moktar, 63, who was Felcra non-executive chairman at the time, allegedly received the bribe from Madhi through Zizie at Public Bank Taman Melawati branch here between 12.30pm and 5pm, June 12, 2015.

He also pleaded not guilty to receiving a cash bribe of RM335,500 from Norhaili under Zizie Izette’s name for the same reason at the same place on June 19, 2015.

Zizie Izette, 43, meanwhile, pleaded not guilty on three charges of abetting her husband on the same matter at the same place, date and time.

The hearing in front of Rozina will continue on Dec 20.