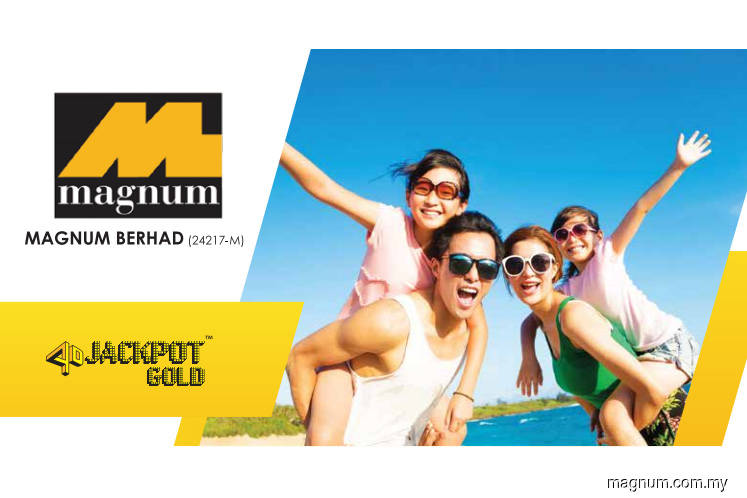 KUALA LUMPUR (Nov 19): Magnum Bhd achieved a net profit of RM48.01 million in the third quarter ended Sept 30, 2019, (3QFY19), compared with a net loss of RM70.51 million in the last corresponding quarter, as its investment holding and others division — which was impacted by a RM44.2 million tax penalty last year — recorded lower losses.

The quarter's revenue, however, dipped 2.2% to RM652.10 million from RM667.11 million in 3QFY18, its Bursa Malaysia filing today showed, as gaming sales fell 2.3%. This was mainly due to five less draws in the quarter under review and the effect of the 6% service tax, as compared to the "zero" Goods and Services Tax effect last year.

Its board of directors declared a third interim dividend of four sen per share for the financial period, bringing its total dividend declared to-date for FY19 to 13 sen, compared to 11 sen in 2018.

"The increase [in gaming sales], despite 11 lesser draws, is mainly due to higher sales from the 4D Jackpot game arising from prolonged jackpot runs, sales generated from Magnum Life game which was launched in April 2018 and the result of a more sustained enforcement by authorities on illegal operators.

Going forward, Magnum's board is cautiously optimistic that the growth trend in the per draw revenue — as observed in 9MFY19 — will offset the downward pressure caused by the reduction in the number of Special Draws.

"Together with the sustained momentum of enforcement by the authorities on illegal operators and our ongoing rebranding amd reimaging exercise, the board expects the financial performance for the financial year 2019 to be similar to that of 2018," it said in the filing.