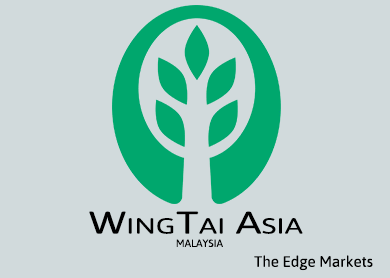 KUALA LUMPUR (July 8): Retail and property group Wing Tai Malaysia Bhd is considering upping the number of its Japanese origin Uniqlo brand outlets due to its popularity in suburban cities in Malaysia, while it seeks to consolidate outlets like Topman and Topshop, and removing non-performing ones.

Meanwhile, the group, which saw its third quarter ended March 31, 2015 (3QFY15) net profit fall 42% to RM8.5 million from RM14.6 million in the corresponding quarter last year as a result of a slowdown in the property market and weak consumer spending, is positive on the outlook of the retail sector in the second half of 2015.

It believes the weakening ringgit will boost the retail sector by attracting tourists to shop here. The forecast came even as Malaysian retailers cut their sales growth forecast for Malaysia for the third time last week to 4% from 4.9% as it foresees that consumers will continue to hold back spending on higher cost of living, expected higher retail prices on a weaker ringgit, and higher costs of doing business in the second half of the year.

"We expect both our core segments, retail clothing and property development, to jointly contribute 50:50 to the revenue. While we expect the retail section to pick up with tourists arrival due to the weakening ringgit, we also foresee a boost in contribution from the Jalan Ampang project," said Lee.

The Jln Ampang project, namely the Le Nouvel Condominium, is expected to be launched in the final quarter of this year, said Lee, who expects the project to boost the group’s earnings for the financial year ending June 30, 2016.

Lee said the location and pricing of the 195-unit with a 460,000 sq ft saleable area would interest investors and buyers.

At the EGM earlier, shareholders gave the greenlight for the group’s proposed renounceable rights issue for 164.2 million Wing Tai shares to raise gross proceeds of up to RM197 million to increase equity capital, improve financial liquidity and enable investors to increase its equity participation.

Lee said the proceeds, which need to be used within 36 months would go towards acquiring land in Penang and the Klang Valley, refinance bank loans and fund existing property projects.