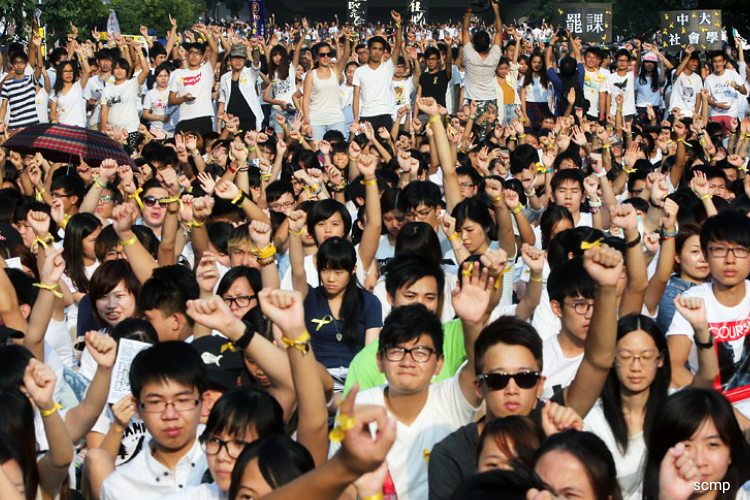 (Jan 15): Guangdong can help Hong Kong students studying in the southern Chinese province find work in the Greater Bay Area to help win the hearts and minds of young people in the city, an adviser to the provincial government has claimed.

Gordon Lam, a Hong Kong member of the Guangdong Chinese People’s Political Consultative Conference, submitted a proposal to the advisory body calling on the provincial government to set up an employment support agency for Hong Kong students.

“The provincial united front department should establish an employment support centre for Hong Kong students who are studying at universities in Guangzhou and provide them with financial subsidies and referral information ... so they can help serve the development of the Greater Bay Area,” Lam said in the proposal, referring to a government liaison body.

Adam Kwok Kai-fai, a member of the conference’s standing committee, also submitted a proposal which included the results of a survey Hong Kong young people’s attitudes to the Greater Bay Area plan.

The survey indicated that respondents had a negative view of the plan and little sense of belonging to China.

Kwok is the son of Hong Kong property tycoon Thomas Kwok Ping-kwong and a founder of the Hong Kong Guangdong Youth Association, a think tank specialising in cooperation between the two areas. Lam is one of the association’s vice-chairmen.

The submissions come as Hong Kong struggles to put an end to months of anti-government protests triggered by a now withdrawn extradition bill. The protests were driven largely by young people, particularly university students in the city.

In his proposal, Lam said Guangdong could play a role in winning over the young people as about 15,000 Hong Kong students – or one in six – were studying on the mainland, most of them in the southern province.

“According to Hong Kong government statistics, there are about 192,000 Hongkongers aged 15 to 39 in Guangdong,” he said.

“The Guangdong government is in a much better position to provide work [for these people] in the province than in Hong Kong and hence providing employment support would ... enable us to implement our strategy [of narrowing the gap and reducing animosity between the two sides].

“The best way to enhance the quality of life for Hong Kong residents in Guangdong is by offering them employment support.”

“Young people in Hong Kong know little about the Greater Bay Area and they are afraid of Hong Kong being assimilated into the mainland,” Wu said. “The social unrest [in Hong Kong] has prodded them into developing a biased view of the area and they are reluctant to become a part of this big picture.”