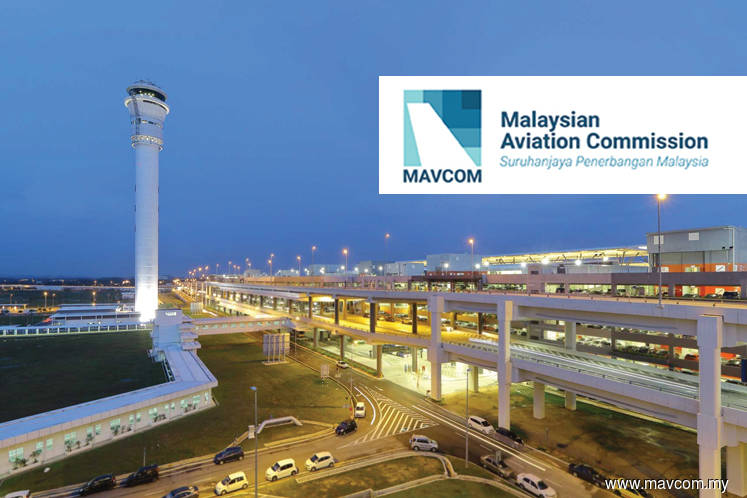 KUALA LUMPUR (Oct 21): Transport Minister Anthony Loke remained mum on the fate of the Malaysian Aviation Commission (Mavcom) amid criticism on his latest reported remarks on the commission and the aviation industry.

Asked today whether he intends to abolish Mavcom, Loke said he has no comments to make on the matter. He also said he will be meeting with Datuk Kadir Jasin, the prime minister's media adviser, on the latter's criticism tomorrow (Tuesday, Oct 22).

"I have never said anything openly (about Mavcom). I will only announce anything when we have made a decision. But someone leaked what I said (behind) closed doors, so that is beyond me," he said at a press briefing at the Taman Bahagia LRT station.

"Of course, I thank Datuk Kadir Jasin for his comments. I take it positively and I will meet him tomorrow," he added.

Last Thursday, Loke told a closed-door investors' forum that the government is mulling a restructuring of the existing regulatory bodies in the aviation sector. Apart from Mavcom, the other regulatory body at present is the Civil Aviation Authority of Malaysia.

Loke also said the transport ministry is considering alternatives to the Regulatory Asset Base (RAB) framework for future development of airports in Malaysia.

Moving forward, the government also intends to adopt a public-private partnership model for developing and operating airports, the minister told fund managers at the forum.

This intended approach could include bringing in new players to share the airport operation pie, which is currently dominated by Malaysia Airports Holdings Bhd (MAHB).

MAHB operates 39 of 40 airports in the country, although only seven are profitable in a cross-subsidisation model. The seven subsidise other loss-making airports, including 18 short take-off and landing ports that connect rural areas especially in Sabah and Sarawak.

The remarks sparked a heavy selldown of MAHB shares on Thursday. The stock fell 7.6% to RM8.04, its biggest fall since November 2018, with RM1.09 billion in market capitalisation wiped out.

At the noon bell today, MAHB settled at RM8.08 per share. Its market capitalisation was RM13.49 billion.

Over the weekend, Kadir lambasted Loke in a Facebook post for essentially eroding market confidence when his duties as a minister called for the opposite when investors are jittery.

"His briefing to the fund managers and analysts has had the effect of talking down the market, causing them to 'dump' Malaysia Airports Holding Bhd (MAHB) shares. I have been generally impressed with this DAP minister, but in this particular instance I'm disappointed," Kadir said.

For the market, the latest signals inject renewed uncertainty into the aviation sector as the RAB framework was expected to provide earnings certainty to MAHB.

The signals could also be interpreted as a turn of the tide for AirAsia Group Bhd, which had recently ramped up its longstanding criticism of Mavcom as an "unfair" regulator and of MAHB as abusing its dominant position.

Under the RAB, Mavcom had proposed a nominal pre-tax weighted average cost of capital of 10.88% for MAHB, alongside a new transfer passenger service charge (PSC) and details of three PSC models being considered by Mavcom.

In addition, the undercurrents paint a collision course for the government and Mavcom, which was created by the Mavcom Act 2015.

In a statement to The Edge Malaysia published over the weekend, Mavcom noted that it remains guided by the law that established the commission, alongside its mandated functions and responsibilities per the Mavcom Act 2015.

"I know there [have] been some last-minute views coming from the government and we have been in touch with them. I hope this can be done without upsetting the market and increasing regulatory uncertainty instead of assuring investors of the attractiveness of this sector," said Mavcom executive chairman Dr Nungsari Radhi to The Edge Malaysia.