Will economic contraction get worse than BNM’s forecast? 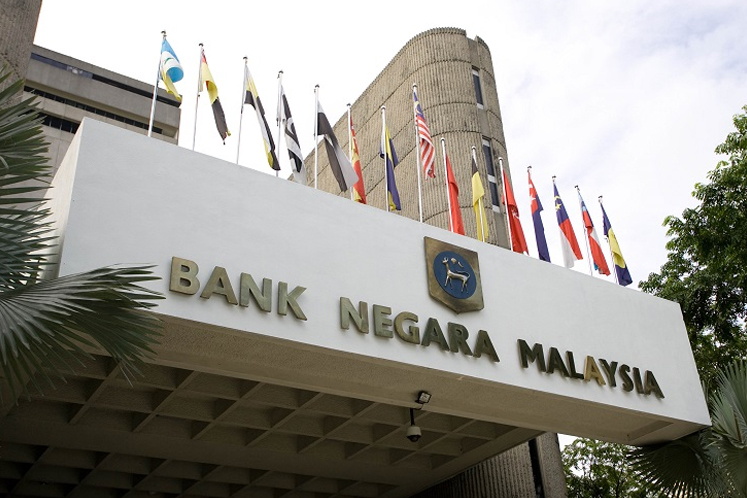 KUALA LUMPUR: Uncertainty caused by the Covid-19 pandemic has weighed global economic growth prospects, with no exemption on Malaysia.

Given the unprecedented Covid-19 pandemic that has halted a majority of economic activities worldwide, it is no great surprise that economists are expecting Malaysia to experience economic contraction for the first time in a decade

Bank Negara Malaysia (BNM) projected that the country’s gross domestic product (GDP) growth to be between -2% and 0.5% this year amid expectation that economic activities will pick up in the second half of the year.

While the government has announced economic stimulus packages to mitigate the impacts of Covid-19, economists contacted by The Edge Financial Daily hold different views on the central bank’s forecast.

Affin Hwang Investment Bank Bhd chief economist Alan Tan projected a 3.5% contraction of real GDP growth, which is much lower than BNM’s forecast. He explained that the sharper contraction is due to the research firm’s view on a bigger drop in domestic demand by 4% compared with BNM’s forecast of 1.1%.

“Our cautious view on the country’s domestic demand is partly due to the enforcement of the movement control order (MCO), whereby people’s movements are somewhat restricted, with restrictions of people getting out of their homes, closure of most businesses, and restrictions on entry of foreign tourists travelling into Malaysia,” said Tan.

The government has extended the MCO to April 28, with some relaxations, still Affin Hwang has no intention to trim its forecasts of GDP contraction of 3.5% for 2020, although there will be a possible further drag to the economy, said Tan. He, however, noted that the current projection does take into account weak private consumption in the near to medium term and weak external demand for exports amid global supply chain disruptions.

“Going into the second half of 2020 (2H20), as economic activity slows, we believe private consumption growth will not be normalised immediately as households will likely be impacted from possible shocks to their incomes and a slight erosion of purchasing power,” he said, adding that consumer spending will also be dragged by sharply lower tourist arrivals and tourism receipts.

Nonetheless, he expects some of the drag in growth to be offset by the recent stimulus packages as well as the monetary policy measures introduced so far. “Until we see Covid-19 fading away and effective implementation of the stimulus packages, the revival of consumer confidence will likely happen only in late 2020,” Tan added.

Among Southeast Asian countries, Malaysia has the largest stimulus packages rolled out by the government of US$64.6 billion (RM280 billion), according to official government sources.

For now, Goh is maintaining the GDP contraction forecast at 3.5%.

On the flipside, upside risks to GDP particularly for 2H20 include a slower pace of new cases and successful containment that allows recovery of activity from the third quarter of 2020 onwards, the full impact of fiscal measures and overnight policy rate cuts, upside from various other income measures at the state level and BNM fund disbursements, and higher commodity production in 2H20.

“We think the policy measures will help mitigate the severe impact of Covid-19 and avert a sharper contraction in economic activity in 2020,” said Goh.

In contrast, RHB Research Institute chief Asean economist Peck Boon Soon sees that BNM’s assessment is “quite fair”, as the central bank has highlighted the highly uncertain economic environment due to the virus spread.

“We believe the impact of the government stimulus measures will only become more visible once we are able to put the virus spread under manageable situations,” said Peck.

For now, RHB expects zero growth for the real GDP. But, given the MCO extension, Peck said the research firm will be reviewing its forecast again soon.

“All in, the impact [of the MCO extension] to the economy should be manageable,” said Peck.

For businesses, he said the partial opening of the operation is a positive development as some of them could start generating income and cash flow again, while consumers will likely remain cautious and will only spend on essentials. This is despite the various measures implemented by the government to spur spending.

The Department of Statistics’ recent survey found that household spending fell 48% due to the MCO, said Peck.

AmBank Group chief economist Dr Anthony Dass said the pressure is mounting on governments across the globe, including Malaysia to uplift the MCO because of the rising economic costs from the measures to contain the Covid-19 spread.

“Even if the MCO is lifted anytime soon, demand will be weak due to travel aversion and social distancing,” he said.

Nonetheless, with the extended MCO till end April but with some relaxation to be announced in the areas of business, he opined that it bodes well for the economy, saying that it will cushion the downside risk from the economic activity and this will potentially boost both consumers and businesses confidence.

“It is important to remember that both our consumer and business confidence has been [down for] most of 2019 itself due to trade war, lack of policy consistency, slow implementation and domestic challenges,” said Dass.

“We feel consumers and business confidence will improve from the better engagement between policymakers and businesses in 2H20,” he said. Thus, resulting in faster implementation and better policy consistency by the new government.