Why the USDSGD could spike before July but tumble after 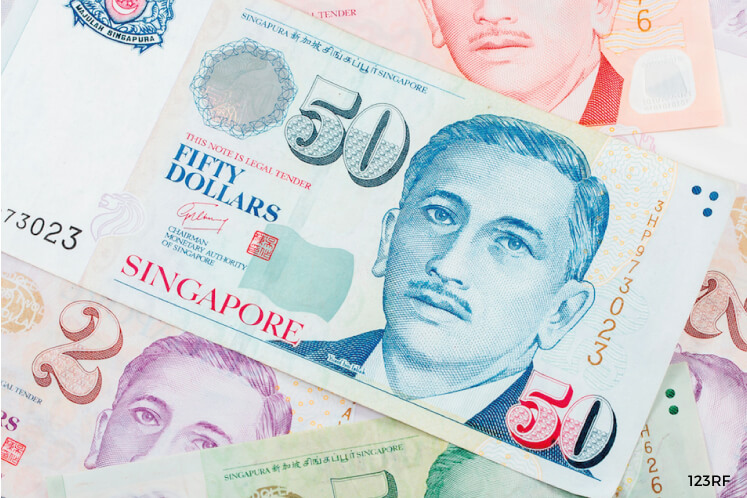 SINGAPORE (March 24): The US dollar is expected to see a steep spike against the Singapore dollar within the next three months but end the year on weaker ground, says Tan Teck Leng, chief investment officer at UBS Wealth Management.

"The market hasn't fully priced in the impact of the next two rate hikes this year, but should start doing so within the next 2-3 months," says Tan. The US Federal Reserve is expected to raise rates twice more this year and thrice in 2018.

That could pull the USDSGD to a high of 1.46 by July as the market adjusts to higher interest rates and a stronger greenback.

In addition, UBS also believes the Monetary Authority of Singapore will keep its present zero appreciation exchange rate policy unchanged at its next meeting in April.

With core inflation picking up and exports having expanded 21.5% year on year in February, MAS should maintain its current monetary policy, especially with little clarity available on the direction US President Donald Trump intends to pursue in terms of trade with China.

That should stay the value of the SGD against the USD over the short term, says Tan.

Trading in the SGD should also stay muted as market jitters rise ahead of the first round of the French Election on April 23.

"The result of the recent Dutch election, which saw Prime Minister Mark Rutte's liberal VVD party hold its ground against the right-wing Freedom Party, could cause the fear of populism in France to subside," says Tan.

If that happens, it could lead to a poorer than expected voter turnout at the French Elections on April 23, which would play into the hands of right-wing National Front candidate Marine Le Pen.

That's worrying because radical voters disenchanted with the status quo in France are more likely to show up to vote for a leadership change. French unemployment, for example, has been stuck at 10% since the global financial crisis.

In comparison, Dutch unemployment is down to 5%.

As such, a lower turnout of liberal voters may well tip the scale towards a Le Pen win in the first round of the elections, which will raise nervousness in the market and cause the SGD to weaken.

Beyond the next three months, however, Tan reckons the SGD will eventually regain its strength. He is expecting the USDSGD to fall to 1.42 by Sept and slip below its current level of 1.40 towards 1.38 a year from now.

"Ultimately, we don't expect Le Pen to win the second round of the French Elections on May 7," says Tan. "After the first round of the election, we would expect the SGD to start strengthening."

In addition, President Donald Trump's Administration will likely do a poor job executing his promise to reform healthcare, which, in turn, will raise doubts about his ability to cut taxes and raise infrastructure spending.

That will all cause the strength of the USD to pull back against the SGD, says Tan.