Why the tide is rising for Islamic finance 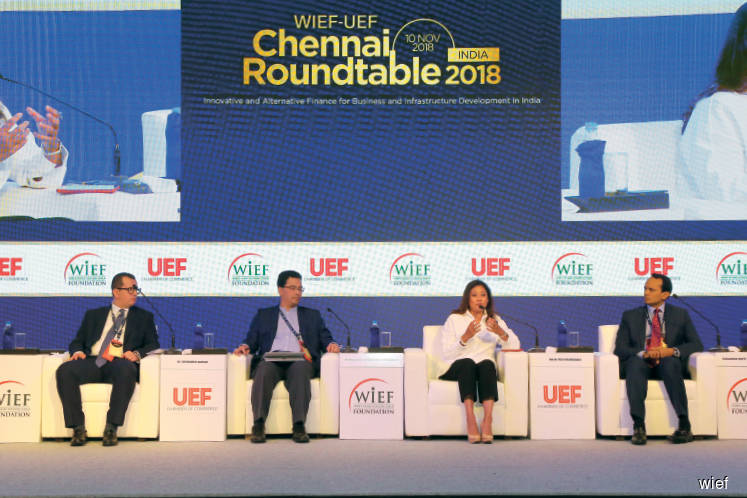 FROM modest beginnings nearly three decades ago, the global sukuk market has grown by leaps and bounds. One of the first modern sukuk issuances was a RM125 million (about US$30 million at today’s exchange rate) issue by MDS Shell Sdn Bhd in 1990. Last year, global issuances hit US$116.7 billion, the International Islamic Financial Market reported.

Yet Islamic finance remains a drop in the ocean, accounting for under 2% of global banking. That means immense opportunities remain to expand the ecosystem and push into new frontiers. One way is to ride the rising wave of responsible investing, says banker Raja Teh Maimunah Raja Abdul Aziz.

Responsible investing takes into account environmental, social and governance (ESG) factors in investment decisions. ESG investing is reportedly worth about US$20 trillion today, roughly a quarter of all professionally managed assets.

“ESG investing is suddenly something that is sexy today, but what is it in reality? It is really investing based on shariah parameters — no tobacco, no alcohol and so on,” Raja Teh Maimunah tells The Edge.

She was speaking on the sidelines of the WIEF-UEF Chennai Roundtable 2018 held early this month. The roundtable is organised by the World Islamic Economic Forum (WIEF) and hosted by the United Economic Forum (UEF). The event, WIEF’s 14th such roundtable, was themed “Innovative and Alternative Finance for Business and Infrastructure Development in India”.

Delegates were told that Islamic financing instruments could enlarge the pool of funds that can be tapped to meet investing needs. In a nutshell, Islamic finance products are conventional banking equivalents that are structured to comply with shariah law, especially in paying and charging interest, which is forbidden by the religion.

For example, a sukuk instrument is the Islamic finance equivalent of a conventional bond issue.

“Currently, the gap between the supply and demand for sukuk is estimated to be around US$300 billion. That is, there is a shortfall of supply compared with the demand,” says Dr Mohamed Damak, senior director and global head of Islamic finance at S&P Global Ratings, France.

The major plus, according to Mohamed Damak, is that a sukuk option expands the investor pool. “When you do a sukuk, you not only speak to the usual people who come to see you, but you would also speak to a new array of investors who would not or are not allowed to touch the conventional supply (of bonds).”

That said, he cautions that Islamic finance “is not the panacea” for all financial needs. “The key element is that it must be bankable, it must be a credit-worthy transaction.”

The conventional banking system limits banks to credit risk, which limits their profit potential, he says. Under Islamic finance principles, “you can own assets, be a partner in a joint venture, own assets and lease them, but in the conventional system you cannot do that,” Ashraf tells The Edge on the sidelines of the roundtable. “And because you can do more via Islamic finance, the profit potential is also bigger.”

Asked how fast Islamic finance could grow over the next decade, he says going from 2% to 5% would be a realistic goal.

The assets underlying Islamic finance had grown from about US$200 billion in 2003 to US$2 trillion in 2015, and are projected to hit US$3.5 trillion by 2021, according to the United Nations Development Programme (UNDP), the global development network of the UN.

For the public, Islamic finance could widen financial inclusion by offering a way in for the unbanked and underbanked population who are unable to access the conventional banking ecosystem, says Raja Teh Maimunah.

Apart from religious concerns over the interest element in conventional banking, key barriers include unaffordable access costs as well as the inability to pass conventional vetting procedures. Islamic finance could promote financial inclusion by offering profit-and-loss sharing instruments as alternatives to conventional debt-based financing and risk transfer, which leads to asymmetric exposure to economic risk.

These complement Islamic social finance vehicles such as zakat, waqf (endowment) and shadaqah (charity), adding to the economic opportunities available to the poor and less fortunate.

To put the potential into perspective, 1.7 billion adults worldwide remain unbanked, the World Bank said in April. In India alone, about half of the 180 million Muslims (14.2% of the population) are unbanked, says Raja Teh Maimunah, who is also WIEF Islamic finance and banking adviser.

“Because they cannot subscribe to the conventional banking system, they don’t use it at all. Imagine, if you introduce an Islamic finance banking system, you would be able to onboard the unbanked half of the Muslim population. And that is just the Muslims in India. Remember, Islamic banks in Malaysia don’t only serve Muslims, we have non-Muslim customers too.”

Islamic finance has grown rapidly despite its relatively small representation in global banking. And the pace may accelerate as leading global institutions take notice of its potential. UNDP said in a September blog post that Islamic finance is a “unique form of funding that is fast growing with its ethical and participatory approach” and may offer a new avenue to meet financing needs for the UN’s Sustainable Development Goals (SDGs).

The SDGs comprise 17 goals as part of a wider UN blueprint called the 2030 Agenda for Sustainable Development. Agreed to by 193 countries, the SDGs set out to address a number of issues, from gender inequality to climate change, particularly aiming to eradicate poverty.

According to UNDP, the SDG financing gap was about US$2.5 trillion. In 2016, UNDP partnered the Islamic Development Bank to set up the Global Islamic Finance and Impact Investing Platform, which provides market-based solutions for sustainable investing challenges.

Similarly, the International Monetary Fund (IMF) earlier this year formally recognised Islamic finance by incorporating it into its financial assessment of select countries from this January.

In a May 24 release, the IMF said it will adopt the Core Principles for Islamic Finance Regulation (CPIFR) — a guidance prepared by the Malaysia-based Islamic Financial Services Board. “The CPIFR will complement the international architecture for financial stability, while providing incentives for improving the prudential framework for the Islamic banking industry across jurisdictions.”

However, it is important to note that Islamic finance need not necessarily wait for explicit support from regulators and governments to kick off. The principles of Islamic finance are applicable anywhere in the world as they can be adjusted to suit the local environment, says Alberto Brugnoni, founder and managing partner of the Association for the Development of Alternative Instruments and Innovative Finance, Italy.

“There is no single jurisdiction in the world where you cannot do at least one or two modes of Islamic finance instruments,” says Brugnoni in a brief chat with The Edge. “That has been my experience over many, many years.”

The issue, however, is the misguided belief that regulatory backing is needed to start applying Islamic finance principles, Brugnoni adds. He says an Islamic bank has been operating in Texas for many years now, yet no regulatory framework exists specifically to promote Islamic finance in the US.

Another key challenge to overcome is taxation laws that are not designed to accommodate Islamic finance. However, some jurisdictions, such as Singapore and Hong Kong, have amended laws accordingly.

Raja Teh Maimunah agrees that the bottom-up approach is the way forward. She cites a past transaction in Singapore when the republic’s Islamic Council needed to tap the capital markets to refurbish two waqf properties. While at the time local regulations did not provide for Islamic financing principles per se, the transaction — the world’s first waqf sukuk — was structured in a way that complied with both existing law and shariah principles. Singapore later amended its laws to make future Islamic finance transactions easier, she adds.

The important thing is to make the pitch inclusive to everyone, not just Muslims, and to push principles instead of the Islamic brand per se to gain acceptance.

“In a country that does not speak Arabic, why coin Arabic terms? In countries where people are not comfortable with the brand Islam, drop the name — Turkey, for example, calls them participation banks (instead of Islamic banks),” says Raja Teh Maimunah.

“Basically, you can adopt the parameters of shariah financing but you can call it whatever works for you.”