Why statutory debt limit of 60% has not been breached 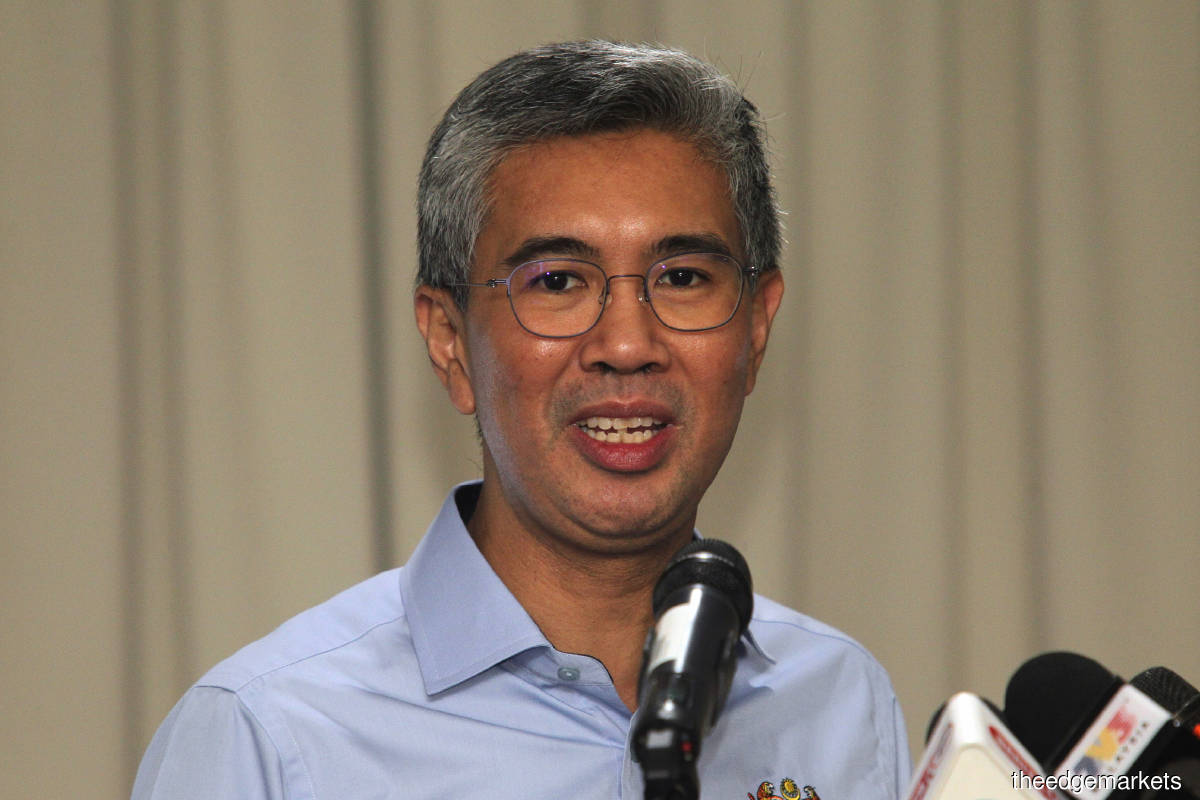 THERE has been some confusion as to what Malaysia’s debt-to-GDP ratio should be, specifically whether the 60% statutory debt limit has been breached.

Under normal circumstances, the country’s debt-to-GDP ratio should be at 62.2% — exceeding the 60% debt ceiling that was raised temporarily from 55% from last August to end-2022 to bolster its fiscal position to counter the impact of the Covid-19 pandemic.

Yet, the Ministry of Finance (MoF) says the 60% statutory debt limit has not been breached, although it acknowledges that [direct] federal government debt stood at RM879.6 billion or 62.2% of GDP at end-2020.

“Statutory debt, which comprises outstanding Malaysian Government Securities (MGS), Malaysian Government Investment Issues (MGII) and Malaysia Islamic Treasury Bills (MITB), stood at 58% of GDP, still below the 60% [limit],” the MoF said in its report on Malaysia’s economy for the fourth quarter of 2020.

“As such, the government still has the fiscal space to continue helping the rakyat, support businesses and strengthen the Malaysian economy, InsyaAllah [God willing],” says the latest Laksana report dated Feb 18. The confusion arises because the “usual” figure used when referring to Malaysia’s debt-to-GDP ratio is direct federal government debt, which was 62.2% of GDP at end-2020 and 52.5% at end-2019. Put another way, the MoF appears to have redefined what is counted under the statutory debt limit. The difference between the MoF’s 58% of GDP and the “usual” figure of 62.2% of GDP is around RM58.8 billion, our back-of-the-envelope calculations show.

It is understood that the headline 58% of GDP used by the government does not include some short-term borrowings or conventional treasury bills, to “bridge” immediate cash flow shortfalls arising from a mismatch in the timing of the government’s revenue receipts and a sudden rise in cash disbursement needs. The final payment of the Bantuan Prihatin Nasional (BPN 2.0) under the Kita Prihatin initiative, for example, was paid from Jan 21 this year while Phase 1 of the Bantuan Prihatin Rakyat (BPR) has been brought forward to end-February from May — items that may have had an impact on the need for short-term borrowings in the first quarter of 2021.

The MoF’s 58% statutory debt figure also excludes “about RM24 billion” in civil service housing loans that were taken by the government before the Public Sector Home Financing Board (LPPSA) came into existence under the Home Financing Board Act 2015, says a source. This could not be officially confirmed at the time of writing, but the amount is separate from LPPSA debt that is directly guaranteed by the federal government, the source adds.

Based on data appended in the 4Q2020 GDP report, it would seem that the 58% headline figure used by the MoF does not include offshore borrowings or foreign currency debt, which stood at RM28.28 billion or about 2% of GDP at end-2020. Debt in foreign currencies is capped at RM35 billion under the External Loans Act 1963.

The government is also benefiting from higher oil prices, with Brent crude oil hovering above US$62 per barrel at the time of writing, 48% higher than the US$42 a barrel assumed in Budget 2021. Every US$1 increase is said to add RM300 million to the government’s coffers.

For comparison, the RM15 billion Permai assistance package announced on Jan 18, for instance, only involved a direct fiscal injection of RM6.6 billion — a move that does not change the 5.4% fiscal deficit forecast for 2021. Excluding the RM17.1 billion allocated to the Covid-19 Fund under the RM322.5 billion Budget 2021, the stimulus packages announced in 2020 totalling RM305 billion involved only a direct fiscal injection of RM55 billion.

Still, given that the debt-to-GDP ratio traditionally refers to direct federal government debt that was already near 60% of GDP last June, some economists had expected the government to further raise the temporary statutory debt ceiling from the current 60% to 65% to have more headroom.

It is not immediately known why the government chose to redefine what constitutes as statutory debt instead of temporarily raising the debt ceiling further to 65% of GDP. Last November, Finance Minister Tengku Datuk Seri Zafrul Abdul Aziz did not rule out the possibility of the statutory debt ceiling being raised again, should the need arise.

In a Jan 22 interview with Bloomberg, however, he said the government had no plans to raise the debt ceiling at the moment. “If we look at where the debt level is today, we will continue to forecast that our debt level will be below the 60% debt ceiling that we set earlier on.”

Treasury deputy secretary-general (policy) Zakiah Jaafar told Bernama TV on Jan 25 that the government had no plans to raise the debt ceiling from 60% at the moment. “The government’s priority is to ensure spending according to the set limits, strict monitoring and ensuring that the allocation reaches the target groups.”

Before the temporary increase last August, Malaysia last raised the statutory debt ceiling from 45% to 55% in July 2009 amid the global financial crisis.

Malaysia’s debt-to-GDP ratio would also be lower than expected if GDP grows better than forecast this year. As it is, the government is maintaining its 2021 GDP forecast of between 6.5% and 7.5% for 2021, even though the reimposition of the Movement Control Order (MCO 2.0) is estimated to cost the economy RM700 million a day.

The country’s nominal GDP for 2021 would match that of 2019 if it grows at least 6.75% this year, our back-of-the-envelope calculations show.

Several economists have revised lower their GDP projections for 2021 closer to 5% following the recent imposition of MCO 2.0 as well as after the release of Malaysia’s final GDP reading for 2020 on Feb 11. The country’s economy contracted 5.6% in 2020, just below the central bank’s projection of between -3.5% and -5.5% last August and below the government’s projection of -4.5% in the 2021 Fiscal Outlook report released last November.

It remains to be seen whether Bank Negara Malaysia will revise its 2021 GDP forecast when it releases its annual report for 2020 (likely in late March or April) or the first quarter GDP data on May 11.