Why Bank Indonesia will fund $40 billion of government’s budget 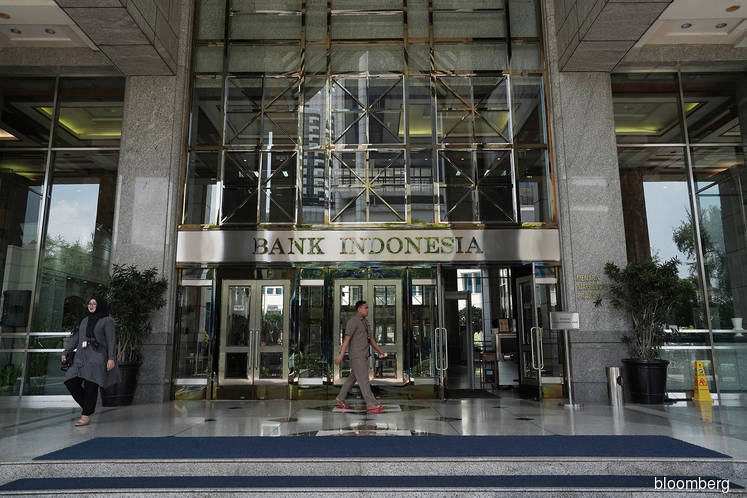 (July 1): Indonesia’s central bank is close to an agreement to fund $40 billion of the government’s fiscal response to fight the coronavirus pandemic this year, the largest debt monetization program among emerging-market nations.

Bank Indonesia has already been buying bonds directly from the government at auctions to help finance its budget spending. Now it’s preparing to go one step further by purchasing a pre-determined amount of assets at zero interest or below the market rate.

Governments around the world are borrowing record amounts to cope with the pandemic, and many are turning to their central banks to finance the extra debt. Directly monetizing the deficit has long been a taboo though, especially for emerging markets, and raises potential risks around inflation and the central bank’s independence.

Indonesia’s Finance Ministry and Bank Indonesia are set to sign an agreement laying out the terms, composition and mechanism of the bond sale program this week. Here’s a look at what we know so far about the plan.
What are the proposals?

The government wants the central bank to share more of the burden of the nation’s pandemic response, which it estimates will cost 903.46 trillion rupiah ($63.3 billion). About 64% of that, or 574.4 trillion rupiah, would be financed by the central bank, according to the proposals, with the government funding the rest. The central bank’s portion will go toward funding health care, social safety nets and food security programs, as well as partially financing the cost of rescuing micro-, small- and medium-sized businesses.

Under the proposal, Bank Indonesia would buy the bonds at zero or below market rates. The government incurs a cost when it sells bonds to local or foreign investors at a market rate, so placing the assets directly with the central bank at zero or preferential rates would help lower the state’s borrowing costs.
Total Budget Burden for Covid-19    903.46 Trillion Rupiah

Why is Bank Indonesia being asked to do this?

The government is facing the daunting task of borrowing 1.65 quadrillion rupiah this year to fund a budget deficit of 6.34% of gross domestic product and repay its debts. The pandemic has wrecked the economy -- with the International Monetary Fund forecasting a 0.3% contraction -- and government revenue has plummeted. President Joko Widodo earlier this year scrapped a fiscal deficit cap of 3% of GDP enacted in the wake of the Asian financial crisis more than two decades ago. A severe sell-off in emerging-market bonds and currencies in the first quarter meant that finance chiefs had no option but to turn to the central bank for help. Lawmakers have also been piling on the pressure on Bank Indonesia not to profit from the bond purchases.

What does this mean for the central bank?

Bank Indonesia makes a surplus or deficit based on the difference between the interest it earns on foreign reserves and local currency bonds it holds, and what it pays out on the bonds it sells as part of its open market operations. Under the deficit financing plan, the central bank will be paying out more interest than it’s earning on government bonds, potentially reducing its surplus. Citigroup Inc. economist Helmi Arman estimates Bank Indonesia had an operating surplus of 33 trillion rupiah at the end of 2019. With U.S. interest rates falling and interest income on foreign reserves declining, Bank Indonesia could see its surplus significantly eroded, he said. The Finance Ministry estimates the interest cost to the central bank would be 37 trillion rupiah a year.
What are the risks of debt monetization?

Opponents of deficit financing warn that the printing of money could boost inflation and undermine the independence of the central bank. While inflation remains low and under control in Indonesia for now, the country has been prone in the past to spikes in prices.

Citigroup’s Arman also points to the risk of a credit-rating downgrade. The unprecedented role for the central bank might prompt rating companies to turn their focus from debt metrics to central bank independence, he said. While the country will retain its investment grade rating, at least one of the three major rating companies may cut the rating by one level, he said.
How has the market reacted?

The market reaction has been muted so far. Even though the bulk of the bonds to be placed with Bank Indonesia are likely to be long tenure bonds, the yield on benchmark 10-year government bonds has hovered around 7.2% for much of June. Foreign investors have been net buyers of $523 million bonds through June 26, set for a third straight month of inflows. The rupiah gained more than 2% against the dollar last month to complete the biggest quarterly advance since 2009, according to data compiled by Bloomberg.