Entire nation to come under MCO except Sarawak — Ismail Sabri 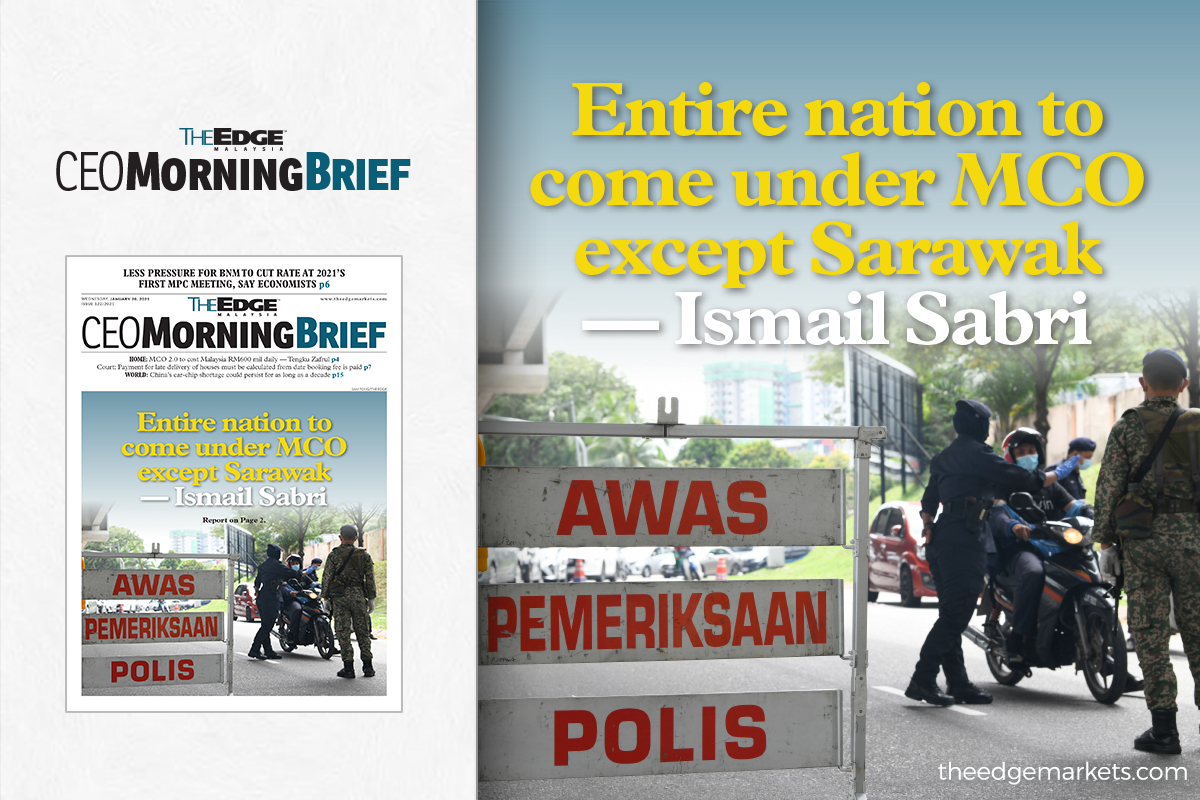 “From risk assessment and on the advice of the Health Ministry (MoH), the government agreed that MCO is enforced in the states to curb the spread of Covid-19,” he said in a media conference on the development of MCO here today.

Pahang, Perak, Negeri Sembilan, Kedah, Terengganu and Kelantan were under Conditional Movement Control Order (CMCO) while Perlis and and Sarawak were under Recovery MCO (RMCO) during the period.

On Jan 16, MCO was also implemented in Kelantan until Jan 26.

On the implementation of the standard operating procedure (SOP), he said it would be the same as announced earlier in which residents are not allowed go out of the house except for two individuals from one house at one time to buy daily essential goods as well as in emergency cases.

Movements in and out of all MCO areas are only allowed with police approval, he said.

Food supply and selling activities would only be allowed for takeaway, drive-through or by delivery from 6am to 8pm while hospitals and clinics could operate for 24 hours.

Also ending tomorrow is the EMCO at Moral Rehabilitation Centre in Muar, Johor, except at the accommodation block at Block C and School Block which would be extended to Feb 3 as there is a balance of 85 active cases in the two blocks.