Technology
Management
Corporate
In The Edge Singapore this week

Who would buy the smallest of Singapore’s 3 telcos 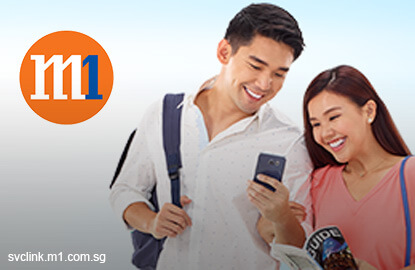 SINGAPORE (March 24): When news broke a week ago that M1’s top three shareholders were “conducting a strategic review” of their respective stakes in the mobile network operator/

To many market watcher, this means Malaysia’s Axiata Group, Keppel Telecommunications & Transportation and Singapore Press Holdings, which collectively hold more than 61% of M1, were shopping their stakes to potential buyers.

The big question is: Who would buy a control ling interest in the smallest of Singapore’s three telecoms operators when a fourth player is just about to enter the market?

On the face of it, the two other incumbents and the new entrant itself are likely to be the only parties interested in M1 at this point.

But that would be assuming that nothing more can be done to expand the local telecoms market. In fact, if M1 were to be acquired by Singapore Telecommunications (Singtel), StarHub or new entrant, TPG Telecom, it would leave the Infocomm Media Development Authority with egg on its face.

M1’s financial performance remains uninspiring, though. And, many analysts expect things to get worse when TPG Telecom launches its services in April 2018.

To find out, read the full story in this week’s issue of The Edge Singapore (Issue 772, week of March 27), available at Singaporean newsstands today.