When politics weighs on Malaysia’s only Fortune 500 company 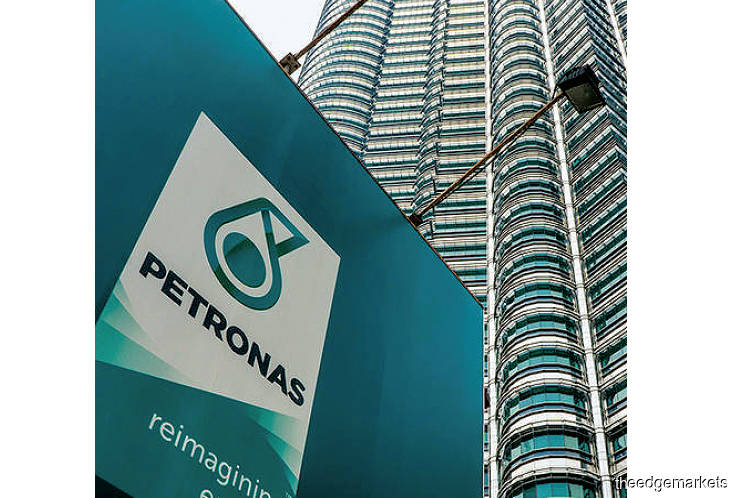 The right decisions must be made so as not to impact Petronas’ financial strength, credit ratings and commercial viability

IT must have been a difficult decision for Petroliam Nasional Bhd (Petronas) to back-track and stop contesting in court the petroleum product sales tax imposed by Sarawak last year.

The national oil firm is slated to pay more to the state when it has just halted exploration and slashed 2020 capex and opex in the face of volatile oil and gas prices.

Benefitting from the decision are the Gabungan Parti Sarawak (GPS) political coalition, which can ride on the success of getting a higher share of oil money, and indirectly, Petronas’ sole shareholder — the new Perikatan Nasional (PN) government, which may have to face a no-confidence vote in the Dewan Rakyat next month.

It also raises the question of just how difficult it is for the board of directors and senior management to run the company professionally and efficiently without compromising on its corporate responsibilities and ensuring sustainable growth.

Relationship with Putrajaya in the spotlight again

Sarawak’s sales tax on petroleum products for 2019 will cost Petronas RM2 billion. Petronas is expected to pay another RM500 million to Sabah, which has imposed a similar tax.

Amid all this, Petronas recently announced that president and group CEO Tan Sri Wan Zulkiflee Wan Ariffin is exiting the company before his contract ends — which hints at a confusing state of affairs between the federal and state governments.

Its relationship with Putrajaya as its sole shareholder, with a board answerable directly to the prime minister, was never favoured by rating agencies. This had, in the past, resulted in a downward revision in Petronas’ credit ratings. For example, the downward rating to A2 by Moody’s in June last year came after the RM30 billion special dividend payout to the government — on top of annual dividends, royalties and corporate and petroleum income taxes — which highlighted Putrajaya’s dependence on Petronas’ funds.

Industry observers say Petronas is more than able to absorb the new tax, estimated at around 6% of its RM40 billion net profit last year. And the prices of Petronas’ bonds were stable following news that it was withdrawing its appeal in the High Court over its application to declare the Sarawak tax null and void.

“Petronas would have the financial capacity and resources to manage any potential adverse changes,” said Shawn Park, associate director of S&P Global Ratings, in a reply to The Edge.

“We note that the additional tax imposed by Sabah and Sarawak, and the specific amounts, have yet to be formally confirmed by Petronas. Nevertheless, our ratings consider Petronas’ currently strong liquidity position. In our view, the company has ample headroom, given that we forecast its sources to cover its liquidity uses by 2.4 times over the next two years.

“This position is also supported by Petronas’ abundant cash balance, which was RM144 billion at the end of March 2020,” said the agency, which has maintained an A- rating for the company, and an ‘aa’ for its stand-alone credit profile.

For now, Putrajaya has indicated that it will not ask for another bumpy special dividend from Petronas in the near term.

But the issue extends beyond financial implications. It also touches on the authority of Petronas as the regulator of O&G assets in the country. While Sarawak said future taxes will be lower, Petronas is still at risk of having to come out with higher payments. This is because its production-sharing contractors — oil and gas multinationals operating in Malaysian waters, notably in Sarawak and Sabah — which are also impacted by the tax, can reclaim it from Petronas under a clause in existing contracts.

Such regulatory uncertainties set a bad precedent for future investment decisions in the capital-intensive O&G industry, and puts future growth at risk.

Economists, when contacted, expressed concerns over the long-term impact if the new arrangement is not carried out properly.

“The compromise will, of course, reduce whatever contribution Petronas can make towards the federal government’s coffers,” says MIER head of research Dr Shankaran Nambiar.

“This must be counter-balanced against the notion of fiscal federalism, where state governments have more control over their resources and sources of income,” he adds.

UOB economist Julia Goh concurs. “Given the government’s tight fiscal position, low oil prices and its need for short-term revenue enhancements, this would raise concerns on whether Petronas is able to deliver higher dividends to the government,” she says. “For Petronas, the issue would be the impact on cash flow, profitability and capital expenditure. A few billion every year adds up,” she explains. “And it takes away resources that could be deployed to expand Petronas’ investment activities, both upstream and downstream.”

It also creates a vicious cycle — bad credit ratings will result in higher finance costs, difficulty in raising more funds for actual income-generating projects and, eventually, a weaker balance sheet for Petronas, which is still the single biggest contributor to the nation’s coffers.

Since its inception in 1974, Petronas has returned nearly RM1 trillion to the federal government and the oil-and-gas producing states of Sarawak, Sabah and Terengganu in royalties, dividends, corporate tax, petroleum income tax and export duties. Under the Petroleum Development Act (PDA) 1974, oil-and-gas producing states get a 5% risk-free royalty.

Petronas is often regarded as the Malaysian government’s best-ever investment. While the federal government’s business ventures do not always result in success, Petronas has made its way into the ranks of the Fortune 500. The national oil corporation managed to do it by maintaining high professional standards and — in the past —minimal intervention from its shareholder, the federal government.

Petronas was set up with a paid-up capital of only RM10 million and without going back to the shareholder for additional capital, the management managed to grow it into a conglomerate with RM630 billion worth of assets in Malaysia and overseas.

Domestically, it developed rural areas like Bintulu, Kemaman and Pengerang into well-established international oil and gas hubs. It also nurtured many local talent and companies.

Some would, however, point out that it is the right of oil-producing states to get a bigger share of oil money.

“This is a valid argument,” says Nambiar. “It will give states a wider margin of fiscal autonomy and reduce the excessive economic control that the federal government can exert over them.”

Sarawak had also argued that if Putrajaya does not want Petronas to be impacted by the higher payout to states, it should reduce its own share of the barrel. For example, the federal government can opt to reduce its 5% royalty and give the difference to the states.

While political differences can only be sorted out by the politicians, the right decisions must be made so as not to impact Petronas’ financial strength, credit ratings and commercial viability as a Fortune 500 company.

It boils down to the allocation and utilisation of the oil funds by the federal and state governments, which are answerable to their own shareholders — the people.

“In the end, there must be transparency at the highest level [in terms of] the process of where the funds are channelled to,” says UOB’s Goh. “The same applies to all the key government agencies, not just Petronas.”

“This development is not a black swan,” says MIER’s Nambiar. “Three points must be noted: one, we should have moved towards greater fiscal federalism much earlier; two, transparency and accountability in the functioning of Petronas is overdue; and three, the search for new sources of tax revenue is also long overdue.”