When heading a GLC is a political reward 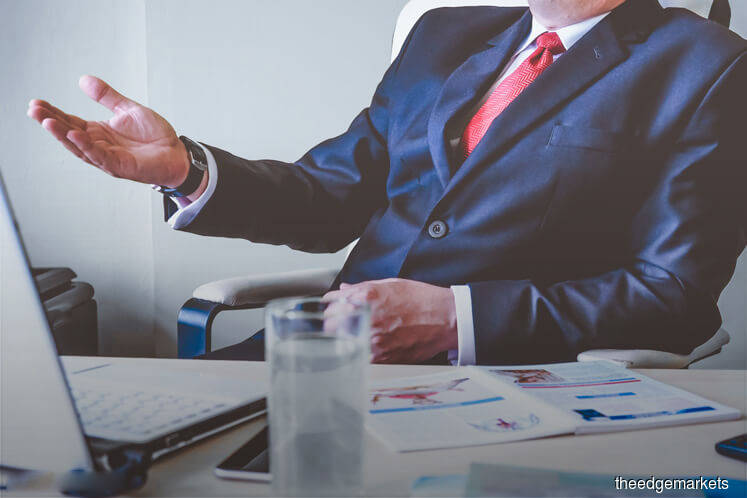 KUALA LUMPUR, (April 14): Heads of government-linked companies are appointed by the prime minister and the decisions are usually announced by the Prime Minister’s Office through media statements. That is public knowledge.

So why is Minister in the PM’s Department (Parliament and Law) Datuk Takiyuddin Hassan broadcasting via the media that all MPs who at present do not hold positions in government will be made heads of GLCs?

Considering that Tan Sri Muhyiddin Yassin has not said anything on this up till now, is Takiyuddin trying to commit the prime minister to make these appointments?

As Takiyuddin is the PAS secretary-general, the other question that needs to be asked is whether such a remark is meant to help his comrades in PAS secure plum jobs in GLCs.

He was quoted by Malaysiakini as saying: “PAS has 18 MPs, eight are ministers and deputy ministers, one has been made the Prime Minister’s special envoy to the Middle East.

“This leaves nine more MPs. Alhamdulillah, I understand all government MPs will be given the responsibility to manage GLCs”.

What should we make out of such a statement? At the very least what he said amounts to a strong lobby for his party colleagues.

A political observer goes further: “Takiyuddin made his statement committing the PM to give positions to all PAS MPs. It shows they are holding Muhyiddin to ransom. Takiyuddin is a lawyer, a smart guy at that. It’s not likely he does not know the implications of his statement”.

Emir Research CEO Datuk Dr Rais Husin weighs in with a dose of sarcasm: “Nice to see the priorities of the PAS MPs”.

In the view of political analyst Dr Oh Ei Sun, Takiyuddin had made a political demand publicly, but reckons that PAS leaders have not been represented in the new cabinet in proportion to their contribution to the Muhiyuddin government’s numbers in Parliament.

“So it is actually quite natural or even logical for PAS to demand that it be compensated by having most or all of its non–cabinet MPs to be appointed into GLC boards as some form of reward and also material means for sustaining continuous grassroots political support,” says Oh.

Political analyst Dr Ahmad Fauzi Abdul Hamid also sees Takiyuddin’s remarks as addressing PAS MPs. But Fauzi observes that the problem is “once you open the gates of GLC leadership appointments to PAS MPs, what stops MPs from other PN components demanding the same?”

Muhiyuddin’s government, says the analyst, will just have to continue rewarding MPs with positions and perks as long as the Perikatan Nasional’s parliamentary majority remains fragile and uncertain.

“Led by a PM from a small party in the coalition it becomes so easy for the government to be held at ransom by its bigger partners”, says Fauzi.

Looking at Takiyuddin’s remarks, it seems very much like the PM is being held to ransom.

True, Takiyuddin had also said that appointments to GLCs would depend on legal procedures as some positions are the prerogative of the respective minister while others require the consent of the Yang Di-Pertuan Agong.

But he also said: “For coordination purposes all proposed appointments of GLC chairpersons must get the agreement of the prime minister”.

Is that the only role of the prime minister in this issue? Merely to agree (or not) to proposals made by others? Isn’t it the prerogative of the PM to decide who makes the cut and who doesn’t, following consultations?

In the current situation according to Oh: “it is ultimately up to the PM’s political calculation as to how to divide the GLC appointments between leaders of his own party versus the other component parties in his administration”.

But going by Takiyuddin’s words, it appears that the prime minister is made out to be a mere figure head.

Veteran journalist Datuk A Kadir Jasin sums up the situation by saying: “Things will only get worse when those who are not qualified to become ministers are made chairmen of GLICs, GLCs and government agencies”.

Interestingly, Takiyuddin had said earlier that all those to be appointed are qualified as “they are MPs”. For the life of me, I can’t find the logic of that statement.

As Fauzi rightly puts it, GLCs will yet again end up becoming tools of patronage, to the detriment of efficiency and ultimately the rakyat.

At the end of the day says Fauzi, “when losses are incurred the people at large foot the bill”.