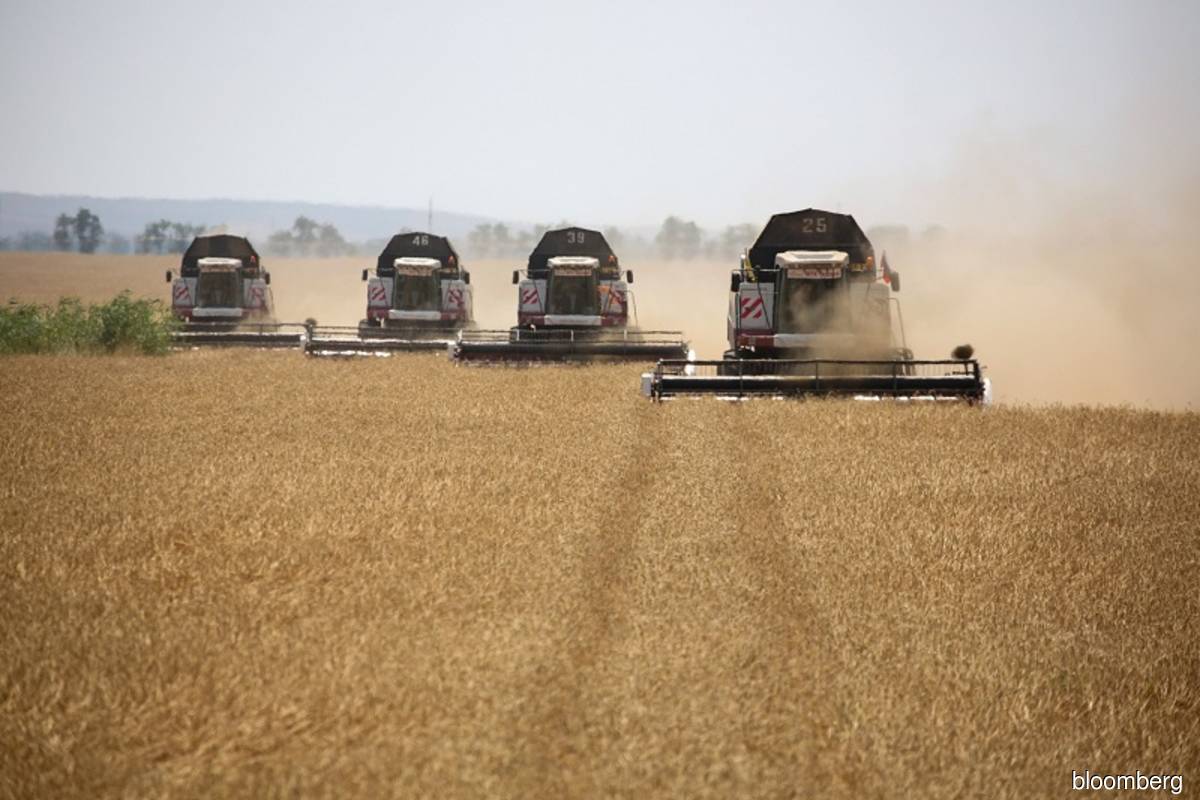 CHICAGO/LONDON (Nov 1): Wheat is starting November off on a tear, with futures contracts pushing to multiyear highs as top importers bulk up on grain.

The benchmark Chicago contract touched an 8 1/2-year high on Monday, while futures linked to the hard red and spring varieties reached levels not seen since 2014 and 2008 respectively.

A surge in demand is chasing limited global supplies after poor weather struck harvests in major exporting countries this year. That’s spurred wheat’s longest streak of monthly gains since 2007. Some growers also are contending with dry weather at planting time, as well as soaring fertilizer costs that risk denting next year’s harvests.

Saudi Arabia’s state buyer booked 1.3 million tons of wheat in a tender this past weekend, almost double the amount expected. Plus, top importer Egypt is returning to the market with a tender on Monday — less than a week after its largest purchase of the season.

Paris milling wheat futures are approaching an all-time high, while Minneapolis spring wheat used in bagels and pizza crust rose as much as 2.6% to US$10.7925 a bushel, the highest since April 2008.

Chicago’s benchmark soft red winter wheat, relied on by bakers for making cookies and cakes, climbed as much as 3% to US$7.9575, the priciest since Jan 22, 2013. Hard red winter wheat used for all-purpose flour edged up to the loftiest level since May 2014, or US$8.0475 in Chicago.

Supply concerns, driven by surging fertilizer prices globally, also lifted corn futures. The most active contract rose for a fifth straight session in Chicago to US$5.7875, the highest since mid-August.

Soybeans fluctuated between gains and losses. The US is expecting its biggest crop on record this year and the prospect for big plantings next year is likely as some farmers are expected to pull back some corn acreage in favour of less fertilizer-reliant beans.