What to watch as China rolls out an economic plan to overtake the U.S. 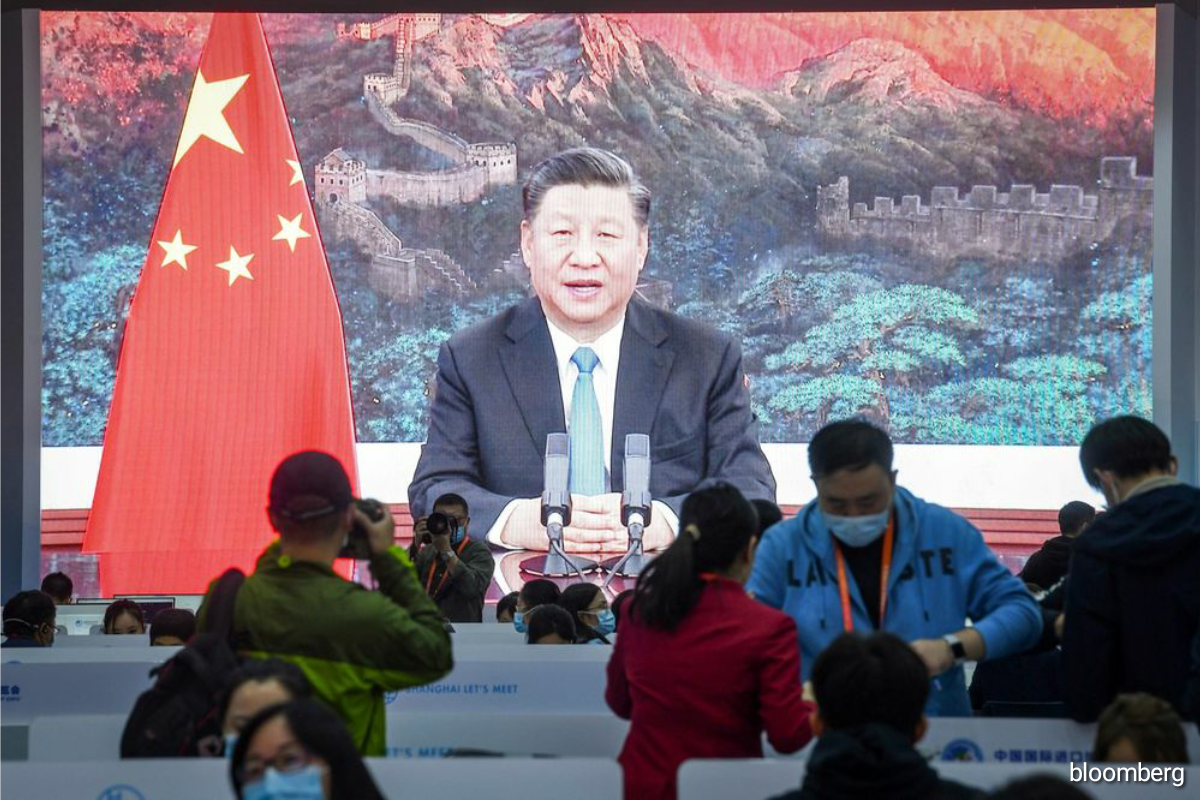 (Mar 4): China kicks off its biggest political meeting of the year Friday, laying out plans that could propel the economy into the world’s biggest this decade.

The annual gathering of the National People’s Congress carries an added significance this year with the Communist Party’s unveiling of its new five-year plan -- a blueprint to boost the domestic market and reduce technological dependence on the outside world. Approval of the policies are predetermined, but the NPC meeting is an important mechanism through which the ruling party communicates its plans to the world.

China powered its way out of the pandemic last year after the virus was quickly brought under control, becoming the only major economy to expand in 2020. Now, with risks of asset bubbles growing, policy makers must engineer an exit from the monetary and fiscal stimulus that fueled that recovery -- and do so without destabilizing growth and spooking investors already wary of corporate defaults.

Here are some of the key issues to watch when Premier Li Keqiang outlines the ruling party’s plans Friday:

The government didn’t set a target for gross domestic product growth last year, and with the coronavirus pandemic still looming, it could refrain from doing so again. The Communist Party has emphasized the need for quality growth and dropping a numeric target for a second year would signal it considers that more important than the pace of expansion, said Haibin Zhu, chief China economist at JPMorgan Chase & Co.

But it’s still an open debate. A researcher at an influential government think tank said last week a target was necessary to ensure quality growth. And three-quarters of provincial governments have already set annual GDP growth targets of 6%-8% for this year -- conservative in comparison with economists’ median estimates of an 8.4% expansion.

Aside from this year’s growth, the new five-year plan will also lay out an average growth goal for 2021-2025, which Zhu estimates would be about 5.5% a year, compared with a target of more than 6.5% in the previous plan. “That is achievable because there is high growth in 2021 to start with,” partly due to base effects from last year’s pandemic-induced slump, he said.

In the absence of a GDP target, local officials guide policy with reference to an urban job creation target, which is likely to be 11 million this year, according to forecasts from Goldman Sachs Group Inc.

The government runs a budget deficit each year as part of what it calls “proactive” fiscal policy, disclosing an annual target for the gap between spending and revenue. This year, the target will return to pre-pandemic levels of 3% of GDP from more than 3.6% in 2020, according to Peiqian Liu, chief China economist at NatWest Markets in Singapore.

“We expect the stimulus withdrawal to be mild and focus on reducing excessive debt growth,” she said.

Morgan Stanley economists estimate that the “augmented” deficit, which includes wider forms of off-balance-sheet borrowing by local governments, will fall to 12% of GDP in 2021 from 15% in 2020. That is still high relative to pre-pandemic levels closer to 10%. The quota for local government bond issuance, an important driver of infrastructure investment, will fall to 3 trillion yuan ($465 billion) this year from 3.75 trillion yuan, the economists wrote in a note.

Alongside its work report for this year, the government will also release economic goals for 2021-2025. The five-year plan is a hangover from the planned-economy era, when specific targets for output of steel and other products were set. Since then the document has become mainly a list of general aspirations, but it sets the tone of policy and includes some numerical targets.

At the center of the new plan will be Beijing’s push to develop new technologies and cut the nation’s reliance on geopolitical rivals such as the U.S. for components like microchips.

That should mean allocating more resources to science and technology, with spending on research and development targeted at around 3.5% of GDP over the period, according to Cao Cong, an expert on Chinese science policy at the University of Nottingham in Ningbo.

The five-year plan will also attempt to soften the impact of a rapidly declining birth rate and aging population on economic growth, with a possible further relaxation of limits on family size and a raising of the retirement age. The plan is also likely to include a target for moving rural residents into cities, and measures on equalizing social services between regions, in order to reduce inequality and promote consumer spending.

“The government needs to come up with ways to lift fragile household confidence and get more money into the pockets of consumers,” said Shaun Roache, chief Asia-Pacific economist at S&P Global Ratings.

Investors are watching out for more specifics on how the government will reach its goal of peaking greenhouse gas emissions by 2030 and achieving carbon-neutrality by 2060. It’s been widely flagged that renewables will take an ever larger slice of power generation at the expense of the dirtiest fossil fuel, coal. But policy changes are likely to reach far beyond just energy markets, from reining in output of highly polluting metals like steel to the rejuvenation of vast agricultural hinterlands.

Running parallel to -- and perhaps occasionally competing with -- the massive effort to cleanse the atmosphere will be policies that speak to historical anxieties around ensuring the supply of food, energy and minerals. Given the country’s stature as the world’s biggest buyer of everything from crude to iron ore and corn, investors will be on the look-out in particular for any hints that strategic stockpiles will be expanded, or import dependencies curtailed.

The five-year plan will likely include aims to further open up the financial system to foreign investors, and reduce the limits on Chinese investors moving cash overseas. Capital market reforms over the next several years may also help to direct financing to businesses: officials are considering making relaxed listing rules more widespread and also studying the feasibility of a same-day trading mechanism on Shanghai’s Star Market.

At the same time, authorities are tightening their grip on technology giants like Ant Group Co. and Tencent Holdings Ltd.’s WeChat Pay to curb their growth in financial services. The central bank earlier this year proposed anti-monopoly rules in the online payment market.

Any announcements on Hong Kong could stoke tensions with the U.S., which sanctioned senior Chinese officials after the NPC imposed a national security law on the city last year. Chinese officials have been urging electoral changes to ensure “patriots” run the former British colony, further restricting its already-limited democracy. China will also release a target for defense spending as part of its budget. Military expenditures rose by 6.6% last year, the slowest pace since 1991.