What Malaysian businesses should pay attention to during COP 26 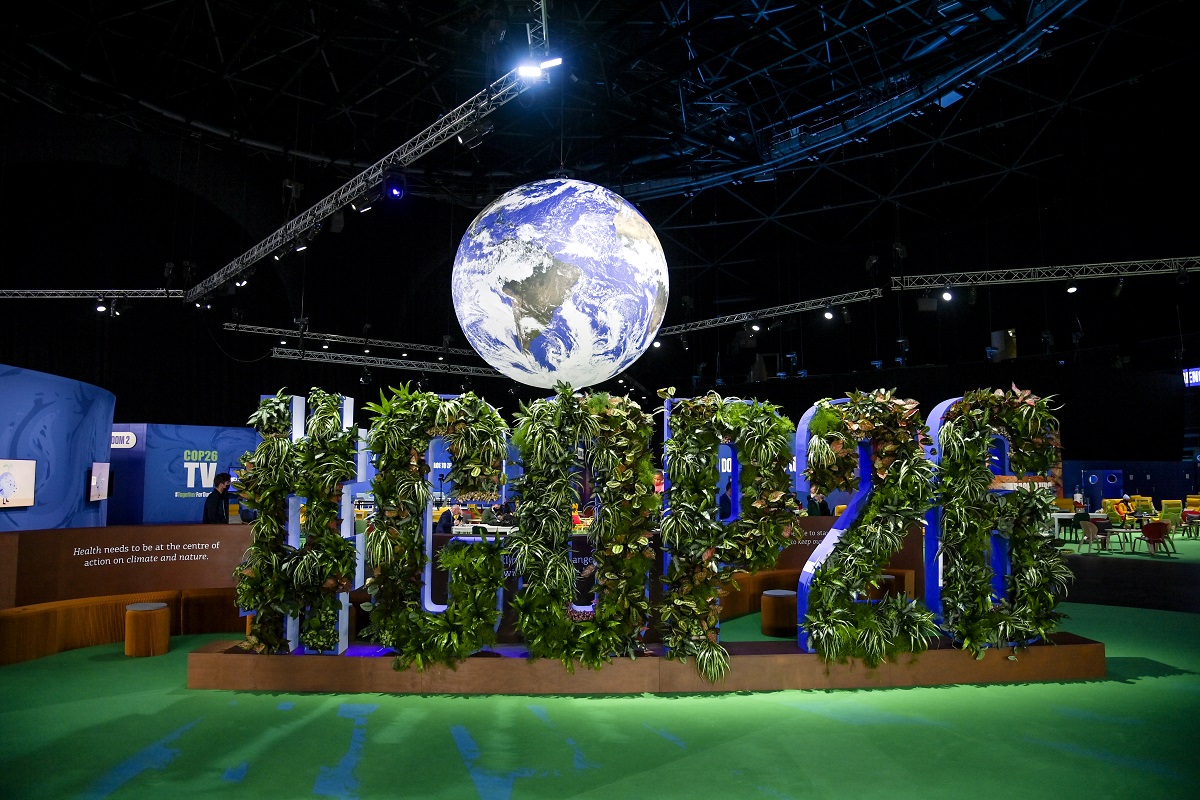 As the long-awaited 26th United Nations (UN) Climate Conference (COP 26) takes place in Glasgow, United Kingdom, from Oct 31 to Nov 12, businesses in Malaysia should pay heed to a few key outcomes bound to emerge from the event.

The COP (Conference of Parties) is the supreme decision-making body of the UN Framework Convention on Climate Change (UNFCCC). Meetings are held annually with country delegations. Notably, the COP 21 held in 2015 was where the legally-binding international treaty Paris Agreement was adopted.

The COP 26, which was delayed by a year due to the pandemic, is significant because it is the first time countries party to the Paris Agreement have to submit updated climate targets to the UNFCCC in the form of Nationally Determined Contributions (NDCs). The NDCs set the direction for the country’s climate-related policies and strategies.

The COP 26 hosts — the UK and Italy — aim to secure a global net zero strategy by 2050 through these updated targets. UK prime minister Boris Johnson has urged national leaders to take action on “coal, cash, cars and trees”. By this, he refers to the call to phase out coal, deliver financing to developing countries to help them meet climate targets, accelerate the transition to electric vehicles and end deforestation. “Malaysian business leaders need to pay attention to how COP 26 outcomes will possibly rewrite engagement in trade. Moving forward, climate credentials may be a third consideration beyond price and quality, and this will result in a changed rule of engagement for global suppliers,” said Faroze Nadar, the executive director of the UN Global Compact Network (UNGC) Malaysia and Brunei.

“As our businesses are ingrained in the global supply chain, nationally-legislated climate actions by buyer countries will influence and reshape the expectations of trade activities.”

At least 130 economies have announced or are planning net zero targets by 2050, according to the UN. Just this week, India announced its commitment to reach net zero emissions by 2070. To reach these targets, new regulations and policies are expected to be introduced. This will affect businesses with a global footprint. Faroze: Malaysian business leaders need to pay attention to how COP 26 outcomes will possibly rewrite engagement in trade. Moving forward, climate credentials may be a third consideration beyond price and quality, and this will result in a changed rule of engagement for global suppliers.

An example is more scrutiny on deforestation activities by buyer countries, said Faroze, which will impact the oil palm industry in Malaysia. There’s also international pressure to phase out coal. In the G20 summit prior to COP 26, the country leaders agreed to end international public finance for new unabated coal power generation abroad by the end of 2021.

On the other hand, demand for solutions to reduce carbon emissions will increase, as will the attractiveness of companies that have taken active steps to decarbonise.

Investors and businesses will be paying attention to these commitments made during COP 26 to gain visibility on longer-term climate mitigation and adaptation policies, as well as clarity on the speed of the low-carbon transition, according to HSBC Global Research.

A successful COP 26, it believes, will result in an acceleration of climate policies, including incentives for investments to reduce emissions, more climate-related disclosure and targeted regulations.

On the local front, Malaysia submitted its new NDC earlier this year, where it committed to reduce economy-wide greenhouse gas (GHG) emissions intensity (against gross domestic product) by 45% in 2030 as compared to 2005 levels.

This is a step up from the previous and first NDC, where the country pledged a conditional reduction of carbon emissions intensity by 35% and an additional 10% upon receipt of climate finance, capacity building and technology transfer.

The government also announced its goal to become carbon neutral by as early as 2050.

To achieve this, the government stated its plans to set up a voluntary carbon market, domestic emissions trading scheme, increase the renewable energy installed capacity target and eliminate EV import duties, excise duties and sales tax, amongst other initiatives.

Details of the carbon reduction measures will be announced by the end of 2022, after a long-term review of low-carbon development strategies have been finalised, said Prime Minister Ismail Sabri Yaakob.

The rules that make the Paris Agreement operational also have to be finalised in this COP. This includes the discussion on the rules for carbon markets. The negotiations will revolve around how to avoid “double counting” of carbon credits between buyers and sellers and whether old carbon credits generated from the Kyoto Protocol’s Clean Development Mechanism (CDM) can be counted.

This will be relevant to Malaysia as it attempts to set up its own carbon pricing initiatives. Malaysia used to participate in CDM, where majority of the carbon credits were produced by oil palm projects to turn oil palm waste into energy and compost. Many businesses have also included carbon offsets as a strategy to reach their net zero goals. Chan: The governance and oversight of carbon accounting, as part of Article 6, would be of interest to Malaysian businesses since many are agriculture or energy related, as well as crucial parts of international supply chains.

“The governance and oversight of carbon accounting, as part of Article 6, would be of interest to Malaysian businesses since many are agriculture or energy related, as well as crucial parts of international supply chains. Over the medium term, many businesses could be thinking about repositioning themselves to be a part of the global supply chain in lower-carbon or zero carbon industries,” said Wai-Shin Chan, global head of climate change centre and ESG research, HSBC.

However, estimates by the Organisation for Economic Co-operation and Development (OECD) and Oxfam have shown that this goal was likely undelivered.

Malaysia has been receiving funding and capacity building assistance from countries like Germany and the UK, and the Global Environment Facility, the world’s largest multilateral fund focused on helping developing countries implement environmental projects.

“In negotiating access to direct climate financing, we must be data driven and present our existing climate-friendly actions, such as how our certified sustainable palm oil plantations combat deforestation and how we are using proceeds of the world’s first sovereign sukuk exclusively to combat climate change,” said Faroze.

“This will position Malaysia as a climate positive link in global supply chains and enhance the attractiveness of our businesses and perhaps, improve the likelihood of us attracting global fund flows to mitigate climate change in our country.”

UNGC recently published the MYClimate Action Guide to highlight climate risks and opportunities in Malaysia and case studies of Malaysian corporates taking climate action. It also released a CEO guide with practical steps for company leaders to embed climate action into their operations.

The urgency for COP 26 to deliver on its goals is palpable as the world recovers from the pandemic and multiple natural disasters that struck various countries in the past year.

According to the World Meteorological Organisation State of the Global Climate 2021 report, the past seven years are on track to be the warmest on record. Global sea level rise accelerated since 2013 to a new high this year.

Up to 98.4 million people were affected by floods, storms and other climate-related disasters last year, resulting in economic losses of at least US$171 billion, the World Resources Institute estimated.

Worryingly, global mean surface temperatures have already increased by 1.09 degrees Celsius from the pre-industrial period, according to a landmark report by the UN Intergovernmental Panel on Climate Change this year. By the end of the century, it is expected to be 1.4 to 4.4 degrees Celsius hotter, depending on how emissions are cut.

Higher global average temperatures will result in an increase in the frequency and intensity of hot extremes, heavy precipitation, droughts in some regions, more intense tropical cyclones, and reduction in Arctic Sea ice, snow cover and permafrost, the report stated. Many of these changes — especially in global sea level, ocean and ice sheet — could become irreversible for centuries to millennia.

Unfortunately, even when all the NDCs submitted by the 192 countries (signatories to the Paris Agreement) are added up, a 16% increase in GHG emissions by 2030 (compared to 2010) is still expected, according to the UN, resulting in a temperature rise of around 2.7 degrees Celsius by the end of the century.

The Paris Agreement goal is to limit global warming to well below 2, preferably to 1.5 degrees Celsius compared to pre-industrial levels, to prevent worse impacts of climate change. In Malaysia, surface mean temperature increased by 0.13 to 0.24 degrees Celsius in the past 46 years, according to Malaysia’s latest biennial update report (BUR) to the UNFCCC in December 2020. Its previous BUR report projects average annual temperatures to increase up to 1.6 degrees Celsius in Peninsular Malaysia by 2050, where an 11% increase in rainfall is also expected. Extensive flooding is likely to worsen in 14 flood-prone basins. Meanwhile, 12 ports are likely to be affected by sea level rise.