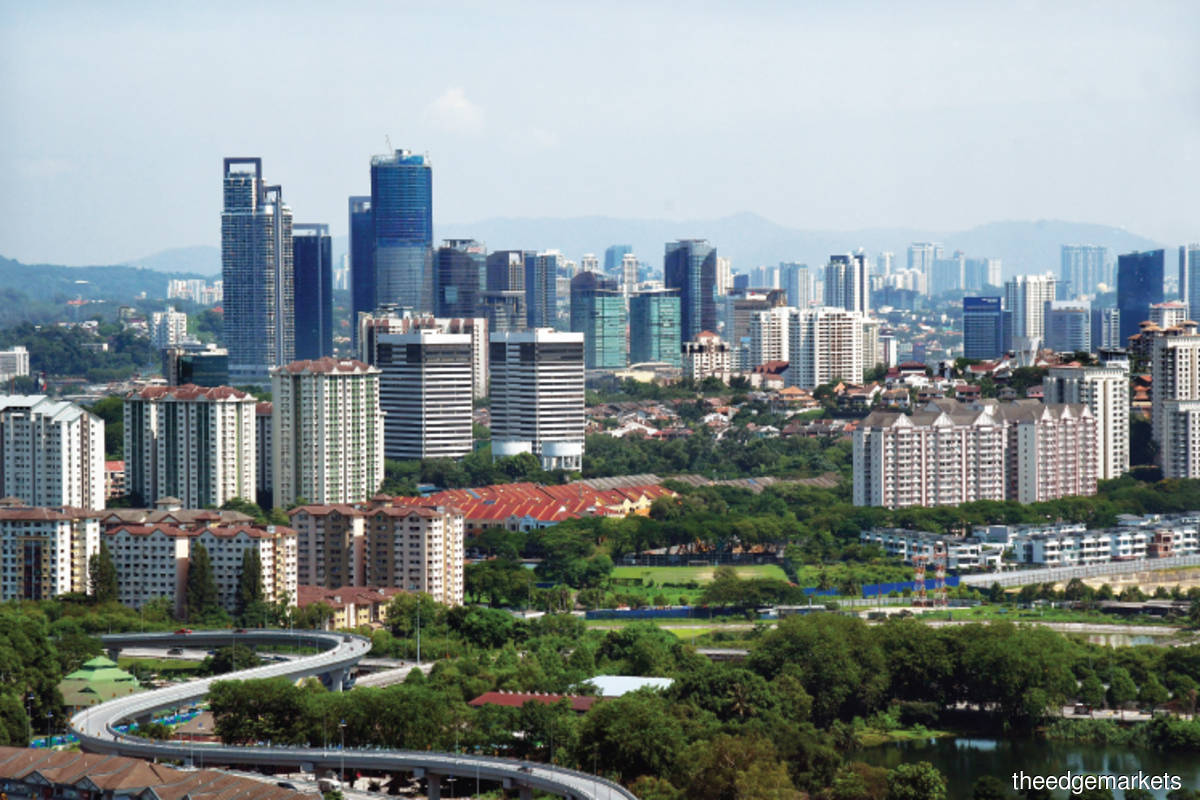 The sector’s poor outlook is reflected in the low valuation of property stocks. (Photo by Low Yen Yeing/EDGEPROP.my)

OWNING a home is a dream of most Malaysians but, for many, it remains elusive. Loan approvals for residential mortgages have been weak since 2015 (see Chart 1). Yet, property developers continue to build, with large — and rising — stocks of unsold homes. Why are many Malaysians finding homes beyond their reach, despite low interest rates?

We take a look at some of the main dynamics to understand why.

Over the last few years, the Malaysian property market has been characterised by sluggish sales and a rising number of unsold homes. Developers are sitting on large stocks of inventories, which are stretching their balance sheets, funded by borrowings from banks, and the debt and capital markets, including issuing perpetual securities. The sector’s poor outlook is reflected in the low valuation of property stocks, most of which are trading at around one-third book value.

How did this situation come about? There are several key factors: rising home supply and prices, increasing unaffordability and aggressive bank lending. This was partly due to the lack of property speculation, as property prices, as measured by the Malaysian Property House Price Index (MHPI), plunged during the Asian financial crisis and recovered only moderately in the following years.

In the aftermath of the Asian financial crisis, home prices rose again from 2000, but only moderately, with annual price growth of mostly between 1.1% and 4.9% from 2001 to 2009, when the 2008/09 US subprime crisis hit. Thus, between the two major global crises, the housing market was marked by a period of relatively moderate price and supply growth.

In response to the 2008/09 US subprime crisis, though, governments around the world embarked on aggressive quantitative easing, stimulus spending and deep interest rate cuts. These boosted all types of asset classes worldwide, including properties. In Malaysia, record low interest rates, the lack of a preceding price or supply bubble together with active encouragement by the government then (through home ownership campaigns, allowing the Developer Interest Bearing Scheme, waiver of stamp duties, extending loan tenures and financing limits, among others) combined to create a highly speculative property market from 2010 to 2015 (see Chart 3 on next page).

In particular, the cutting of real property gains tax (RPGT) rates, especially for shorter-term disposals, including a total waiver of RPGT from 2007 to 2009, further spurred property speculation.

Rising home prices (and profit margins) led to a building boom by developers. From 2015 to 2019 (with the completion of most homes launched during the speculative period), home supply increased by an annual rate of 3.6%, more than twice the 1.6% annual population growth rate. The result was declining take-up rates and rising inventories. All in, Malaysia had a total supply of 6.02 million homes in 2019, comprising 5.73 million houses, 38,134 SoHo units and 253,056 serviced apartments. There is now one home for every 5.4 people, compared with the average household size of 4.1 (although the statistics are skewed by foreign workers’ being densely packed in rented homes or hostels).

With shrinking household sizes, population growth and urban migration, demand for homes will continue to grow. However, can Malaysians afford a home?

Home affordability is a major concern, as home prices have surged well ahead of income growth. The growth in home prices has outpaced that of real income by two times since 1990; in other words, home affordability has halved (Chart 5). It now takes 9.5 years of average annual income to buy an average home, double the 4.7 years that was needed in 1990.

Banks must also bear some responsibility for creating the housing problems, the root of which can be traced back to the 1997/98 Asian financial crisis. The collapse of large conglomerates and bad corporate loans during the crisis pushed banks to diversify their risk profile and rebalance their portfolios. A shift from corporate to consumer lending began, with an aggressive emphasis on home mortgages at low interest spreads. The aggressive lending for home mortgages fuelled home demand and supply by developers, lifted property prices and created a speculative bubble. For consumers, this led to Malaysians having one of the world’s highest household debt-to-GDP ratios at more than 80%, fuelled by loans for homes, cars and personal spending.

What is the primary purpose of housing to society? It is to serve the purpose of providing a shelter or a home for individuals and families. Of course, it also directly and indirectly creates jobs and business activities.

Having shelter, whether by ownership or rent, is a fundamental human right, but it is being challenged on several fronts: home prices that have risen well ahead of income growth; the high cost of living in Malaysia; highly indebted households; and a banking sector that is already overexposed to housing mortgages and property developers.

Yet, proposed solutions to the current predicament of a property glut and soft demand for the struggling property industry remain the same old ideas, which caused the current problems of high unsold inventories and rising unaffordability in the first place. These include easing financing for buyers, extending mortgage tenures, concessions on taxes and duties, and marketing campaigns with freebies.

The other solution articulated by some is that those who cannot afford to own a home should rent instead. Rent is an expense and rises as house prices appreciate, further diminishing the savings of those who are already poor. It perpetuates a class division between the landlords and the tenants. Those with capital buy homes with a deposit, and the mortgages are paid for using the rentals earned from those who cannot afford to buy. Those who believe in this solution lack intellectual capacity, or are intellectually dishonest.

A major strategic rethink is needed to structurally address these issues. We need to move away from the demand-side solutions of the past to start finding a solution on the supply side.