What ails Malaysia? Seven prominent people give us their take 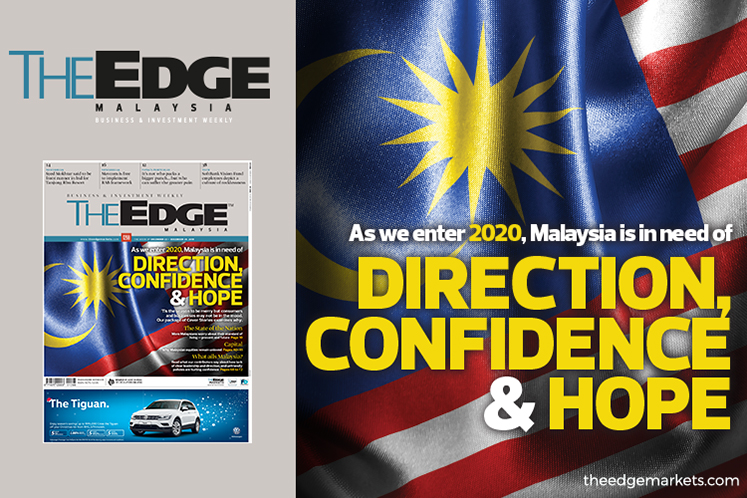 Some US$2 billion in global funds have exited Malaysian stocks this year, according to Bloomberg, while former Finance Minister II, Datuk Seri Johari Abdul Ghani has put the figure at more than RM20 billion since May 2018. This outflow is deemed the largest among emerging Asian equity markets.

The dismal performance has been largely blamed on cuts in public spending given the government's fiscal constraints, a weak ringgit and question marks over the succession of the country’s leadership.

The share index’s price-to-book valuation of 1.5 times is near the lowest since 2009 and at a discount to the 10-year average. The market is 5% away from bear market levels, Bloomberg reported.
Adding to the issues is the increasing number of companies that have let go of employees.

Meanwhile, disharmony and racial issues are being fanned by various quarters for political mileage.

Against this backdrop, The Edge asked prominent individuals to pen down what they feel ail the country.