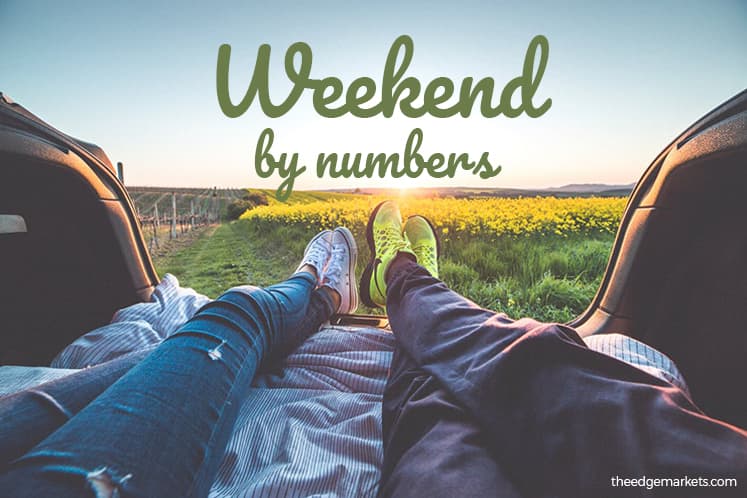 The Short+Sweet festival premieres new works that are 10 minutes or less, giving you a bite-sized morsel of incredible local talents. In one night you would be able to watch 10 to 12 works. Run as a competition platform, the performers compete to be part of the Gala Finals to win prizes such as the Mercedes-Benz Award for Creative Excellence. The musical segment of the festivities takes place until tomorrow at 8.30pm, with the Gala Night on Sunday at the same time. Shortlisted musicals include Brown Boy Dreams, Battlefield, Free The Garden and Beyond Your Wildest Dreams. Tickets are RM45 each. Head to Pentas 2, klpac, Sentul Park, Jalan Strachan, Kuala Lumpur. For tickets, visit klpac.org. Spend your evening at Publika for a four-act affair by incredible local artistes. This month’s performance features Sounds of Kites, the stage name for the talented singer-songwriter, musician and composer Wan Umar Shahid Wan Ibrahim; Ariff Akhir whose 20 years of experience in the industry have made him a memorable performer; Malaysian alternative rock act from Shah Alam, Nervous Electroids, whose influences include Deftones, Foo Fighters and Alice in Chains; and Arisha Akhir, a published spoken word poet and storyteller. Publika Sessions takes place tonight at 7.30pm at The Square, Publika, Solaris Dutamas, Kuala Lumpur. For details, visit Publika’s Facebook page @PublikaGallery. A famed name in the local acoustic scene, Reza Salleh is a singer-songwriter whose music ranges from pop and R&B to grunge and folk. Salleh’s performance is not one to be missed. Having played all over the world, including in Australia, Laos, Singapore, Thailand and Japan, this multidimensional musician draws inspiration from his personal experiences and observations of life. He will be backed by Melina William on bass, Zalila Lee on percussion and Irena Taib on the electric guitar. The quartet will be performing tonight and tomorrow at 10pm, with a music charge of RM10 each, at Alexis Bistro Ampang, Great Eastern Mall, 303 Jalan Ampang, Kuala Lumpur. For details, visit alexis.com.my. Returning to the Bobo KL stage is Rozz, flanked by Dennis Law on the Bobo grand and Stephen Tseu on the cello. Their performance, entitled Rocketman!, celebrates the music of the legendary Elton John. Using the newly-released biopic of the singer, the night will include Elton’s most electric and famed music. Rocketman! takes place tonight and tomorrow at 9.30pm. Tickets are RM60 or RM45 each for Bobo diners. Bobo KL is at 65-1, Jalan Bangkung, Bangsar, Kuala Lumpur. For more information, visit bobokl.com.

Yoga is a great way to expand your horizons and find a new way to appreciate your body and mind. Conducted by a certified yoga teacher, Prabh Lahari, this class will alleviate stress and anxiety, as well as improve your posture, awareness and flexibility. The class will be held on Sunday from 10am to 11am. Admission is a suggested donation of RM20 each. Book yourself a spot by emailing Ong Ee Lee at [email protected] or call (018) 5769 828. For details, visit rawartspacekl.wixsite.com. Dance the night away with Ben Nicky, one of the most famous DJs in the world. Having travelled the globe with his take on dance music, Nicky has played for the largest and most iconic festivals, including Tomorrowland, EDC, Ultra Music Festival, Creamfields, Paradiso, Spring Awakening and many more. Having recently signed to Made Decent, Ultra & Spinnin’ Records, Nicky’s style features genres such as trance, psy-trance, techno, hardstyle and bounce. Performing only tomorrow at 11pm at Zouk Genting, SkyAvenue, Genting Highlands, Pahang. Tickets are RM65 to RM75 each and can be purchased at rwgenting.com Malaysia’s leading contemporary circus performing group Psycusix will be performing its show entitled Rörelse. Established in 2014, this team has toured the world — from the Philippines and Hong Kong to the US and the UK — with ventures that have allowed them to dance and learn from other talented practitioners. These passionate performers take on acts of bravery and incredible skills. The 90-minute show will take place at DPAC, Empire Damansara, Jalan PJU 8/8, Damansara Perdana, Petaling Jaya tonight at 8pm. Tickets are RM50 each and can be purchased at psycusix.com or dpac.com.my. Fans of Jay Park will be glad to know that the Korean-American rapper will be performing in Kuala Lumpur for one night only. His Sexy 4Eva World Tour will definitely be a memorable performance. Park is the chief executive officer and founder of two record labels — AOMG and H1GHR Music — and he has been featured in a YouTube documentary. A native of Seattle, this multiplatinum hip-hop and R&B artiste will captivate you tonight at 8pm. General tickets are RM322, premium at RM375 and VIP tickets at RM782.50. The show is at KL Live at Life Centre, First Floor, Life Centre, 20, Jalan Sultan Ismail, Kuala Lumpur. For details and to purchase tickets, visit jaypark-worldtour.com. Exchange Theatre presents In One Boat, an interactive theatre experience that examines school bullying. Opening this discussion to the audience, they look at different ways to tackle this apparent issue. Directed by Grégory Henno, the cast includes Lim Kien Lee, Zul Zamir and Sandee Chew. The show takes place at Indicine, klpac, Sentul Park, Jalan Strachan, Kuala Lumpur tomorrow at 10.30am. Tickets are RM25 each and can be purchased at klpac.org. Presented by KL Shakespeare Players and TAS Seni Teater Rakyat, Storytelling: Shakespeare’s The Tempest is an interactive storytelling rendition of the bard’s classic. Suitable for ages six and above, the performance is adapted, making it identifiable for children. Written and directed by Johnny Gillet, the actors include Lim Soon Heng, Zul Samir and Nikki Basharuddin. This educational rendition of The Tempest is showing at klpac, Sentul Park, Jalan Strachan, Kuala Lumpur tomorrow at 3pm and on Sunday at 4pm. Tickets are RM45 or RM45 each for students. For tickets, visit klpac.org.