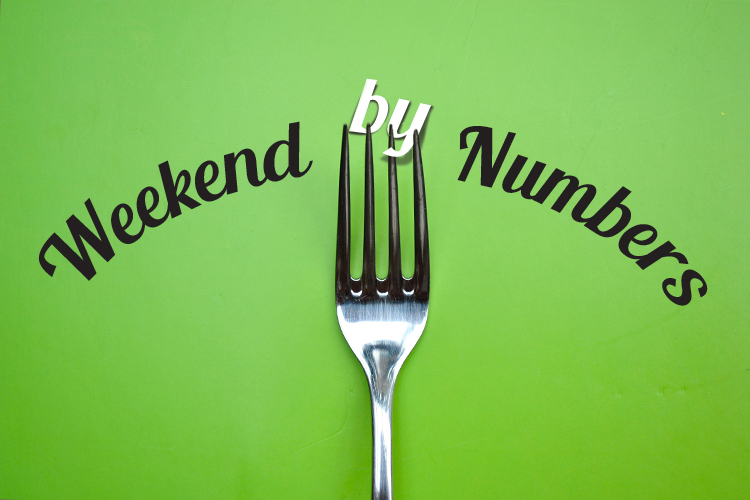 Songs from the Soul displays Rozz’s luscious jazzy vocals and charming wit, making it a dream to watch. The performance also features Oliver Chan on bass and Wayne Tan on drums. Together, they will bring the audience a fresh take on melodies from Broadway musicals to classic and current pop numbers. It will be held today and tomorrow at 10pm at Alexis Bistro Ampang, Lot 10, Great Eastern Mall, 303, Jalan Ampang, Kuala Lumpur. Tickets are priced at RM10 and available at www.alexis.com.my.

Head over to this local music festival which aims to become one of the more progressive and innovative music festivals in the country. The objective is to bring independent artistes from other Asian countries together in one place, becoming a platform to collaborate and showcase new ideas and genres. The festival is happening tomorrow at 3pm at klpac, Jalan Sultan Azlah Shah, Sentul, Kuala Lumpur. Tickets are priced at RM158 and RM180. For more information, visit www.klpac.com.

Join Dasha Logan, who has been singing jazz, funk, soul and R&B professionally for the past 12 years, for a show designed to tell the story of the late Amy Winehouse. Join her for a captivating performance today at 10pm at No Black Tie, 17 Jalan Mesui, off Jalan Nagasari, Bukit Bintang, Kuala Lumpur. Tickets are available at noblacktie.com.my for RM80.

With one of the most powerful voices in Malaysia, Poova not only has an award winning debut album released independently, she has also been nominated against some of Malaysia’s greatest voices. She is a versatile artiste who holds much promise of giving the audience an entertaining night. Join her at Bobo KL, 65-1, Jalan Bangkung, Bangsar, Kuala Lumpur, today and tomorrow at 9.30pm. Tickets are priced from RM60. For further details, contact (03) 2092 5002.

Part of Her is a solo exhibition, by Ong Jing Ren, that hopes to reveal parts of ourselves that we may endeavour to hide. The series shows our two emotional sides — one we show others and another that absorbs all the pain. Head over to Iron River Studio, No 39-01, Jalan Tasik Utama, 8 Medan Niaga Tasik, Damai Sungai Besi in Kuala Lumpur between 1pm and 8pm tomorrow and on Sunday to visit the exhibition. Visit facebook.com/IronRiverStudio for further information.

Enjoy this two-day British international cat show that features a variety of cats from domestic shorthair and longhair cats to more exotic species such as Persian, British shorthair, Sphynxes and many more. Head over to Wangsa Walk Mall, 9, Jalan Wangsa Perdana 1, Wangsa Maju, Kuala Lumpur tomorrow and on Sunday.

Drop the Mic held at The Joke Factory are where comedians and music fans Aaron Barber, Nizan Jentik-Jentik, Harresh AU and Bal come together to perform stand-up on the first half of the show, and rap battle on the second half. Hosted by Harith Iskander, this show is right up your alley whether you are into trap, old school rap or just a fan of comedy with music. Come and watch these comedians drop the mic. It will be held tomorrow at 8.30 at The Joke Factory, Level G3, Publika Shopping Gallery, Jalan Dutamas 1, Solaris Mont’Kiara, Kuala Lumpur. Call 013 523 1491 for further information.

Catch Darren Matthews today and tomorrow for a night of comedy at his show titled The Adventure of Whiskey & Ginger Male. As he navigates himself through Asia with an Irish accent, the Bessbrook native brings the audience a hilarious show. Join him at 9pm at Crackhouse Comedy Club, 24, Lorong Rahim Kajai 14, Taman Tun Dr Ismail, Kuala Lumpur. Tickets are priced at RM40 online and RM50 at the door. For further information, visit crackhousecomedy.asia.

If being healthier is a part of your New Year’s resolutions, come to the Raw Food Workshop by Hope Malaysia and explore the colourful world of raw food while gaining practical knowledge about how to incorporate more raw food into your diet. A variety of food such as sweet smoothies, rainbow salads, zucchini noodles and wholesome chocolate pudding can be made — all raw and healthy. It will be held at A2-03-02, Soho Units, Arcoris, Mont’Kiara, Kuala Lumpur tomorrow from 5pm to 8pm. Tickets are priced at RM152. Contact 014 393 2340 for further details.

After a hard week at the office, head over to sip and paint at Art & Bonding tomorrow. The night will be all about relaxing, painting and having a glass of wine in hand while allowing you to take a moment out of your busy life to learn something new in a serene environment. It will be held at Art & Bonding, No 22-3, Jalan 25/70A, Desa Sri Hartamas, Kuala Lumpur from 8pm to 11pm. Packages are priced from RM130. For more information, contact 010 650 1212.