Weekahead: US likely to show snapshot of resilience in retail 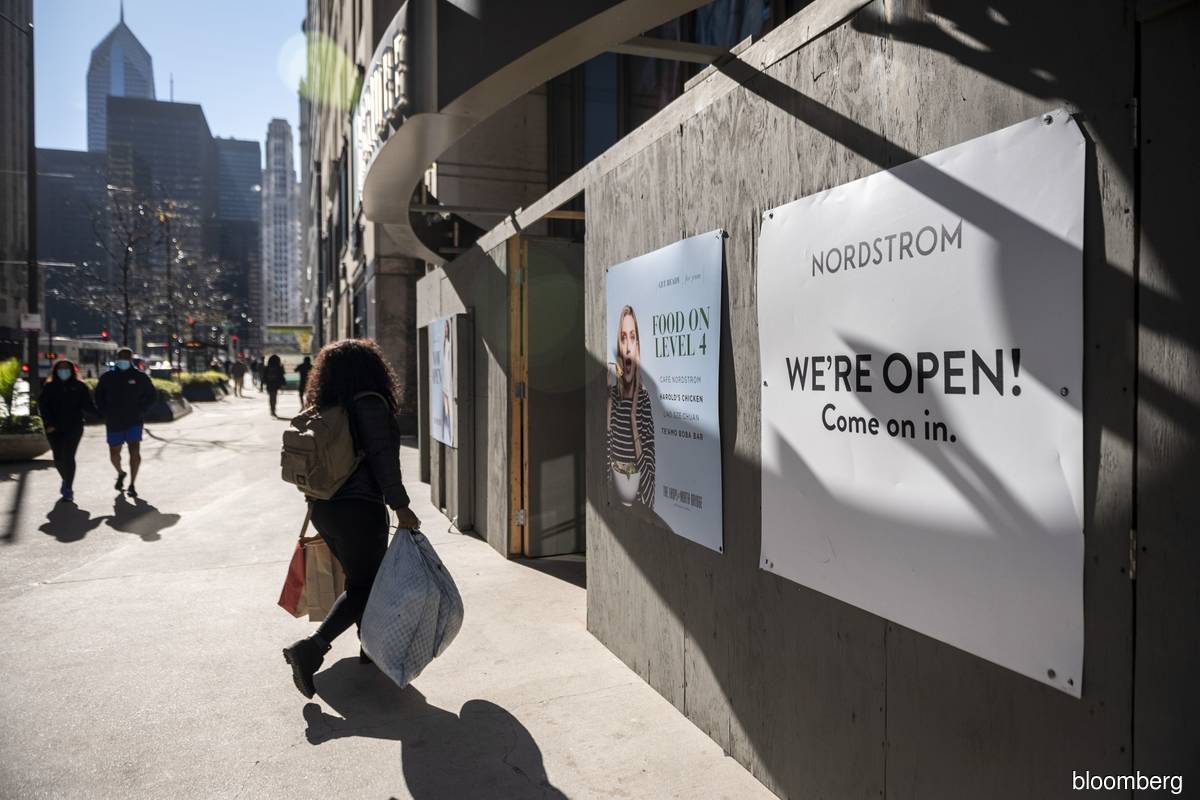 (Nov 15): The US probably began the final quarter with a steady performance by retailers, factories and homebuilders, a snapshot of resilience as the world’s largest economy plods forward against coronavirus headwinds.

Store receipts for October are seen increasing 0.5% after a larger-than-forecast 1.9% jump a month earlier. The projected gain indicates a tempering, yet still solid rate, of spending. The value of retail sales remains well above pre-pandemic levels.

Sales are proving surprisingly robust as American consumers, beleaguered by a pandemic that’s forced them to cut back spending on travel and other services, shift more of their dollars to goods. Such demand has left inventories depleted, helping explain a projected pickup in factory output in October.

Meanwhile, housing starts are forecast to increase in October, consistent with a pickup in new-home sales as buyers take advantage of cheap borrowing costs.

“We expect momentum to be challenged going into the holiday season. Restaurant bookings have been stalling as the weather cools and Covid-19 cases intensify. The absence of a fiscal deal, and reduced prospects of one going into 2021, mean any income-support extension may not come until at least February, which could send a chill through holiday season sales.” — Yelena Shulyatyeva, Andrew Husby and Eliza Winger.

Below is our wrap of what else is coming up in the global economy.

A smattering of Federal Reserve officials speak this week including Vice Chair Richard Clarida on Monday, but the most interesting event concerning the U.S. central bank will occur in the Senate.

Judy Shelton’s bid to join the Fed Board of Governors gained new life on Thursday as Senate Majority Leader Mitch McConnell moved to set up a confirmation vote early this week for Donald Trump’s controversial candidate. Shelton has drawn criticism for her past advocacy for the gold standard, her one-time opposition to federal deposit insurance and remarks calling into question the need for a central bank.

In Canada, central bank chief Tiff Macklem and his senior deputy, Carolyn Wilkins, are both scheduled to speak.

Another week, another deluge of speakers from the European Central Bank and the Bank of England, hoping to guide market expectations as Europe navigates a second wave of Covid-19 infections.

At least six ECB policy makers will make virtual appearances including two by President Christine Lagarde. BOE Governor Andrew Bailey, Deputy Governor David Ramsden and Chief Economist Andy Haldane headline events on Monday and Tuesday. The extent of the damage that the pandemic has inflicted on Britain’s public finances will be revealed in budget data on Friday.

Turkey’s new central bank Governor Naci Agbal will be expected to raise interest rates at his first meeting as investors cheer changes in the nation’s economy administration that indicate a return to a more orthodox, market-friendly approach.

With Zambia becoming Africa’s first sovereign default since the pandemic struck, the central bank will also announce its first rate decision with a new governor in place. Officials may keep policy unchanged as they seek to shore up the currency.

South Africa’s central bank may hold for a second time after signaling that monetary policy has done as much as it can for the recovery of the economy. Hungary and Iceland will probably also keep borrowing costs unchanged.

Japan’s economy likely expanded by the most since the 1960s in the third quarter as it bounced back from its record contraction. Even so, the GDP data out Monday is likely to confirm that the economy will only claw back about half the lost growth triggered by the virus, with the pace of recovery set to slow.

Meanwhile, China’s recovery likely gathered steam in October, with economists expecting retail sales will continue to accelerate along with investment.

Thailand, Indonesia and the Philippines all have central bank meetings. No change in policy rates expected by economists.

Australia’s central bank chief speaks Monday and is on a panel on Wednesday, while minutes of the latest policy meeting are released on Tuesday — so there’s plenty of opportunity for Governor Philip Lowe to explain his reasoning behind the latest expansion in stimulus. Australian jobs data on Thursday will also be closely watched.

On Tuesday, data from Colombia for the period should show a jump from the second-quarter’s 15.7% slump, its deepest crash on record, even as the year-on-year figure narrowly avoids a second double-digit contraction. On Wednesday, Chile’s report for the period will also show a positive quarterly result with an 8%-10% annual decline.

Peru, expected to chart a different trajectory back to growth, will likely have clawed back much of its 30% year-on-year second-quarter plunge. While suffering by far the deepest recession, the economy’s 2021 rebound may feature some spectacular spurts of growth.

Looking to the East

On the trade front, figures in Brazil should continue to show rising and brisk flows with China, even as commerce with the US, the country’s one-time top trade partner, charts lower.