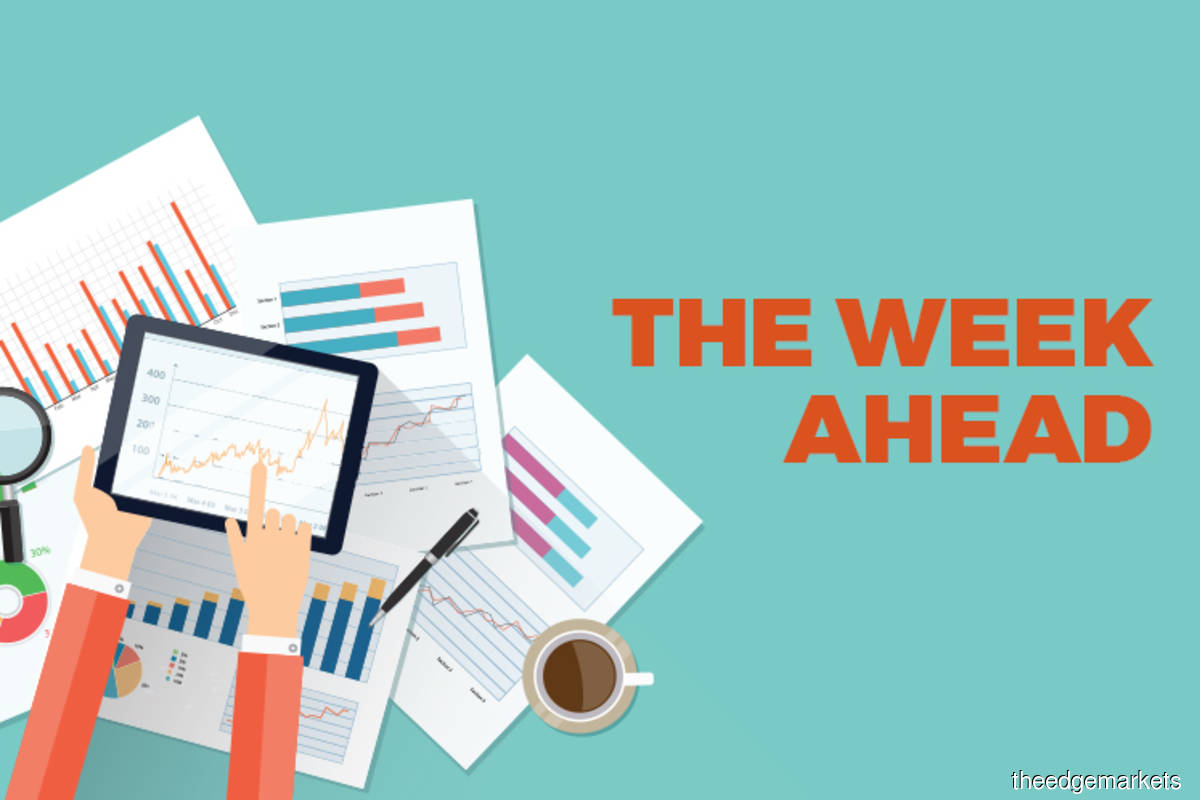 The release of Bank Negara Malaysia’s 2020 annual report on Wednesday will be closely watched, as the central bank usually releases its economic growth forecasts for the year during the event.

It is expected to give its assessment of the country’s economic developments — inflation, private investments, private consumption, the housing market, employment as well as the external debt position — in the report.

Bank Negara will also be releasing its Economic and Monetary Review 2020 and Financial Stability Review for the second half of 2020 on Wednesday.

Meanwhile, it will be a trade-fuelled week for Malaysia and its Asian trading partners, with the Department of Statistics Malaysia kicking off the week with the release of February’s exports, imports and trade balances figures on Monday.

Economists surveyed are expecting exports to grow 7% year on year in February. In January, exports expanded 6.6% y-o-y to RM89.6 billion.

The IHS Markit Malaysia Manufacturing Purchasing Managers Index (PMI) for March will be released on Thursday. In February, the index — the composite single-figure indicator of manufacturing performance — dipped to 47.7 from 48.9 in January. A PMI of more than 50 points represents expansion in the manufacturing sector, while that below 50 indicates contraction.

China is also set to release its official March manufacturing and non-manufacturing PMI surveys on Wednesday, while India, South Korea, Taiwan, Vietnam, Indonesia, Thailand and the Philippines are due to release theirs on Thursday.

Thailand will be releasing its trade data for February on Wednesday. In January, exports in the Land of Smiles grew at 0.35% y-o-y. Indonesia will release its Consumer Price Index (CPI) for March on Thursday, while South Korea will release its CPI data on Friday.

Across the causeway, Singapore markets will close for Good Friday on April 2, and the release of the city state’s official PMI for March will be postponed until April, according to UOB Global Economics & Markets Research’s weekly outlook report.

Meanwhile, the UOB report also states that Vietnam will be the first Asian economy to release its first quarter 2021 gross domestic product data on Monday.

The UOB report adds that there are no major central bank meetings this week in Asia-Pacific. However, there will be some excitement in the energy market, as the 15th Opec and non-Opec Ministerial Meeting will take place on Thursday.

In March, Opec+ surprised markets by holding output steady, signalling a tighter crude market in the months ahead, according to UOB.

Brent crude oil futures were trading at US$63 per barrel at press time, up 24% year to date.

Meanwhile, it will also be a holiday-shortened week for most developed economies, except Japan and the US, because of Good Friday. This includes Canada and most of Europe, which will enjoy an extended long weekend for Easter Monday.

According to the UOB report, it will be a week of substantial US economic data releases, with the focus on the ISM manufacturing survey, initial jobless claims and jobs data. Meanwhile, key Japanese data to be released this week includes February retail sales and the February unemployment rate.

There will also be no central bank monetary policy decisions among the G7 economies this week. According to UOB, attention will be on Chris Waller, a member of the US Federal Reserve’s Board of Governors, who will deliver a speech at Peterson Institute, likely his maiden public speech since his appointment last December.

Over at the Malaysian courts, on Monday, the prosecution is expected to make its submissions to seize RM114 million in cash, including foreign currencies, out of billions of assets from the Pavilion Residences condominium raid three years ago. Umno and former prime minister Datuk Seri Najib Razak claim that the RM114 million belongs to the political party.