The Week Ahead: Local politics and ECB move in the spotlight 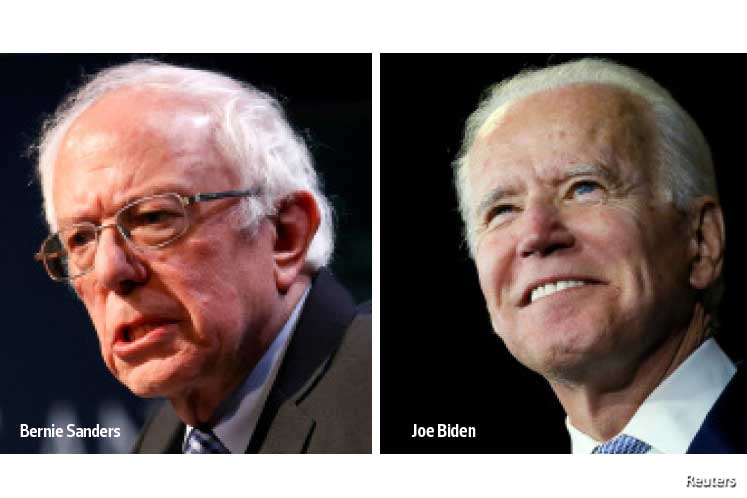 After a tumultuous week in Malaysian politics, there is no guarantee that this week will be different. The week will start off with the swearing-in of a new chief minister of Melaka on Monday. However, at press time, there was no official confirmation of who the new chief minister would be.

Last Tuesday, Adly Zahari announced that he was no longer chief minister of Melaka after the Pakatan Harapan coalition lost majority support in the state assembly, following the political realignment of recent weeks.

What will also be closely watched this week is whether the newly minted Prime Minister Tan Sri Muhyiddin Yassin will announce his new Cabinet line-up. The premier is currently managing all departments without the assistance of any ministers and deputy ministers.

The Prime Minister’s Department said in a statement last Thursday that the line-up was being finalised. The statement came after it was announced that the Dewan Rakyat sitting, which was initially scheduled for March 9, was postponed to May 18. It said the postponement was necessary to give the new Cabinet members a reasonable time to understand their duties and their respective departments.

Apart from local politics, the speed at which Covid-19 continues to spread around the globe will also be closely watched. At the time of writing, the number of cases reported worldwide had reached 98,202, with the death toll rising to 3,381, according to the World Health Organization.

In China, the number of new cases has slowed, suggesting that the outbreak has peaked there. However, it is still spreading fast outside of China. The worst hit countries are South Korea, Iran and Italy.

On Thursday, the European Central Bank (ECB) is meeting. After the US Federal Reserve slashed its federal funds rate by a whopping 50 basis points in an emergency move on March 3, it will be interesting to see if the ECB follows suit.

A Bloomberg poll shows that seven out of 11 economists are expecting the ECB to cut its deposit facility rate by 10bps to minus 0.60% while the remaining four expect the ECB to stay on hold at minus 0.50%, according to a report by UOB Global Economics & Market Research.

“Notwithstanding the recent actions from the Fed and Bank of Canada, we expect the ECB to maintain status quo in March,” it says.

Europe also releases its industrial production data this week. A further decline is expected in January, after a year-on-year contraction last December.

In the US, things are heating up in the Democrats’ presidential nomination contest. The last two remaining candidates are former vice-president Joe Biden and Vermont Senator Bernie Sanders, after the withdrawal of several candidates after Super Tuesday.

There will be primaries in Idaho, Michigan, Mississippi, Missouri and Washington on March 10 and 11, and Democratic caucuses in North Dakota on the same days, according to UOB. The Northern Marianas Democratic Convention will take place on March 14 and 15.

In the Malaysian courts, Datin Seri Rosmah Mansor’s graft trial will resume on Monday. The wife of former prime minister Datuk Seri Najib Razak is charged with soliciting a bribe amounting to RM178.5 million from Jeepak Holdings Sdn Bhd managing director Saidi Abang Samsudin, in exchange for her help in obtaining a RM1.25 billion solar hybrid project in Sarawak in 2016.

Najib’s trial on charges of corruption and money laundering involving 1Malaysia Development Bhd (1MDB) funds will resume on Tuesday. In what is referred to as the 1MDB-Tanore trial, Najib faces 21 charges of money laundering and four abuse of power charges involving more than RM2.28 billion of purported 1MDB funds.

On the corporate front, Cosmos Technology International Bhd debuts on the LEAP Market on Monday.

Integrated Logistics Bhd, where shareholders will vote on the proposed disposal of 65% equity interest in Integrated Etern Logistics (Suzhou) Co Ltd for RM128.7 million. Plastrade Technology Bhd will decide on the proposed acquisition of a business for RM12 million while Digistar Corp Bhd is asking for shareholders to approve a proposed private placement of up to 20% of the company’s total issued shares.