The Week Ahead: All eyes on OPR, Tengku Adnan trial, Digi’s 2Q results 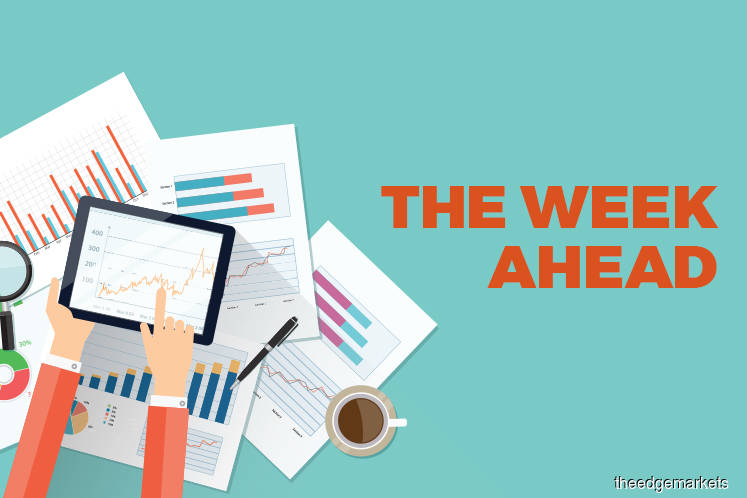 The trial, which began last Tuesday, has the prosecution trying to prove that the member of parliament for Putrajaya had sought up to RM6 million from a property developer for by-election funds. Hearing is expected to resume on Tuesday through to Thursday before High Court judge Mohamed Zaini Mazlan.

Bank Negara had on May 7 cut the OPR by 25 basis points to 3%, in its first rate cut since July 2016. In its monetary policy statement, the central bank cautioned against downside risks to growth from heightened uncertainties in the global and domestic environment, trade tensions and extended weaknesses in commodity-related sectors.

UOB Global Economics & Markets Research expects Bank Negara to stay put on the OPR for the rest of the year.

“We think future decisions are likely to be data and event dependent. We maintain our year-end target of 3%, implying no further cuts this year. This is premised on a better growth trajectory in 2H2019 amid the revival of key infrastructure projects, policy clarity, looser monetary policy and lower base effect. Key risks to the outlook include uncertainty surrounding the US-China trade talks, geopolitical risks, volatile commodities and government reforms,” senior economist Julia Goh said in a report after the May rate cut.

In March, Bank Negara lowered its economic growth forecast for this year to 4.3% to 4.8% from an earlier projection of 4.9%, on expectations of a significant drop in export expansion.

Government data last week showed that Malaysia’s exports grew in May, for the second straight month, but the pace of growth — at 2.5% year on year — was below a 3.6% forecast in a Reuters poll. In April, exports rose 1.1% after a contraction in February and March.

UOB trimmed its export growth projection following the May data. “We lower our 2019 full-year export forecast to 1% to 1.5% from 4% to 5% previously, given dim prospects for global trade in the near term,” it says in a July 4 report.

On Friday, the Department of Statistics Malaysia will release industrial production data for May. The Industrial Production Index grew 4% y-o-y in April.

On the corporate front, telecommunications company Digi.Com Bhd is expected to announce its second-quarter financial results on Friday.

Financial developments at the company will be closely watched after it was revealed in May that rival Axiata Group Bhd is trying to merge with the Asian businesses of Digi’s largest shareholder, Norway-based Telenor Group. In Malaysia, the merger will see Axiata’s unit, Celcom Axiata Bhd, being injected into Digi. The merged entity is expected to become the country’s No 1 mobile operator.

Digi started off the first quarter weak, with net profit falling 11.6% y-o-y to RM341.5 million, due to depreciation cost of RM216 million and finance cost of RM22 million. Nevertheless, it declared a first interim dividend of 4.3 sen per share.

Over in China, all eyes will be on the June trade data, which will be released on Friday, as this may offer clues as to how the country is doing amid heightened trade and technology tensions with the US.

China is also expected to come out with money supply and aggregate financing data this week. On Wednesday, it will release its June inflation — as measured by the Consumer Price Index (CPI) — and Producer Price Index (PPI) data. A Bloomberg survey of economists sees the CPI growing 2.7% y-o-y, the same as in the previous month. PPI, however, is expected to slow to 0.3% y-o-y from 0.6% in the previous month.

In the US, minutes from the Federal Open Market Committee’s (FOMC) June 19 meeting will be out on Thursday. The FOMC, the branch of the Federal Reserve Board that determines the direction of the US’ monetary policy, left interest rates unchanged at the June meeting.

The US will release its consumer credit data on July 9, and two days later, CPI data for June.