A wee dram of joy 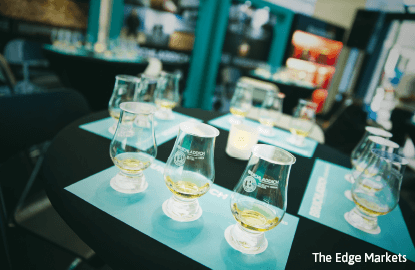 This article first appeared in The Edge Financial Daily, on September 30, 2015. 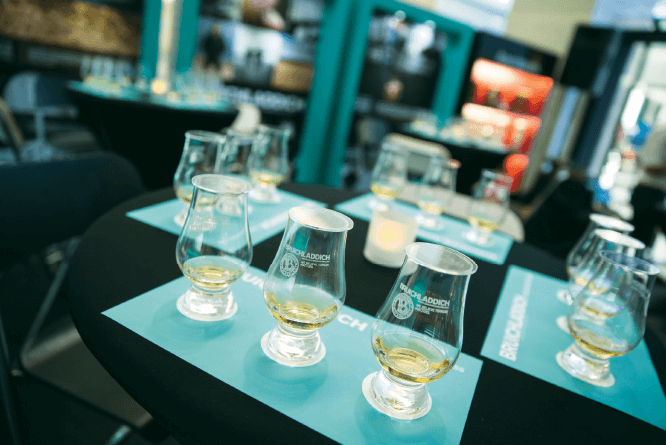 IN a fast-paced age of automation and mass production, a business model that retains time-tested traditional methods and a human touch in its processes is not always a common sight. Yet, the Bruichladdich brand, hailing from the island of Islay in Scotland, strives to champion these standards in the production of its 100% home-grown, barley-based, single malt Scotch whisky.

The Bruichladdich distillery that was built in 1881 went through an array of changes —suffering the Great Depression, two world wars and a period of closure — before it was finally purchased by a high-spirited group of private investors and re-opened in 2000.

Today, the brand takes pride in deep-rooted values and this is apparent from the very beginning of a presentation by its brand ambassador, Murray Campbell, at a tasting session that took place at their pop-up store and bar at Pavilion Kuala Lumpur. The setting of the pop-up bar and store is punctuated with the turquoise accents of the Classic Laddie bottle design, one of the three whiskies that we were introduced to.

Campbell iterates that the brand endeavours to preserve a human touch to things, wherever possible, rediscovering the synergies between distiller, farmer and soil, which the Bruichladdich distillery was founded upon when it was originally built. Mostly owing to the French wine-making expertise and know-how of the principals in the business, the concept of terroir — that the characteristic taste and flavour imparted to a wine by the environment in which it is produced — is applied in making Bruichladdich whiskey as well.

The range of whiskies at the tasting were presented in increasing levels of peatiness — from the unpeated Classic Laddie to the heavily peated Port Charlotte and the Octomore, acclaimed to be the most heavily peated whisky in the world. The barley is subjected to peating at the drying stage, after undergoing the process of malting. For a traditional distillery such as Bruichladdich, the kilns that assist the drying are powered by peat. The smoke from the fuel-source flavours the grain, over a period of time, leaving a tangible impact on its taste.

The tasting session started with the big, creamy flavours of the Classic Laddie. The flavours remained so even after it was slightly watered down and to me, appeared to be the least subtle of the three and was fairly easy to drink. 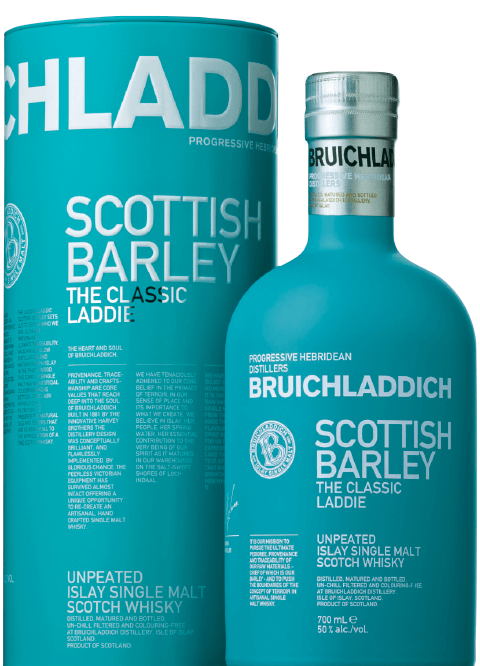 Background: This single malt Scotch whisky showcases the classic, floral and elegant Bruichladdich house style. Unpeated and with 50% abv (alcohol by volume), it boasts the signature bottling of the brand.

Campbell cautioned that this was not always a crowd favourite, and that we may take some time to get accustomed to it. The aroma and taste are both bold, full and dry, a burst of flavours in the mouth when consumed.

Background: Peated to a heavyweight 40ppm and containing 50% abv, Port Charlotte Scottish Barley is a cuvee crafted from casks hand-picked by master distiller Jim McEwan. The spirit gently matures in the village of Port Charlotte before being bottled at the distillery using Islay spring water.

This is more subtle that the Port Charlotte yet maintains the richness of flavour. This is a personal favourite — adding a few drops of water helps the flavour to develop further. Despite the high levels of peat, it is balanced with a hint of sweetness, making it pleasant on the palate.

Background: The Octomore 6.1 is the sixth edition of the range. It contains copious amounts of peat at 167ppm and 57% abv, but with a delicate complexity and finesse. This range aims to challenge convention while paying tribute to the land from which it came and the raw materials that gave it life.

All Bruichladdich whiskies are matured entirely on Islay, non-chilled filtered and free of colouring. The full flavours and distinct characters of the whiskey are very much akin to the values of the brand that celebrates the raw materials and pays homage to the land and people that gave life to this whisky.

Visit the Bruichladdich pop-up store and bar at the 3rd floor of Pavilion Kuala Lumpur until Oct 4. Get a free Austrian crystal whisky glass with the purchase of the Bruichladdich whiskies, or get two glasses with a purchase from the Octomore range.