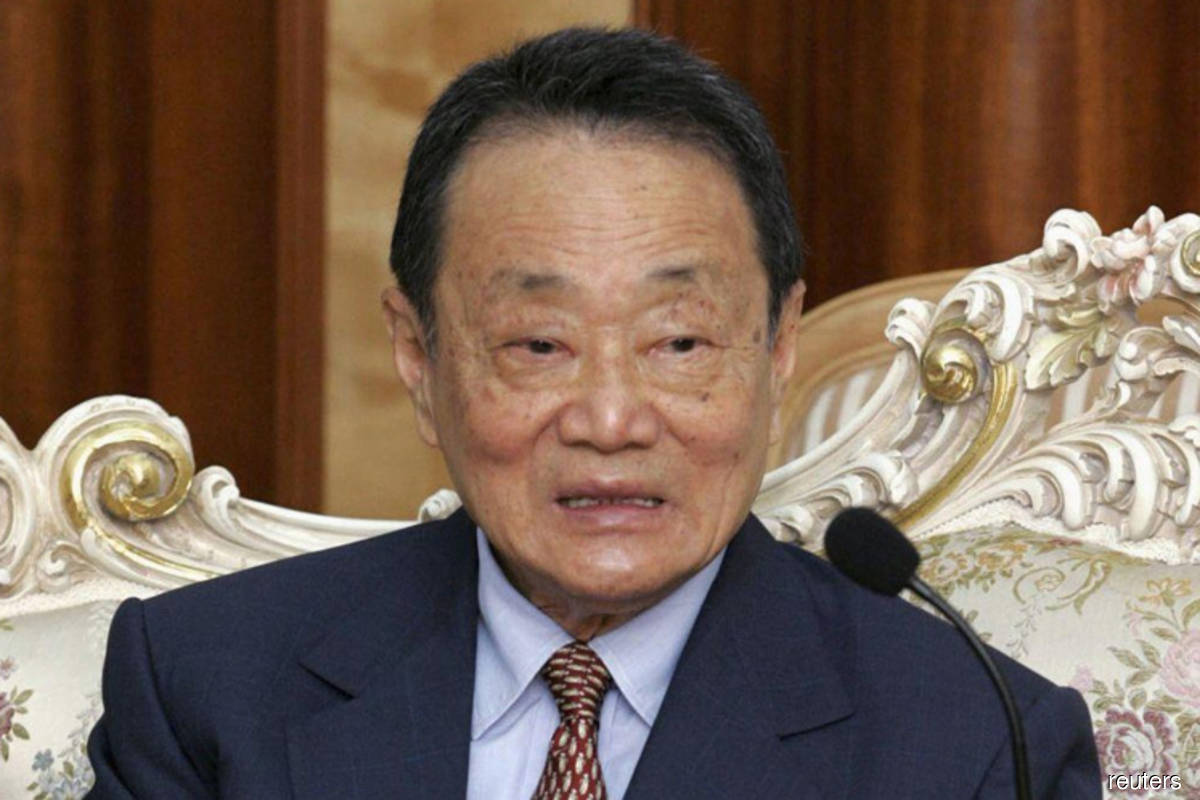 Robert Kuok with US$12.2 billion. (Photo by Reuters) KUALA LUMPUR (June 3): Tycoons on the 2021 Forbes Malaysia Rich List saw a rebound in their collective wealth as it rose 14% to nearly US$90 billion (about RM370.98 billion) this year, after declining for two years, said Forbes Asia.

In a statement today, Forbes Asia said Malaysia’s pandemic-hit economy, which contracted 5.6% in 2020, is expected to get back on track this year, but the country is now grappling with a surge in Covid-19 cases.

While the benchmark stock index was up a modest 2.5% since fortunes were last measured 15 months ago, the nation’s 50 richest saw their combined wealth increase to nearly US$90 billion, up from US$79 billion a year ago, it said.

It said the reversal of fortune can partly be attributed to the country’s dominant position as a medical glove maker to the world.

“In a pandemic year, as global demand for such protective gear increased significantly, Malaysian exports of rubber gloves doubled, boosting the wealth of the nation’s largest producers,” it said.

According to Forbes Asia, five of them were among the 50 richest, with two, Kuan Kam Hon (at No. 7 with US$3.8 billion) of Hartalega Holdings Bhd and Tan Sri Dr Lim Wee Chai (at No. 8 with US$3.5 billion) of Top Glove Corp Bhd, ranked in the top 10.

Robert Kuok continued to top the list. Forbes Asia said the patriarch, who presides over a property and commodities empire, had a fortune of US$12.2 billion and at age 97 was the oldest member of the list.

Tan Sri Quek Leng Chan, the second-generation head of the privately held Hong Leong Group, remained at No. 2 with US$9.6 billion.

Tan Sri Paul Koon Poh Keong, who shares a metal fortune with four siblings, was this year’s biggest dollar gainer. Shares in Press Metal Aluminium Holdings Bhd were up as metal prices recovered, adding US$3.4 billion to their wealth and propelling Koon and his brothers to the third place with a net worth of US$6.4 billion.

Meanwhile, there were five newcomers on this year’s list. Among them were brothers Tan Yu Yeh and Yu Wei of MR DIY Group (M) Bhd, a listed home improvement chain. They were the richest newcomers at No. 10 with US$2.7 billion.

However, Forbes Asia said, the pandemic took its toll on 19 listees, whose fortunes fell. Among the hardest hit were casino moguls Tan Sri Dr Chen Lip Keong (at No. 9 with US$3.4 billion) and Tan Sri Lim Kok Thay (at No. 11 with US$2.55 billion).

According to Forbes Asia, the minimum net worth to make the list this year was US$315 million, up from US$255 million last year.

The top 10 richest in Malaysia are: