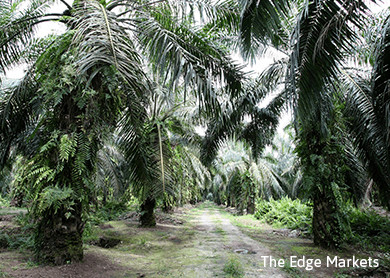 In a note, CIMB analyst Ivy Ng Lee Fang said the 4% y-o-y rise in CPO output would only partly offset the 7% drop in local CPO prices during the period.

"However, 3Q15 results should be much better than 2Q15’s, as the 11% q-o-q (quarter-on-quarter) bounce in output should more than offset the 7% q-o-q drop in average CPO price.

“We expect near-term CPO prices of RM2,100-2,500 per tonne and maintain our average CPO price forecast of RM2,230 per tonne for 2015 and RM2,450 for 2016. We maintain our Neutral sector rating, with a preference for First Resources, Astra Agro and Genting Plantations," Ng said.

Today, Ng said the inventory level was higher than analysts' forecast. Higher palm oil inventory does not bode well for the commodity's prices.

“The stock level was 4% ahead of our and consensus (Bloomberg and Reuters) forecasts of 2.72m tonnes, due mainly to higher-than-expected output and imports. We are negative on this, as palm oil stocks are above our and Bloomberg consensus estimates, and the US raised its soybean production to record levels yesterday

"Our initial tentative estimates suggest that palm oil stocks may rise by another 1% m-o-m (month-on-month) in November to 2.86m tonnes, before receding in December," she said.