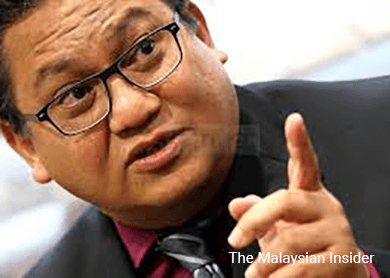 He said although the bipartisan committee had initially wanted to wait for the A-G report, it unanimously decided to launch its own proceedings when accusations were thrown against Barisan Nasional (BN) and Umno in particular.

“Many have questioned why the PAC had not waited for the A-G report that will present its initial findings to the committee at the end of June.

“The PAC wanted to wait but decided to begin the 1MDB proceedings, after taking into account many factors that had caused concerns of the people, and especially when it changed to a political issue, with many accusations thrown against BN and Umno,” the Umno lawmaker wrote in his column on The Malaysian Insider yesterday.

The crisis surrounding the state investment fund invited all sorts of criticism and perception, and has become an “ammunition” for Pakatan Rakyat to attack the BN government, Nur Jazlan said.

“It has been the main ammunition for Pakatan to slam the BN government, especially Putrajaya under [Prime Minister] Datuk Seri Najib Razak in administration, financial management and abuse of power, and has now spiralled to the private and family issues of the government’s No 1 leader,” he added.

Nur Jazlan said the parliamentary committee is part of the legislative arm and had powers and responsibilities, according to the law, to investigate any government-owned company that uses the people’s money or any public funds.

“And this investigation into 1MDB is not the first the PAC, led by me, has done. We launched proceedings into the klia2 project last year,” he added.

“Taking that example, the PAC took almost a year to complete the report, which was eventually presented to the Dewan Rakyat last November.”

PAC members, comprising eight BN parliamentarians and five from the opposition, unanimously decided to begin the proceedings into 1MDB in a special meeting on April 30.

Nur Jazlan previously said the PAC could not wait for the A-G report on the troubled company, as there was too much speculation by the public on the investment firm’s financial standing.

This came after Najib, who chairs the 1MDB advisory board, ordered the A-G to look into the company’s books, saying the report would be passed to the PAC for transparency inspection.

Criticism has been mounting against 1MDB, after it raked in RM42 billion in debts since its formation in 2009.

Najib has come under fire over the fund’s debts, reports of mismanagement and dubious dealings, with his supporter-turned-critic Tun Dr Mahathir Mohamad calling for his resignation over the controversy.

The PAC began its probe into 1MDB on May 19, with Treasury secretary-general Tan Sri Irwan Serigar Abdullah, who is also a board member of 1MDB, and Datuk Seri Dr Rahmat Bivi Abdullah, director-general of the Economic Planning Unit.

Nur Jazlan said 1MDB investigations cannot just include the company’s financial standing or debts, but must go back to the history of its inception.

“This is important to ensure that every angle and scope of 1MDB is investigated to come up with a report that is really comprehensive, transparent, fair and not lopsided,” he added. — The Malaysian Insider