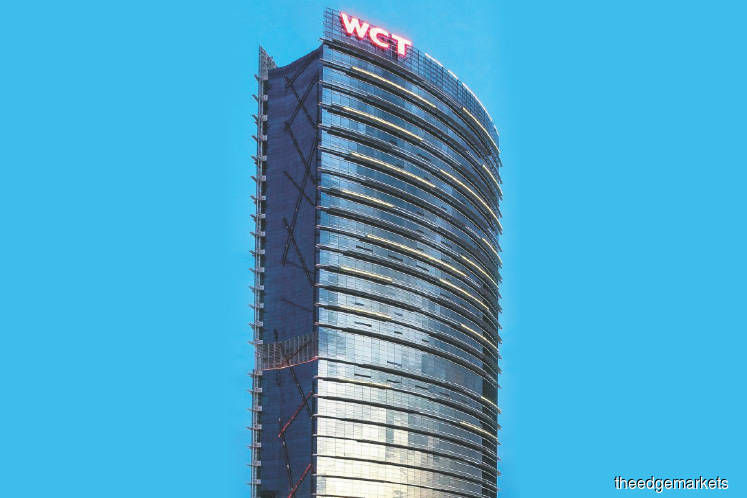 In a stock exchange filing, WCT said Lendlease had, in a letter dated July 11, confirmed its intent to award the works for the project known as the 'Proposed Commercial Mixed Development on Plot 1' to WCT Bhd (WCTB), a wholly-owned subsidiary of the company.

The contract comprises the construction of a four-level shopping complex, three levels of car park, a level of open landscape with retail space, an information centre (future development), as well as the future development of Lot PT157 in Seksyen 67 of Jalan Tun Razak.

The award is subject to the terms of a preliminary works agreement (PWA) executed between Lendlease and WCTB today, and the execution of a trade contract prior to Oct 10, which is when the PWA will expire.

Pursuant to the PWA, WCTB shall proceed with certain preliminary works, such as the procurement of performance bond and the relevant insurance, commencement of mobilisation activities, mobilisation of project staff, plants and equipment, and sending of notification to local authorities.

WCTB is entitled to be paid up to a maximum of RM27.75 million for carrying the preliminary works under the PWA.

The Lifestyle Quarter is a 17-acre retail-led mixed use development that will be delivered by a joint venture between the Australian property and infrastructure group Lendlease (60%), and TRX City Sdn Bhd (40%). TRX City is a wholly-owned subsidiary of the Malaysian Ministry of Finance.

Lendlease is the development and construction manager for the Lifestyle Quarter project, which comprises a luxury hotel, six residential towers and a large-scale retail destination connected to the TRX Park, with a dedicated Mass Rapid Transport (MRT) station.