The way forward for civil engineering 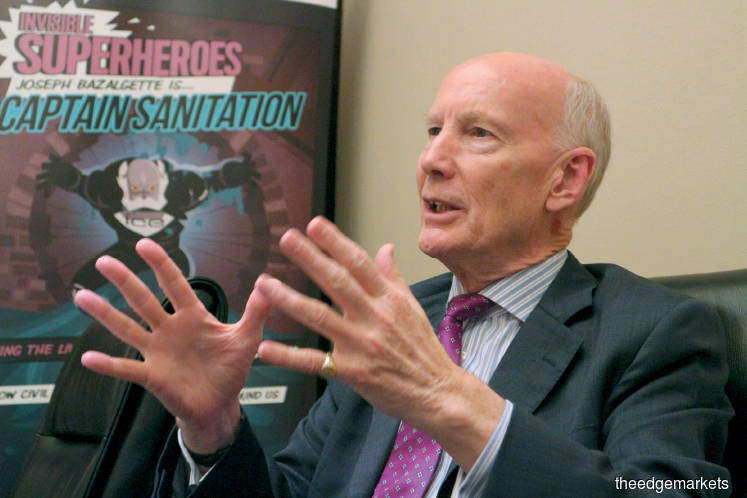 Like other professionals, civil engineers will have to evolve with the times and incorporate new technologies. This means using things like drones, robotics, artificial intelligence (AI) and machine learning as well as harnessing the developments in sustainable energy such as solar, wind and tidal power.

“The profession will no longer only be about digging holes in the ground,” says Lord Robert Mair, president of the Institution of Civil Engineering (ICE). The institution, which celebrates its 200th anniversary this year, has been working on many smart city projects, equipping cities with infrastructure such as fibre optics and wireless sensors.

Mair points out that devices can now be programmed to take certain measurements to inform the owners of the infrastructure of their performance — the way cars are able to indicate if the tyre pressure is too low or new brake pads are needed.

The democratisation of sensors, data storage and computing devices has popularised the concept of smart buildings. According to a World Economic Forum report, the owners or end-users of smart buildings stand to gain from these features, including reduced operating costs through a reduction in energy usage, greater comfort through improved lightning and temperature control, and increased operational efficiency through remote servicing.

ICE is undertaking various efforts to prepare future civil engineers for the technological advances, says Mair. At Cambridge University, for example, the Centre for Smart Infrastructure and Construction (CSIC) was founded in 2011 to innovate and develop solutions for the infrastructure and construction industries, as well as to accelerate and enable knowledge transfer for emerging technologies.

The CSIC works with contractors to demonstrate how the new technologies can be used on-site. “There is a huge project in London called the Crossrail, which is basically a larger version of Malaysia’s mass rapid transit (MRT) project. It involves a new underground line right under London with eight new stations,” says Mair.

“My group at Cambridge installed sensors in the Crossrail structures, such as the tunnels and shafts. The sensors will not only provide information on the construction but also how the completed structure will perform over the next 20, 30 or even 50 years.”

Data analytics is not the only game-changer in civil engineering. Off-site manufacturing (OSM), also known as the Industrialised Building System (IBS) in Malaysia, has completely revolutionised the construction industry.

Traditionally, construction is a slow and inefficient process, says Mair. “Workers have to build a floor, wait for the concrete to dry, then put a lot of formwork (temporary moulds) to support the weight of the next floor’s concrete. It can take a few weeks for the concrete to be hard enough for the workers to proceed ... the whole thing is just very slow.

“With OSM, the components are manufactured under controlled conditions in a factory and then brought to the site to be assembled. It makes construction faster and more efficient, with the end result being of higher quality while sharply reducing manpower needs. You won’t see a lot of people at the factories where the components are cast. There are just conveyor belts and robots. That is the changing world of civil engineering.”

While OSM is still considered a new concept, more large projects are adopting it, says Mair. “One example is the Leadenhall Building — a skyscraper in London that has been nicknamed The Cheesegrater. About 80% of the building was manufactured at a factory.”

Talent gap and other challenges

On Jan 15, ICE got together with the Institution of Chemical Engineers and Institution of Mechanical Engineers to establish a regional hub in Kuala Lumpur. On the state of the profession in Malaysia, Mair says he is impressed with the civil engineering developments here, especially projects such as the Stormwater Management and Road Tunnel (SMART Tunnel).

“It was quite a while ago, but it is highly regarded around the world because the concept of a road tunnel that doubles up as a storm drain is very innovative. Additionally, I understand that the high-speed rail link between Kuala Lumpur and Singapore is also going to proceed. That will involve some very advanced engineering, especially due to the complicated ground conditions,” he says.

To construct a long horizontal tower underground, a series of boreholes is drilled into the earth to determine the ground conditions and predict the tunnel design that will work best. KL has clastic (rocks composed of broken pieces of older rocks) limestones, which can be a challenge to work with as they may have big holes in them.

While a shortage of talent in the relevant disciplines are a global problem, it is even more keenly felt in Malaysia, especially with the large upcoming projects such as the KL-Singapore high-speed rail and the MRT2 line. “That is why ICE has been pushing to raise the public awareness of what civil engineers do for society. We want to make young school children excited about the fact that there is a profession full of challenges, involving a lot of teamwork, is pretty well-paying and inclusive of both men and women. It also comes with the satisfaction of knowing that they have played a part in erecting infrastructure,” says Mair.

Another challenge is projects being approved without the proper standard operating procedures. An example was the Sultan Mizan Zainal Abidin Stadium in Terengganu, which suffered a major roof collapse under normal weather conditions despite only being open for a year. Investigations revealed that it collapsed due to a nasty cocktail of serious engineering flaws, shoddy workmanship, inferior materials and a lack of expertise among the project management team.

One way to tackle this problem is to set up a professional conduct panel. “We may receive allegations from the public or an ICE member, saying that a particular engineer has acted unprofessionally. These cases are investigated carefully. If the engineer is found to have misbehaved, he or she will be thrown out of the institution,” says Mair.

He adds that at any one time, there are about 20 cases of unprofessional conduct. “In many cases, the conclusion is that the engineer in question has not acted unprofessionally and the case can be dismissed. But this is after very careful investigation.”

ICE, which was founded in 1818, is a professional body with 92,000 members globally. Its MICE (Member of the Institution of Civil Engineering) qualification gives members international recognition for their knowledge, ability and skills.

Mair describes the qualification as the gold standard for the industry. “It is a fantastic qualification, highly regarded around the world. In some countries such as Hong Kong, engineers working on government projects are required to have the MICE certification,” he says.

ICE recently launched a new qualification — the AMICE (Associate Member of the Institution of Civil Engineering) — which is open to a wider field. Applicants are not required to go through the more rigorous training programmes and will have access to all the ICE information, journals and documents after they obtain the qualification.

Mair hopes that civil engineers will play an even more important role in society, especially in tandem with the changes that are currently taking place in the world. “When I was young, only a third of the world’s population, about one billion people, lived in cities. Today, it is two-thirds, close to six billion. Urbanisation is going to be a huge challenge, so engineers have to do everything possible to make living sustainable,” he says.

One of the main challenges is the provision of fresh, safe, drinkable water. “Finding water, building a dam and the pipework, delivering the water to the middle of the city — that is all civil engineering. And it is only going to get more complex,” says Mair.

He recalls the achievement of 19th century civil engineer Joseph Bazalgette, who created a sewer network for central London to relieve the city of cholera epidemics. “At the time, 10,000 people died from cholera a year. People thought the disease was airborne, but a medical doctor, John Snow, realised that the main source of the disease was a communal water pump — the sewage had contaminated the drinking water. So, Bazalgette constructed a network of sewers to intercept sewage outflows. That saved thousands of lives.”

This kind of stories motivates civil engineers. “Hopefully, we will hear a lot more of them over the next 200 years,” says Mair.