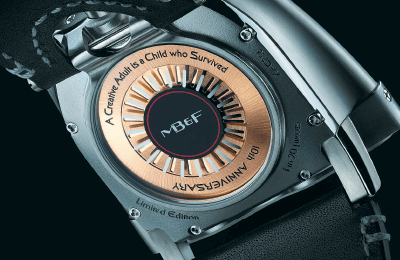 TO celebrate 10 years of making absolutely crazy watches, niche brand MB&F is releasing Horological Machine X (HMX for short). Instead of making its most complicated watch to date, MB&F went in the opposite direction and made its most affordable watch yet. At US$30,000 (RM111,300) it’s a fitting birthday present for the world’s devotees of haute horology. 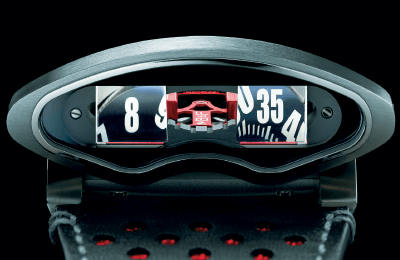 The HMX looks like something from the future, but reading the time is extremely easy. There are two rotating discs, one for the hours that jumps instantaneously and another that spins slowly to show the minutes. They are horizontal, but a pair of lenses projects them onto the vertical plane, and you just read the time as on a digital clock. The colour accents come in four different colours — blue, red, green, and black — to suit different tastes.

If you’re an MB&F fan, you’ve probably already noticed that the HMX looks a little familiar. It closely resembles the HM5, nicknamed On The Road — both are inspired by 1970s wedge cars. The HMX is a little more rounded and has that domed crystal on top instead of the fins on the HM5. But while the inspiration is the same, the mechanics and construction are radically different. 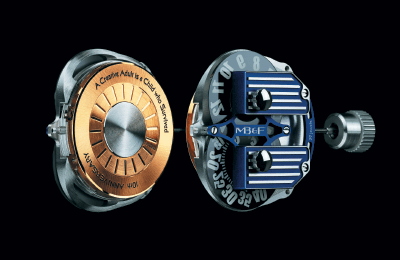 The movement’s engine styling is more than just decoration; those little caps on the engine block bridges can be removed by a watchmaker, allowing him to oil and lubricate the bearings that hold the time discs. Underneath is a full, disc-shaped rotor made from 22-karat red gold that winds the watch. To optimise value, MB&F chose to use a gear train from movement maker Sellita to power the two-disc module, instead of developing something new entirely in-house. Snobs might scoff, but it’s a conscious decision and for the right reason — to keep price down and the watch within reach for more people.

Holding all this is the steel-and-titanium case, with the dramatically curved sapphire lens on top. This lets you admire the movement, but more importantly, it’s critical to allowing in enough light to make the projections of the time discs visible, even in dim rooms. The watch isn’t small, but the materials keep it lightweight and wearable.

For a brand known as a boundary pusher to rein things in and do something restrained and customer-focused like this for its anniversary is refreshing. MB&F could easily have made a handful of million-dollar pieces, with high margins, and sold every single one of them. But not only is this a treat for dedicated collectors; it also offers a way into the brand’s history for those who have been watching from the sidelines for the past decade. I like it.
The HMX is limited to 20 numbered pieces in each of the four colours (for a total of 80, a high number for MB&F), all priced at US$30,000. — Bloomberg 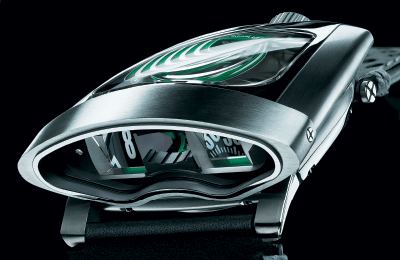 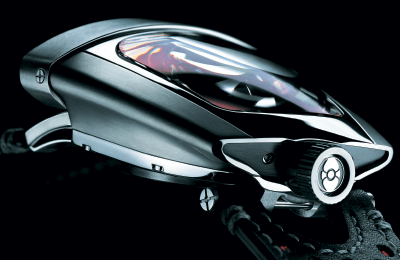