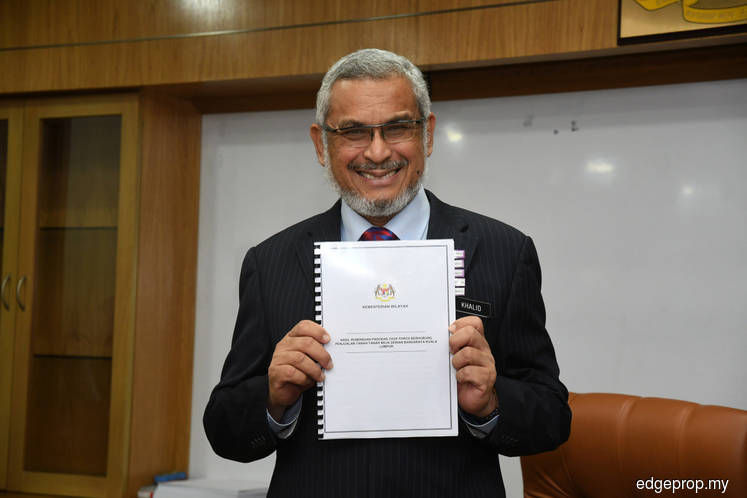 FT Minister Khalid Samad said three sets of negotiations were carried out between Sept 25 and Oct 4 by the special committee, which comprises officers from his ministry and DBKL, with the landowners or developers of the land.

Among the 23 deals which are in the negotiation process, 16 are completed and the developers have agreed to “top-up” the transaction price while three cases require valuations from the Valuation and Property Services Department (JPPH).

Another three transactions are being negotiated while the developer of the last transaction is looking at taking legal action to resolve the disputes.

“As the result of the negotiations, an extra RM149 million will be added to local government funds. On top of that, some of the developers have agreed to contribute a total of RM6 million to the local government funds as part of their Corporate Social Responsibility (CSR) programmes,” he told the reporters at a media briefing today to share updates on the special committee’s findings.

He said the collected funds will be chanelled towards public housing development.

According to the findings, 43 land deals are assessed as fair and have been given the green light to proceed with development, 10 land deals have been terminated by both buyer and seller while one developer was unhappy with the request to renegotiate the price and has decided to bring the case to court.

Another 20 land deals where the developments have been completed are excluded from negotiations but the land deals will continue to be investigated by the Malaysian Anti-Corruption Commission.

During negotiations, the authorities have ordered all projects on these 97 pieces of land to be suspended until the review is done.

Khalid noted that during the negotiation process, there were some developers who refused to renegotiate the transaction price as they insist that the deal is “by willing seller and willing buyer basis”.

“They have their grounds but the deal is unfair as the valuation of the land is worth RM120 million, however, they are paying RM40 million for it. This is an unfair deal to Malaysians, I hope they could reconsider the deal and doing the right thing,” he stressed.

He said there are two developers who refused to renegotiate the transaction price and are looking at taking the case to court as the authorities refused to approve their projects.

He did not disclose the developers’ details but revealed that the tracts are in Kepong and Setiawangsa.

On the terminated deals, Khalid said a total of 53.96 acres of land have been claimed back by the ministry and the payments made by the buyers have been returned.

Khalid stressed that the findings by the special committee are mainly focused on the transaction price and commercial assessment, on whether the lands were transacted at fair value, and not whether there were elements of corruption as the ministry does not have the authority to review the financial account of the developers or landowners.

“The review of the 97 dubious land deals is now completed and the report will be submitted to the Malaysian Anti-Corruption Commission (MACC) for further investigation on corruption cases,” he noted.